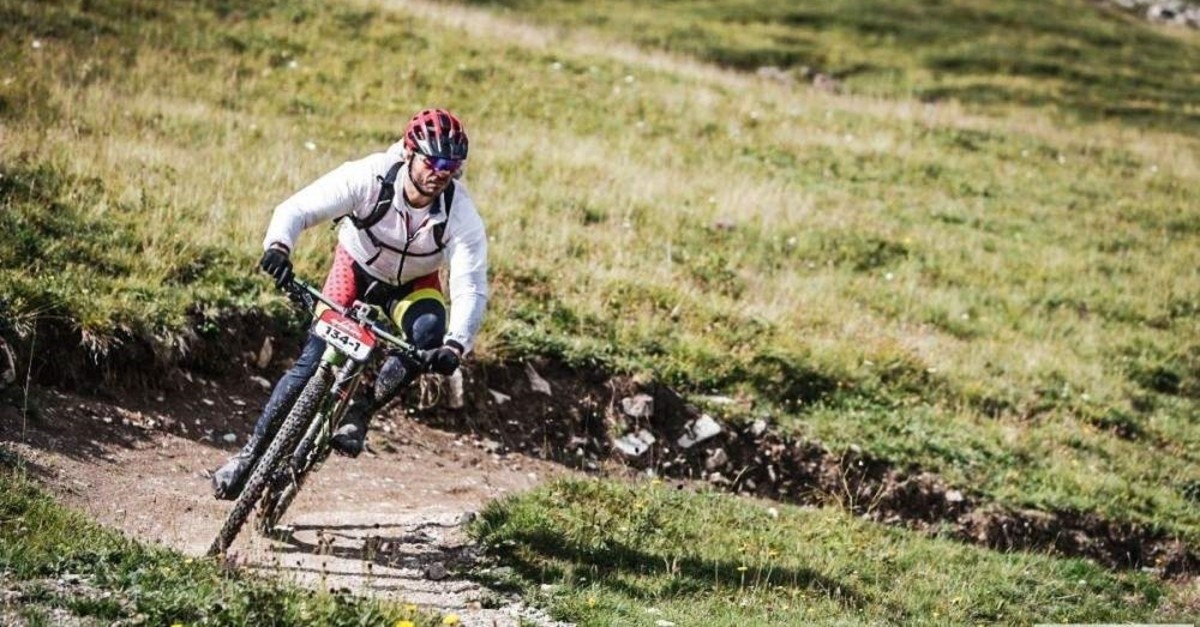 The Epic Legend is the highest echelon in the world of mountain biking.
by Leyla Yvonne Ergil Nov 14, 2019 3:51 pm

The Epic Legend is the highest echelon in the world of mountain biking and two avid bikers are about to become the first Turks to be given the title once they complete the upcoming The Pioneer race, which will take place in a fortnight in New Zealand. The elusive Epic Legend medal is won, when the three Epic Series Legend Races are completed. The most competitive mountain bike stage races in the world, the Epic Series consists of the over 600 kilometer and eight-day Absa Cape Epic, which takes place in South Africa, the five-day and 350 kilometer Swiss Epic in the Alps and The Pioneer, which is a six-day 430 kilometer ride that will take place from Dec. 1-6 in New Zealand. Only those athletes who are able to complete these three challenges are awarded the “Epic Legend” medal.
Erman Balkin and Sarper Sesli are two highly experienced riders in the world of bikes that will be pursuing this title in the next fortnight, which will not only make them the first Turks to complete the challenge, but also two of the just dozen or so people in the world to ever be awarded the Epic Legend medal. In an effort to contribute to social responsibility in their plight, they also hope to collect donations, which will go to the Türkiye Eğitim Gönüllüleri Vakfı.
Erman Balkin and Sarper Sesli first started their epic biking journey with the Cape Epic two years ago. After competing together in the Cape Epic, they embarked on a record journey entitled Cape2Istanbul, which saw them riding motorcycles from Cape Town to Istanbul as a first and over the course of four months. Erman has since competed in countless mountain biking competitions in Turkey, Greece and well all over the world, while Sarper Sesli, who is based in South Africa, continues to give motorcycle tours in destinations throughout the globe with his tour company Ride the Earth.
I had the opportunity to catch up with Erman as he gets ready to meet his partner in New Zealand to take part in the six-day The Pioneer race, which will have them traversing the Southern Alps by day and camping out by night to claim the ultimate mountain biking title of Epic Legend. Given this opportunity, I asked this seasoned rider where the best courses were for mountain biking in Istanbul and throughout the country.
In Istanbul, Erman suggests the Belgrade Forest, which he says has a path spanning nearly 50 kilometers. Another great option is the ride from Çekmeköy, which starts at the Migros and takes you all the way to Pölönezköy at approximately 50 kilometers, where you can have a nice lunch he tells me. As is Maltepe’s Aydos mountain range, which is much shorter at nearly 15 kilometers but a more challenging path that starts surprisingly close to the city center. Each of these destinations are easily accessible by public transportation, Erman says, adding to be aware that there are certain hours and conditions related to transporting bikes on public buses, such as it is near impossible to do so at rush hour. Otherwise, Istanbul also has the paths that run from Beşiktaş to Sarıyer, which is a 60-kilometer ride both ways and is great for training, says Erman adding that the path from Moda to Tuzla is also a similar and easily accessible ride for those on the Asian side.
As for Turkey as a whole, Erman resides in a town at the base of the Ida Mountains and enjoys the forest paths for his practice. But when it comes to the ultimate cycling path in Turkey, he tells me that biking in Cappadocia is unlike anything in this world and is an experience every mountain biker should try at least once. There is also the annual Salcano Cycling Festival that takes place most years in the summer months.
Down in Olympos is Turkey’s biggest endurance biking race that is held on the hills of Tahtalı Mountain near Kemer in Antalya. There are also great courses in İzmir’s Çatalkaya and in Uludağ in Bursa, Erman shared adding that he also regularly competes in competitions held on the neighboring islands of Greece, and especially on Lesbos and Chios, where there is significant interest in the sport and races held throughout the year. Even though Erman is one his way to becoming an Epic Legend in the next few weeks, he will continue to compete in the Epic races and plans to head to California to train on the mountain biking paths stateside while travelling via camper to compete in the next Cape Epic race held in South Africa after which he will return to his home on the Aegean, İnşallah!
Last Update: Dec 20, 2019 1:41 am
RELATED TOPICS