January events by and for expats in Istanbul 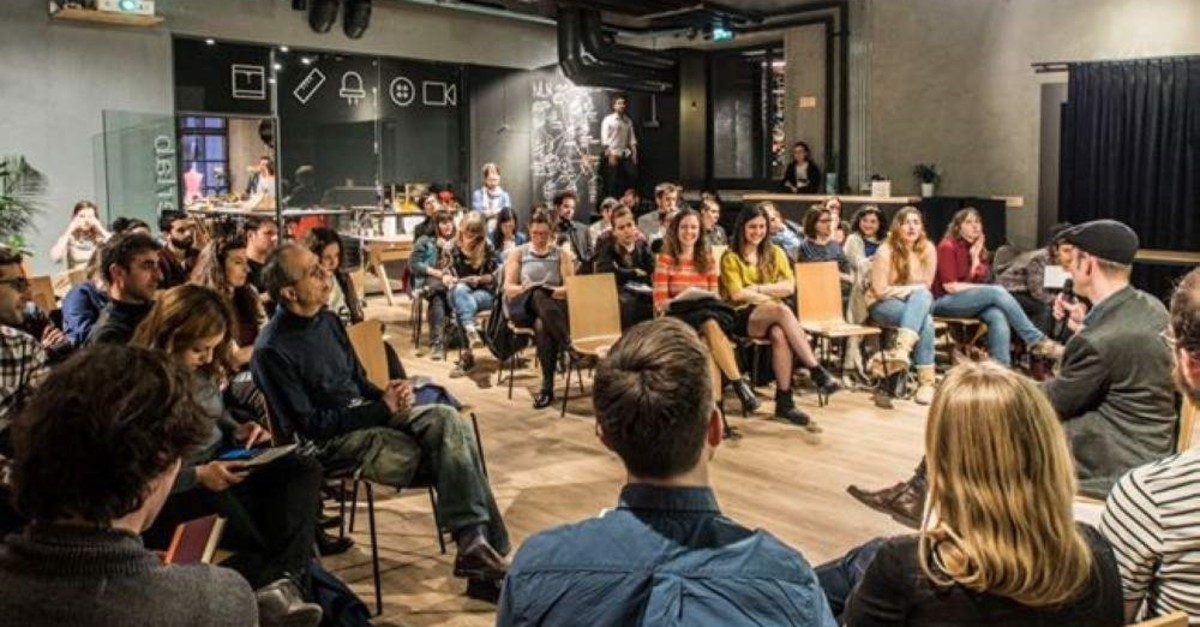 The start of a new year is a great time to get out there and try something new, so why not take part in one of the many events offered by the expat community?

Want to start the new year off with networking, mingling and meeting new friends? Well, then check out these interesting and varied entertaining events geared to all sorts of expats in Istanbul.

Jan. 3: An Evening of Improv

Start the year with a laugh by witnessing tonight's "An Evening of Improv" show that will take place at Yota Sahnesi in Beyoğlu. The Clap, which for years now has been Istanbul's resident expat and improvisation comedy troupe, will be performing in English and taking the stage from 8:30 p.m. to 10:30 p.m. on Friday, Jan. 3.

Released last October in both English and Turkish versions, the anthology "Expat Sofra: Culinary Tales of Foreign Women in Turkey," features 33 female writers that are also expats in Turkey, who share their unique culinary experiences as well as a corresponding recipe and photograph. Co-editors Katherine Belliel and Francesca Rosa will be giving a reading and talking about the book this Saturday, Jan, 4 at the bookstore Diyojen Sahaf's cafe in Beşiktaş from noon to 2 p.m. While this event is hosted by PAWI (The Professional American Women of Istanbul), it is open to all and there will also be books available for purchase and to be signed by the editors themselves.

Luckily for expats in Turkey, there is Yabangee, a volunteer-driven community platform that runs an informative and entertaining website informing foreigners on life in Turkey and of ongoings in Istanbul and also hosts a number of event series themselves. Every Saturday, Yabangee's student team hosts an "International Meetup Party" for newly arriving students and younger expats to meet and mingle. This weekly party, which will next take place on Saturday, Jan. 4, is held at Loot Terrace in Taksim starting at 10 p.m. and involves lively music and dancing and entry is free.

Yabangee's Trivia Night has become a steadfast tradition for many an expat who enjoys challenging their minds while mingling with others. On Thursday, Jan. 9, the 30th edition of Yabangee's Trivia Night will be taking place at Ekşi Limon, which is the former Arsen Lüpen in Beşiktaş. The doors open at 7 p.m. and the quiz, in which questions are read aloud in English and in Turkish, will begin at 8 p.m. Entry into the quiz is TL 20 per person, participants must be aged 18 or older, no cell phones are allowed to be used and there are maximum six members to a team, however, participants are welcome to come alone and be paired up with others.

On Saturday, Jan. 11, Pop-Up Dinners Istanbul will be ringing in the Chinese New Year, with a special dinner devoted to the celebration "Year of the Rat 2020". Hosted by Kay, a Dutch Singaporean expat and former restaurateur from her home in Cihangir, the gourmet feasts dished up by Pop-Up Dinners Istanbul have become a popular meeting grounds for members of the expat community. The guest list fill sup fast for these dinners, which start at 8:30 p.m. and this particular evening's menu will include Chinese food favorites such as spring rolls, hoisin beef pow, daikon cake, Hainanese chicken rice and chicken soup with prawn wontons, sesame noodles, smoked chicken, Chinese beef jerky, fried rice with Chinese sausage, fish in a black bean sauce MaPo tofu and could ear mushrooms with garlic.

On Monday, Jan. 13, the Netherlands Institute in Turkey will be hosting a panel of academic scholars that will take place in English from 6 p.m. to 8 p.m. at Anamed (Research Center for Anatolian Civilizations) which is located on İstiklal Avenue in Beyoğlu. Entitled "Reframing the Turkish Novel: New Perspectives on Literary Narratives", the panel intends to discuss narratology and its prospects in regards to Turkish literature through examining a number of historical and modern literary works including "Akabi's Story" by Vartan Pasha, "Blue and Black" by Halit Ziya Uşaklıgil, Ahmet H. Tanpınar`s iconic novel, "A Mind at Peace" and Orhan Pamuk`s "Silent House".

One of Yabangee's newer event series is their monthly Karaoke Night: Release Your Inner Star, which resumes this year on Friday, Jan. 17 at Ekşi Limon, starting at 9:30 p.m. This lively karaoke event is free and open to all and is a great opportunity to meet new people and mingle, while also trying your skills at singing a song.

One of the most innovative events that takes place every month in Istanbul is the Expat Spotlight talk series in which a handful of expats share their personal experiences and stories on a specific topic for an eager audience. Held in conjunction with Yabangee and ATÖLYE, a co-working and creativity platform in bomontiada, where the event is hosted, this month's Expat Spotlight, which will be the talk series' 27th edition, will feature members of the expat community involved in the "Film and Television Industry". Taking place on Wednesday, Jan. 22, at 7:30 p.m., with doors opening at 7 p.m. the Expat Spotlight series is free to attend and takes place in English.