Valentine's Day special: The quirks of loving a Turk 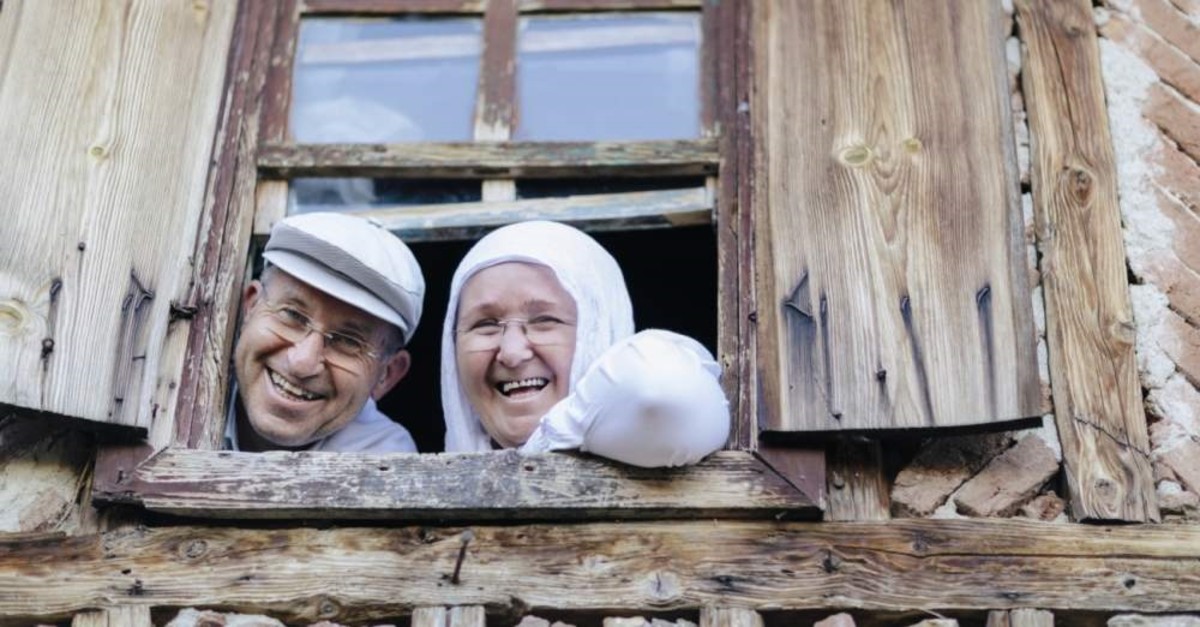 Nobody said being in love with a Turk was easy, but once you find your match, you'll feel never so loved. (iStock Photo)
by Leyla Yvonne Ergil Feb 13, 2020 3:50 pm

Ever dated a Turk? Then you may have noticed they have a few quirks when it comes to dating, marriage and relationships – and especially in the words they use to describe their feelings

While Valentine's Day was admittedly not celebrated much in Turkey a few decades ago, since the millennium, it has gained widespread popularity, especially in the country's major metropoles – as can be attested to by the sheer number of ribbon-laced advertisements donning the streets.

But what does Valentine's Day truly mean to the Turks? After all, how and at what level it should be celebrated could be the cause of confusion for many an expat engaged in romantic relationships with one of the country's natives.

So, let's start with the basics: first of all, Valentine's Day in Turkish is referred to as "Sevgililer Günü" – which best translates to "The Day of Lovers." Thus, to wish someone a "Happy Valentine's Day" in Turkish, one would say, "Sevgililer Günün Kutlu Olsun" – although you may want to reserve this phrase for closer acquaintances as it is admittedly not that prevalent a holiday just yet.

A recent poll taken by a private survey company in Turkey regarding Valentine's Day trends revealed that in reality, just over 30% of the respondents actually planned to celebrate the holiday. Other findings showed that 50% of the participants believed in "true love," while approximately 36% of men and 33% of women respondents believed in "love at first sight." Meanwhile, as for the question of how participants actually met their own partners, 50% responded that it was through families and acquaintances.

At the same time, a survey conducted by a major credit card company among 17 different European countries also had some interesting findings that may help guide you in selecting a Valentine's Day gift for that special Turk in your life.

According to the survey, the majority of women in Turkey expected to be given gifts by their partners rather than purchasing gifts themselves. Accordingly – and most likely due to the fact that it is mostly men buying the gifts – a fourth of Turkey's Valentine's Day purchases are done the day before the holiday.

Meanwhile, according to the survey, the absolute worst gift that can be given to a Turk is straight-up cash, which was actually seen as being offensive and could even lead to an argument, a notion that was over doubly prevalent among the Turkish participants.

When worlds collide: a love guide for expats in Turkey

In Turkey, love is simple, love is fast and love is a three-letter word called "aşk." While aşk translates into English as "love," "aşık" means to be in love, while "seni seviyorum" is that ever-longed for construct of: "I love you."

The "I love you" moment as we know it in the English-language world, in which couples admit and commit to one another and that generally comes at a more advanced stage in the courting process, is a statement that can be breached near immediately in Turkey.

This could be due to both the fact that they are die-hard romantics and hence 50% believe in "true love" but could also be simply due to the difference in language. It is much more prevalent to simply say, "Seni seviyorum" or "Seni çok sevdim," the latter of which can also mean, "I like you a lot" and hence comes the confusion.

The statement of "liking" someone, aka the stage preceding the state of "love" in English, is referred to in Turkish in a number of ways and with differing meanings. "Senden hoşlanıyorum" is the literal translation of "I like you;" however, it also means "I have taken a fancy to you" and can thus be perceived as flighty and noncommittal to a potential Turkish partner. "Seni beğeniyorum," on the other hand, while also meaning "I like you," takes on more of the meaning of admiring someone and most regularly can be attributed to physical appearances. Thus, the Turkish romantic can get stuck for a loss of words and understandably succumb to the ever-present phrase "seni seviyorum" – even if it is a new and just blossoming coupling.

Then again, the Turks do love to dive right in, and suddenly you may find yourself verbally planning vacations and future plans and speaking in the "we" form (that is – "biz"). It can even be quite offensive to your Turkish loved one if you continue to speak in the singular, which can get tricky for independent-minded English speakers who certainly don't realize they have done anything to distance their partner when discussing their own plans or thoughts.

The term "naz" – which can be translated as "coyness," "whim" or even "disdain" – is actually considered by some to be a virtue in Turkey. Now, this is where the term "naz" becomes problematic. In times of the past, women especially would master the art of "playing hard to get" and would thus act with "naz" – or in other words, feign reluctance. What this resulted in, is making the men of Turkey try to break down this barrier to figure out if "no" actually meant "no" or if it was the game of "naz" in which the actual meaning was "maybe." Thus Turkish men may seem especially pushy when it comes to pursuing potential romantic interests, and it falls on the foreigner to express their disinterest distinctly to ensure the message is loud and clear and possibly even more so than in other countries due simply to this very outdated concept of playing coy.

Another Turkish term that doesn't translate well into the English language but is also used as part of the courting process is "balık etli." This term (which translates into "fish flesh," and yes, you read that correctly) is actually intended to be a complimentary reference to voluptuousness and is used for buxom women especially to denote "something to hold onto." Ladies, don't be offended; it is yet just another outdated attempt at flattery and courting.

One concept that needs to be nipped in the bud in any culture is that of jealousy. However, it is also a concept that has been embedded in the Turkish psyche for decades with films and musical lyrics all referring to the notion as if it was normal. While these are vastly general statements that should definitely be taken with a grain of salt, unfortunately, Turkey is also a prevalently macho culture, and many a woman is expected to do much of the household chores, cooking and cleaning, while the men will always offer to carry the heavy stuff. The Turks do, however, have the utmost respect for their mothers and thus don't be surprised if it is the matriarchs of the household that get a gift this Valentine's Day and you don't!