A sailing, nature and history sanctuary in Istanbul 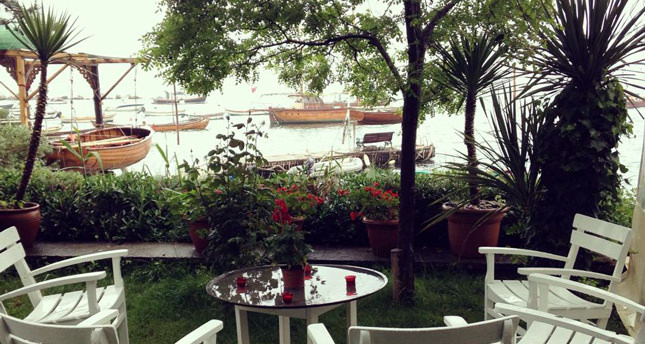 For a taste of sea, sailing, nature, history, good food and boutique hotel accommodations, the new Tuzla Yacht Club, which opened last week, offers an escape to a paradise in the city limits

Situated in Tuzla, a coastal suburb that sits at the very southeastern tip of Istanbul's Asian side, is a very special place, a small piece of paradise in the city, a secret spot any sea, nature and history lover should be in on. The new Tuzla Yacht Club, which just opened last week, is like a mystical Robinson Crusoe island where boat, sea, nature, history and food lovers alike can escape the chaos of Istanbul for a day or longer stay.

The grounds, which have an in-house restaurant and boutique hotel amid grassy gardens and a dock filled with sail boats all nestled into a natural cove on the Marmara Sea, is reminiscent of a beautiful Aegean or Mediterranean bay down south, yet the location is just half an hour away from the city center.

This special haven in Istanbul is also somewhat of a "living museum," as not only do the grounds house an ancient monastery and watchtower, but there are also antiques, artwork and old wooden boats strewn throughout the rustic gardens and guest houses all facing a sandy beach and countless colorful wooden boats moored along the dock overlooking the Marmara and the Princes Islands in the distance. This cove is also part of Tuzla's famous Mercan Bay, said to be Istanbul's first port where the Ottoman navy would moor.

Established on the grounds of what was once the prominent Edin family summer residence, Rifat Edin, an artist, antique collector, sailor as well as a builder and restorer of wooden boats, transformed the location into the sanctuary it is now and named it Harun's Paradise after Harun Ülmen, a renowned Turkish boat builder who sailed for Turkey in the 1936 Olympics and revived the 12-foot dinghy class of wooden boats.

Rifat has 15 such dinghies made by Harun in his vast collection of classic boats, which also includes a classic sailing boat made in 1887 and a special traditional Ottoman workboat, called a "kanjabas," which is rowed by up to eight people.

For years now, Harun's Paradise has developed a legacy in its own right for being a sanctuary for sea-lovers and artists and those "in the know" of this special spot. Harun's Paradise also hosts the final leg of the George Cockshott Cup, drawing in sailors from across Europe to compete in this elite tour in honor of the man who designed the 12-foot dinghy over a century ago.

Last week, Harun's Paradise held its official opening at the Tuzla Yacht Club, the Istanbul branch of the trendy Bozburun Yacht Club, another popular destination for sea, sailing and nature lovers based in a seaside town in Marmaris. Betigül Şengül, a national sailor, has taken the helm during the transition. After making the move from Bozburun to Tuzla, Betigül says that being on the premises doesn't feel like being in Istanbul.
She also said that she often takes a dinghy to the market or will even sail over to Büyükada from time to time.

Although it is definitely a sailor's paradise, the Tuzla Yacht Club has something for everyone, whether you want to come for a day and swim, enjoy a meal, drink or have a weekend brunch or stay in one of the five uniquely decorated bungalows, take sailing lessons or rent one of the classic dinghies. The restaurant is housed in a 19th century girl's monastery and offers daily specials based on seasonal ingredients.

Tables are spread out throughout the garden and seaside, with tiny waves breaking before you amidst, trees and classic wooden boats in various stages of life and renovation.

Boats are welcome to moor. The guest rooms on the premises, each in its own house or bungalow, are an elegant slice from the past, furnished with eclectic antiques and artwork from Rifat's own personal collection.