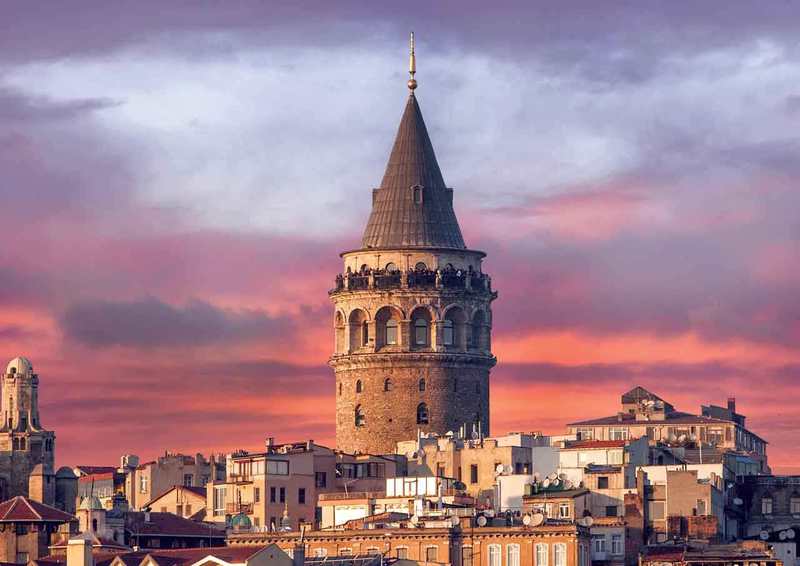 A refreshing new website called Atdaa: The Outspoken Travel Guide for Istanbul offers online insight into the intricacies of Istanbul and Turkish culture as written by the people for the people, as their slogan goes

Not only an extremely reliable and entertaining travel guide, Atdaa.com is so much more with pertinent high quality and original content that speaks to tourists and expats. It features articles on where to go and what to see and tips on what to do around town, and topics ranging from food, neighborhoods, nightlife, shopping, itineraries, transportation and Istanbul 101, an entire section devoted to learning the intricacies about Istanbul such as bargaining and how to tip.

Where would James bond go, where is the best rock climbing in Turkey and where are the best places to get work done are just some of the questions you'll find answered at atdaa, as well as where are the best breakfast places. Started up in 2013 by cofounder Kaan Çağlar, Atdaa: The Outspoken Travel Guide For Istanbul by the people for the people is actually based in San Francisco and is a crowd-sourced city guide that brings together those in the know on Turkey, who have something to say to readers in English on this incredible city and on one platform. "Our vision is to help you find your own Istanbul through diverse voices," explains Kaan, an Istanbul native who moved to the San Francisco Bay Area in 2005 for grad school and then stayed."While living as an expat [in San Francisco], I was asked a ton of questions from American and International friends about Istanbul before their trips. I always ended up helping friends create personalized itineraries before their trips. I introduced them to businesses, locals, and got great feedback with responses such as, "Kaan, this was an unforgettable trip," "I'm glad that you introduced us to X," "we would have never done Y, without him/her," et cetera.

Atdaa now has around 30,000 readers every month explains Kaan, pointing out that most are English and American English speaking travelers or tourists and many have been based in Turkey from the United States, England and Canada.

"We have about 30 writers contributing to Atdaa," explains Kaan. "Sometimes we get guest writers who are other bloggers either traveling to Istanbul or writing about Istanbul/Turkish culture or anything that we can accommodate on the platform. Our writers are mostly Americans living in Istanbul. Turkish repats who lived in the U.S. or G.B. are also an important part of our voice since they can look at their home town from a global perspective. Basically, expats or Turkish repats. People who travel extensively who can be more objective than straight up locals."

When I asked what sort of information is shared, Kaan stated, "There is no limit. It can have everything a city guide has, and much more on top of that. Our vision is to describe the culture, city, and many other things in a way that a friend would describe it to you. For instance, an American traveler can understand Istanbul's story better, if an American expat tells it. We are describing the city from global perspectives."

I also asked Kaan the meaning behind the name Atdaa and he kindly explained, "Atdda is a Turkish word in toddler's language. It means "a place that is fun and exciting." Parents usually tell it to their kids to get them excited to go out. If you say "Let's go Atdaa" to a kid, she will immediately get excited thinking that they are either going to a park, an ice-cream parlor, a toy store, or somewhere to have fun times."

I also asked Kaan where he chooses to make home and he explains that he lives in San Francisco now and comes to Istanbul to work on Atdaa and consult on other startups with project management and development. "Living in the Mecca of the tech scene changed my perspective on many things. I realized that I have the power to change things for myself and others." Kaan describes himself as a global citizen living pretty much a nomad's life, whose intentions are to expand Atdaa to all over the world starting with more cities in Turkey, such as Cappadocia. Selected as one of the best 10 startups based in Turkey by the Pilott incubation program run by Turkish Telecom, Atdaa offers an excellent refresher course on all things expat while giving readers a laugh!

VIDEOS OF THE DAY

Meanwhile, the whole world is talking about Muharrem and his Turkish town that learned sign language to give him a great start to his day. In the video, Muharrem, a fresh-faced young man, is brought to tears as is the audience, witnessing what a day could be like for someone who is hearing impaired if he had a chance to communicate. Well for this Samsung commercial they did, the town is shown learning sign language in classes and the developments unfold in a perfectly orchestrated manner, as Muharrem asks his sister "are they deaf too" in disbelief of everyone suddenly being able to speak sign language. Interest in the video has now blown off the charts with even the popular entertainment magazine People giving article space to Muharrem's endearing reaction.

If this video isn't uplifting enough, then check out the 365-day-long proposal: Everyone is wiping their tears, as a guy is filmed asking for his future wife's hand every day for 365 days to the catchy Bruno Mars song "Marry You." My personal favorite of the online tearjerker videos gone viral, however, is Isaac's proposal to the same song, which has a carefully orchestrated choreography of friends and family helping the groom do the deed by way of lip-syncing and adorable dancing.