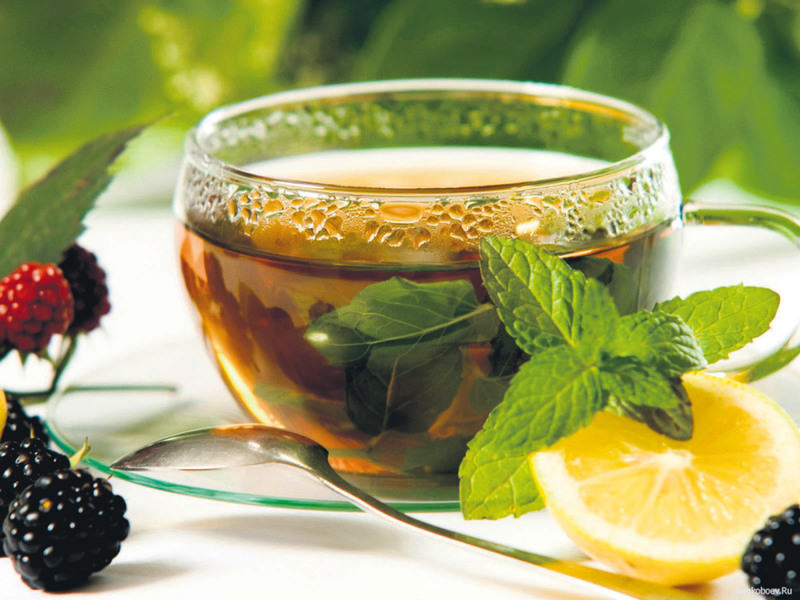 Spring is here, and along with blossoming flowers, it brings with it the cold and allergy season. This is an opportune time to get a refresher guide to some of Turkey's traditional folk remedies for common ailments you may come across, be offered and even come to enjoy

Traditional folk medicine has been a part of Turkish culture and its fertile Anatolian lands for as long as we know. As a result, many "Kocakarı ilaçları," which means old wives remedies, are ingrained in the Turkish psyche. Although this is in no way intended to be an authoritative guide and all health-related measures should be carefully calculated by the recipient, there are a number of simple, everyday herbs and fruits that are widely known for their healing properties that you may want to be aware of during your time here. Not only may you come across these natural remedies in open markets, bazaars and aktars (spice shops), but you most likely will also be offered at least one of the many special products that have been in place here as cures for thousands of years.

Don't get me wrong, traditional folk medicine is certainly no simple affair. There are a number of very complicated oils, tinctures, potions and pastes and methods that have been used here in villages throughout history. Some of the more complicated and, maybe to some, bizarre cures as listed on the Ministry of Culture and Tourism website include placing lemon slices on the forehead for a headache, rubbing a mashed onion on a sprained ankle, eating a pigeon egg for breakfast for 40 days for asthma, eating hedgehog meat for eczema, taking a bath in barley for rheumatism, dribbling leek water in the ear for an earache or burning an eggshell and breathing in its ashes in a nosebleed, just to name a very few.

With a geographical area spanning three different climates, namely the Mediterranean, Oceanic and Continental, it is no surprise the herbal culture is strong and in rural areas especially, picking, pruning and brewing herbs is a part of everyday life. Therefore, this is meant to be a novice guide, taken with a grain of salt, to some regularly available and easy at-home cures that are popularly known amongst Turkish people.

Not necessarily an entirely a natural potion, however lemon cologne works its own wonders for Turks, who love to have a douse of it in their hands periodically throughout the day that they will then rub in their palms or over their faces as a refresher. Before the ever-present cologne toilette, restaurants used to always offer a hand-dousing of cologne upon your departure. Nonetheless, lemon cologne has always had a strong presence in Turkey with shops dedicated to it and pharmacies always carrying supply in bulk. Every home in Turkey will have lemon cologne and it is the go-to aid if someone is feeling faint, overheated or as a first aid to clean cuts and scratches, however it is also believed to be a valuable remedy for hay fever symptoms.

Yogurt is also a popular cure for a number of everyday ailments. It is said you can eat a bowl with garlic mashed into it if you are suffering from food poisoning and plain yogurt is also rubbed on light sunburns as a soothing cream. Meanwhile, a bulb of garlic carefully rubbed on a sty is considered this tricky ailment's common cure.

Mint and lemon tea is the mothership of cures when it comes to having a stomach ache, feeling nauseous, experiencing flu symptoms, coughs or sore throats. The same goes for chamomile (papatya) and linden (ıhlamur), which are also said to lower blood pressure, and sage, which also helps with digestive problems and hot flashes. Karabaş, a form of French Lavender, is also excellent for clearing the sinuses and airwaves and assists in releasing phlegm when quitting smoking. Melissa tea, as it is also pronounced in Turkish and is otherwise known as lemon balm, is an aromatic calming herb that is consumed in cases of anxiety or depression that also has diaphoretic and antiseptic properties. Its cooled tea, or the same goes for black tea, can be used as an eye compress to soothe red and tired eyes or conjunctivitis.

Oregano "kekik" tea is also a popular cure for stomach ailments or cold symptoms and can be used as a mouthwash for gum issues. Brewed artichoke leaves (enginar yaprağı), although somewhat unpalatable, are considered an excellent weight loss aid. The most popular of herbs known for its strong healing properties however, is the stinging nettle, ısırgan in Turkish, and it is widely believed that a cup of its tea every morning on an empty stomach is a cure for cancer.

A popular drink in tea gardens for those feeling under the weather is "kant," a simple mixture of hot water, lemon and sugar or honey. A spoonful of honey is a tried and tested remedy to sooth a sore throat and a paste of honey, olive oil and melted beeswax is also used on light-scale burns.

"'Sari kantaron," the Turkish equivalent to St. John's Wort, popular in the United States as a natural antidepressant, is sold fresh or dried in yellow bunches in farmers markets and is a soothing tea, but if let to sit in olive oil in the sun for 15 days, it turns into a fire-red oil that is rubbed on the skin to heal scars, boils and abscesses.

Bitter Melon, or in Turkish "Kudretnarı," has been used as a folk remedy for a variety of ailments. Let to sit in oil in the sun for 15 days, it is then mashed into a paste that can be rubbed into the skin on wounds or to treat eczema. The ripened fruit can also be blended with honey and consumed to treat ulcers, work as a laxative and as a remedy for a variety of gastric and intestinal disorders.

A few drops of Pennyroyal (Filiskin) oil on a cube of sugar is said to be an expectorant, to induce the menstruation cycle and to relieve flatulence, however the fresh herb used in a steam bath is an excellent menthol-like cure to clearing clogged sinuses. Although slightly more challenging to come across, the juice from a highbush cranberry grown in Central Anatolia and referred to as Gilaburu is said to be good for kidney ailments and in particularly dealing with kidney stones.

Pekmez is a type of molasses made from a variety of fruits and regularly available throughout kitchens in Turkey, however, the mulberry (dut) and carob bean (keçiboynuzu) variations are especially known for increasing hemoglobin in the blood.

Rose water, similar to lemon cologne and its lavender and even tobacco varieties, comes in easy-to-pour bottles in which people fill a cupped palm and then rub it on their faces or neck to cool down, is also considered to be a de-stresser and concentration-builder as well as effective against bacterial infections and as a face tonic to clear blackheads.

Other herbs used for cosmetic purposes include brewed chamomile, or more specifically "Alman papatyası," which is then sprayed or brushed into the hair for its lightening effects. Henna, on the other hand, a powder of its flowering plant, is a popular hair dye that brings out reddish tones. And last, but not certainly not least, using a bar of olive and Wild Pistachio soap, in Turkish "Bıttım" as a shampoo is said to prevent both dandruff and hair loss.
Last Update: Apr 04, 2015 2:07 am
RELATED TOPICS