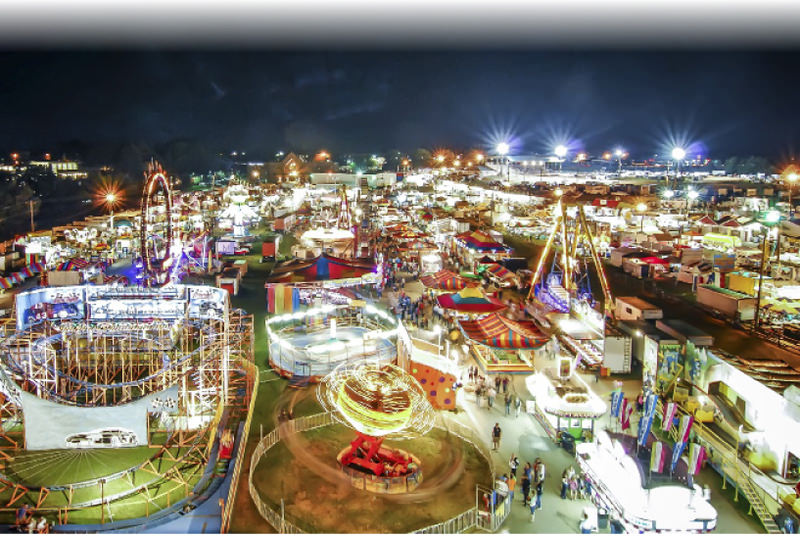 Every year from May 25 to May 27, the Çanakkale town of Ayvacık, which boasts the historical tourist hotspots of Assos, Behramkale and Kadırga, hosts the Ayvacık Panayır, a highly anticipated three-day affair that rings in the start of summer, the wedding season and the harvest

Panayırs, best described as a mega "town fair," have long been highly anticipated events for townspeople and village folk alike and this year is no different with fervent preparations underway for what is one of the most authentic rural Turkish affairs, and certainly the most entertaining. 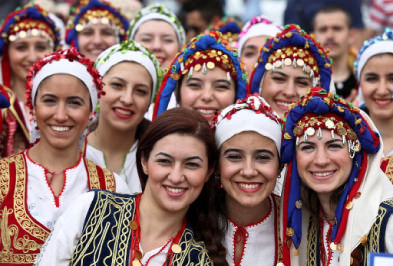 The Panayır tradition is very much the product of this culture of former nomads, that once much more fervent, is still very much alive today in a select few traditional towns. Ayvacık, the Çanakkale town of 30,000 with nearly 70 villages, a number of which are popular tourist destinations, has kept this fair culture of over a century very much alive. For us expats, urbanites or traveling visitors, the Panayır offers a unique peek into this historical tradition of celebrating harvest and life landmarks all while shopping, feasting, dancing, roller coaster riding and even light wagering on the immense fairgrounds set up that can very well double as a town in itself.Its official name, the Ayvacık Hayvan ve Emtia Panayırı, is as the name in Turkish suggests, a husbandry and commodity fair. But it is actually much, much more. This joyous, colorful, cultural affair, is one in which the villagers and the rural townsfolk of Ayvacık base their whole year on. During these three days, the town transforms into a carnival of sorts with nonstop music, food, fun and shopping. All weddings and engagements are scheduled on dates following the fair, as it plays an integral part in wedding season preparations and villagers in this region wait to plant their harvest until after the Panayır has passed due to a superstition that eerily rings true that a storm always brews on the final day of the fair.

The Panayir is set up on a vast fairground devoted to it just outside of the town on the road to Assos. During these three days, rows and rows of goods are set in makeshift shops in their hundreds with whole rows and areas set aside for categories of goods such as rugs, kitchen ware, clothes, shoes and even produce. Historically, this would be where villagers would purchase and sell their livestock or cattle, now however it is more focused on roasting spits of kid goat in restaurants set up on the grounds with live davul and zurna, the traditional drums and shrill horn, constantly permeating the air and occasionally giving wind to spontaneous "halay," and traditional folk dances.In addition to all that, the Ayvacık Panayır also includes a whole amusement park and a section devoted solely to light gambling and wagering games hosted by overwhelmingly bubbly gypsy ladies. Perhaps the most entertaining part of this unique event, a series of high tables are set up with professional female Panayır hosts shuffling up cards and trying to reel in perspective wagers from those passing by. They may put their arm into yours, pet your hair and tell you how beautiful you are in an entertaining and enticing rouse to get you to join their table and convo. For a less abrasive taste of the wagering variety, a series of coin slot machines are set up, but nothing of the shiny colorful ones likes in Las Vegas, instead these are huge three-meter square, hand-made wooden affairs that you put coins into and hope that as the box spins it will push other coins out of the slot.

The Ayvacık Panayır is part of the Oghuz, Turkmen and Yuruk tradition in these parts and is very much still the most highly anticipated and significant time of year. Traditionally, it is when all of the yearly shopping takes place, ranging from clothes to rugs to gold to wedding and birthday gifts, as historically it was the only time these villagers would have access to these different variations of commodities that come in from all over the country by travelling caravans. In addition, the fair doubles as the main husbandry market as livestock and cattle are also traded and sold. Unknown to many urbanites, expats and visitors, the Panayır is the perfect opportunity to discover some of the charm of how the other half of Turkey live.

The Turkish Panayır certainly is a rite of passage in itself, especially for any foreigner, as it is a unique experience of cultural insight that combines traditional crafts and foods with music and dance in a celebratory atmosphere that will start at the crack of dawn on Monday, May 25 and run late into the night for three days straight. In what is now a dwindling tradition, the Ayvacık Panayır is the biggest fair of its kind remaining and just happens to be set up in this historical region that encompasses the ancient town of Assos, where Aristotle once held a school for philosophers, the mountain range of the Kaz Dağları where Paris granted goddess Aphrodite the Golden Apple and would go on to stage the Trojan War. Ayvacık, the westernmost point of the Anatolian mainland is also the district where the Marmara meets the Aegean.

The Ayvacık Panayır can therefore very easily be part of any cultural, historical or seaside trip to the province of Çanakkale, which is a pleasant half-day drive from Istanbul, Ankara and Izmir and an easy flight destination with multiple flights served to the neighboring Balıkesir-Koca Seyit Airport in Edremit. The weeks following, the Panayır will move to other districts in Çanakkale and Balıkesir in the west, such as Biga and Yenice, while in the east, or more precisely Eastern Thrace, the Pavli Panayır, which takes place annually for five days starting on Sept. 18 in Kırklareli province, is a close rival to next week's Ayvacık Panayır, for best keeping this over 100-year-old beloved tradition well and alive.
Last Update: May 19, 2015 11:28 pm
RELATED TOPICS