Turkey: A land of innovations and firsts 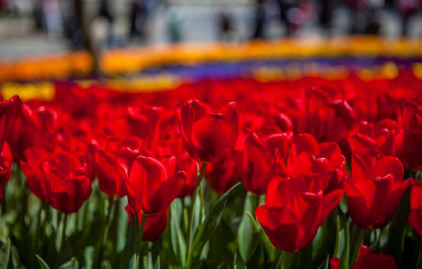 Throughout history, many innovations and firsts took place in present-day Turkey that you may not have realized, including vital events in Christianity, flight and many military inventions

Turkey is unique in so many ways. Not only does it have the only city in the world that spreads over two continents, but it has also been home to many of the world's greatest empires including the Roman, Byzantine and Ottoman Empires to say the least. Turks are also the innovators of a number of unique attributes, such as the Turkish bath, or "hamam," Turkish delight, ayran and even the evil eye. There are a number of innovations and firsts in the world that came from the land that is now Turkey that you may not be as familiar with, yet they have paved the way to forming the modern world as we know it today.

From the very start of creation, the territory that is now modern Turkey has played a central role in the development of humankind. Dating back to approximately 2,500 B.C. to 2,300 B.C., it was on Mount Ararat where Noah's Ark is said to have saved its namesake and his family and a remnant of all of the animals in the world from the flood in Genesis.

It is the land where the first coins were minted and permanent retail shops opened in what is now present-day Manisa. According to Herodotus, the Lydians, who were an Iron Age kingdom in western Asian Minor, were the first people to mint coins, an alloy of gold and silver, which were stamped with a lion's head and date back to 700 B.C. to 550 B.C. 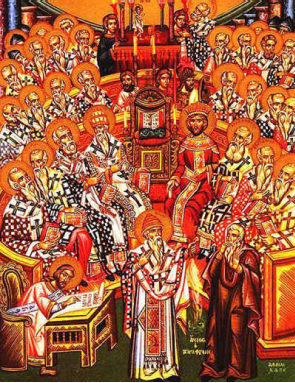 This land played a pivotal role in the development of Christianity, as even the very name itself and the path this early religion would take was defined at the Council of Nicaea in 325 A.D. in what is now İznik in the northern Anatolian province of Bursa. In fact, all seven Ecumenical Councils and each of the Seven Churches of Revelation as mentioned in the New Testament are housed within modern Turkey's borders and in stunning historical settings to boot, such as Ephesus and Pergamum.

Going back to approximately 40 A.D., the Church of St. Peter, located near Antakya in the southern province of Hatay is where St. Peter is said to have held the very first mass. It is also believed that the establishment of the Church was relayed in the Bible itself, which describes the arrival of Paul the Apostle, who himself hailed from Tarsus, now in the Mediterranean province of Mersin. In 1963, Pope Paul VI declared the Grotto of St. Peter a pilgrimage site and the world's first cathedral, and every year commemorations are held in St. Peter's honor at this church, which is a cave carved into the mountainside, with the façade having been built in the 1100s by the Crusaders.

Unbeknownst to many, tulips, regularly assumed to hail from the Netherlands, in fact came from Anatolia in the 1500s, imported by the ambassador to the Ottoman sultan. The popularity of these bulbs led to an era referred to as "tulip mania" in which the price for a single stem cost more than 10 times the annual salary of a skilled craftsmen. This may have also been the first economic crash, as many investors were later ruined by the fall in tulip prices. In the Ottoman Empire, this era, which spanned the 17th century, was referred to as the "Tulip Age," and its influence is still evident today in the pottery, textiles and landscaping of its cities.

The land of Turkey has also been the homeland to many pioneers in their fields. Born in Cizre in 1136, al-Jazari, was an inventor, engineer, scholar, craftsman and artist who founded cybernetics by making the first-ever robots, as well as over 100 mechanical devices. He described the use and construction of them in detail in his "Book of Knowledge of Ingenious Mechanical Devices" penned in 1206. 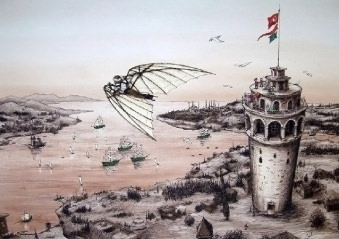 The first man in the world to fly hailed from this land as well. According to writings of traveler Evliya Çelebi, in the early 17th century, Hezarfen Ahmed Çelebi took off from the Galata Tower donning wings, and using the force of the wind, he managed to sustain unpowered flight over the Bosporus, landing in Üsküdar. It is purported he used to hold practice flights over Okmeydanı using eagle-like wings. Turkey also boasts the first-ever female combat pilot in history, the namesake of Istanbul's second international airport, Sabiha Gökçen. On a somewhat related note, Turkey was also the first country to give women the equal right to vote and run as elected politicians in 1934.

There have also been a number of military inventions, such as the first-ever military marching band from the Ottomans, called "mehter." You can still see a reenactment of their performance at the Military Museum in Harbiye between 3:00 p.m. 4:00 p.m. Wednesday through Sunday. The Ottomans were also the first to use gunpowder in explosive weaponry such as cannons, whereas the Chinese, credited with its discovery, used it solely for fireworks. Although the smallpox vaccination is usually credited to English physician Edward Jennar in 1796, it was the wife of the British ambassador to Istanbul who introduced the process to Great Britain in 1721 after having a procedure regularly practiced in the Ottoman Empire by elderly women who would induce a small dose of smallpox by inoculation to ensure immunity for her own children, giving birth, in essence, to the vaccinations that are now everyday practice. As for more of Turkey's modern-day medical legacies, Gazi Yaşargil is a Turkish medical scientist and neurosurgeon born in Lice, Diyarbakir in 1925, who is credited with developing microneurosurgery in collaboration with Raymond M. P. Donaghy M.D. at the University of Vermont. Yaşargil also famously treated epilepsy and brain tumors with instruments of his own design.

Now standing out as a major host of Syrian refugees due to the crisis in neighboring Syria, Turkey has a long history of taking in those in need or who arepersecution spanning all the way back to the Ottoman Empire welcoming Jewish refugees during the Spanish inquisition. Maybe less well-known, in World War II, Turkey also offered refuge to hundreds of intellectuals fleeing the Nazis.

There is perhaps nowhere in the world that has and continues to house so many religions in such a harmonious manner. Turkey continues to play an integral and innovative role in the world, making its mark on more and more firsts, and its pivotal role in history will continue to cycle its way into the modern day like the crescent on its flag. And like its star, it will continue to shine into the future as it always has and continues to shine brightly today.
Last Update: May 26, 2015 11:44 pm
RELATED TOPICS