Dance of oneness: She moves in mysterious ways 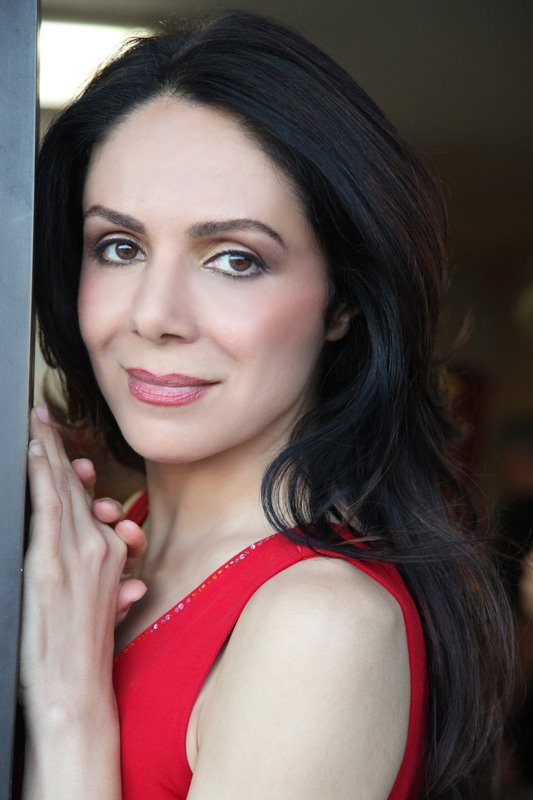 Banafsheh Sayyad will introduce her For Dance of Oneness: Living Sophia tour, a five- and 10-day immersion into mystic dance styles and theoretical teachings, in Turkey from July 3 to July 12 at the Mutlu Baba Cultural Center in Yalova

Banafsheh Sayyad, who hails from Iran but is now based in Los Angeles, California, is the founder of Dance of Oneness – a pioneering style of movement that encompasses Sufi rituals and sema – more popularly known as the basis for the whirling dervishes – mystical Persian dance, Middle Eastern tribal dances as well as elements of the Chakra system, Rumi and Gurdjieff's teachings.

This very special five- or 10-day immersion in the world of dance and mystical thought will take place from July 3-12 at the Mutlu Baba Center in Gökçedere, Yalova – a city located in northwestern Turkey on the eastern coast of the Sea of Marmara. The setting is a beautiful "dergah" (Sufi lodge) in the nearby Marmara region just a short couple of hours by car or a boat ride from Istanbul. The area is also laden with hot springs so you can easily combine this spiritually enlightening program with thermal spring treatment at the lodge, which offers a variety of options ranging from shared rooms to full-on thermal spring suites. Nearby, the area is also laden with cozy, inviting villages and beautiful beaches.

Banafsheh Sayyad's Dance of Oneness has gained popularity all over the world as well as in Turkey – where she has a strong following, many of whom are foreigners – and more and more flock to take part in this very special experience each year. This year's tour, aptly titled Living Sophia, will be a five-day or 10-day dance immersion into a wide variety of movement styles and spiritual teachings that will not only bring flow and energy to your life but also heal your body and soul with much focus on the holistic and spiritual healing arts.

I had the chance to talk with Banafsheh Sayyad about her upcoming Dance of Oneness tour, which comes to Turkey between stops in Germany, Los Angeles and Canada, to name just a few. Banafsheh founded Dance of Oneness in 2005 in California as a way to integrate all of her experience in dance and movement ranging from having taught and performed flamenco professionally, years of tai chi and chi gong practice as well as her traditional education in modern dance at the University of California, Los Angeles and a Master of Fine Arts.

"I also wanted to integrate my spiritual practices," Banafsheh told me. "I have always had two passions in life – one for dance and the other for God, so naturally the two passions came together. To Dance of Oneness, I brought my experience and learning from Sufism and the sema, work of Gurdjieff and sacred movements as well as Taoism. I also have a master's degree in Chinese medicine, so I wanted to integrate that knowledge into my form of dance as well as teach people how to move in a way that heals them."

I asked Banafsheh to describe this very unique form of dance and so much more, in which she replied, "It is a joyful, loving and contemplative way to embody spirit and live more freely, passionately and in service in the world." When asked to describe what styles this immersion encompasses, Banafsheh told me it will be "a fusion of the art of dance: Rigorous technique and self‐expression, healing and spiritual embodiment. Dance of Oneness is based on Sufi rituals and whirling, flamenco, Persian and modern dance, tai chi and chi gong. Mystical teachings and the poetry of Rumi, divine feminine wisdom, Gurdjieff's work and Chinese medicine are all part of the theoretical groundwork."

As for dance styles, Banafsheh said she incorporates the sema, Persian classical and folk dances as well as flamenco, modern dance and tai chi and yoga and many floor exercises. "I focus on the sacred elements of all of these forms, which includes developing presence in the body and making our bodies toned, flexible and as pain-free as possible," she said.

I asked Banafsheh if one needed to be "fit" or practiced to take part, in which she assured me that everyone, whether you are a beginner or an advanced dancer, is welcome: "I have designed the curriculum in such a way that everyone can practice and grow from exactly where they are in terms of their experience in movement, dance, body condition and spiritual awareness."

Banafsheh has been bringing her special dance style and teachings to Turkey for nearly 10 years now. Although she has never lived here permanently, she has spent spells of up to two months in Turkey many times. "I am not able to visit my own country [Iran] because of political reasons, and because being a dancer is not highly regarded and can put me in danger. So, I come to Turkey instead to experience the precious sacred vibrations of the Middle East and give back joy and love without the oppression that exists in Iran," she said.

Banafsheh also shared with me how Turkey has influenced her Dance of Oneness: "It is because it is truly, for the most part, a land and culture of tolerance. I find that in Turkey, every kind of person, regardless of their beliefs, is mostly allowed to be who they are. Religion is not practiced as dogmatically as it is in Iran and there is more freedom in how once chooses to practice – for example, to wear the hijab or not. Of course, the openness towards woman mystics, murshids and murids and the fact that women can do the sema is a very important factor for me. I was the first dancer and teacher who taught sacred dance at the Mutlu Baba Cultural Center, which has been primarily a center for sema and music."

I also asked Banafsheh if there was something special for her in bringing her immersions to Turkey to which she told me: "Turkey is a sacred land that has inherited the wisdom of many important civilizations, including the Anatolian mother goddess cultures. It is also the land where one of my main guides and sources of inspiration, Hazreti Mevlana [Rumi] lived for most of his life; so, for me it is one of the best places for an immersion into the Dance of Oneness."There's no doubt Banafsheh has a special tie to Turkey, as her students do to her, and I have heard from friends year after year of their very special experience learning this type of dance and are often going back for more. I have also heard about Banafsheh for years and have met many enthusiasts of this unique experience to connect with body, mind and soul alongside a number of dynamic and interesting people. Albeit her courses are dominated by women and foreigners, this is a very special opportunity for women to also learn and practice the essence and movements involved in the sacred sema – with classes taking place in English with Turkish translation available if needed.

Banafsheh also offers a very special discount for residents of Turkey that want to take part in her Living Sophia retreat in Yalova this July. The 10-day immersion costs $1,200 and the five-day immersion costs $500, for residents of Turkey. Although the cost does not include lodging, for which there are a wide variety of options, it does include three organic meals a day, live musical performances and lots of spiritual movement and theory in play.

So, as the great mystic poet Rumi (Mevlana) would say, "Dance, when you're broken open. Dance, if you've torn the bandage off. Dance in the middle of fighting. Dance in your blood. Dance when you're perfectly free."
Last Update: Jun 23, 2015 10:09 pm
RELATED TOPICS