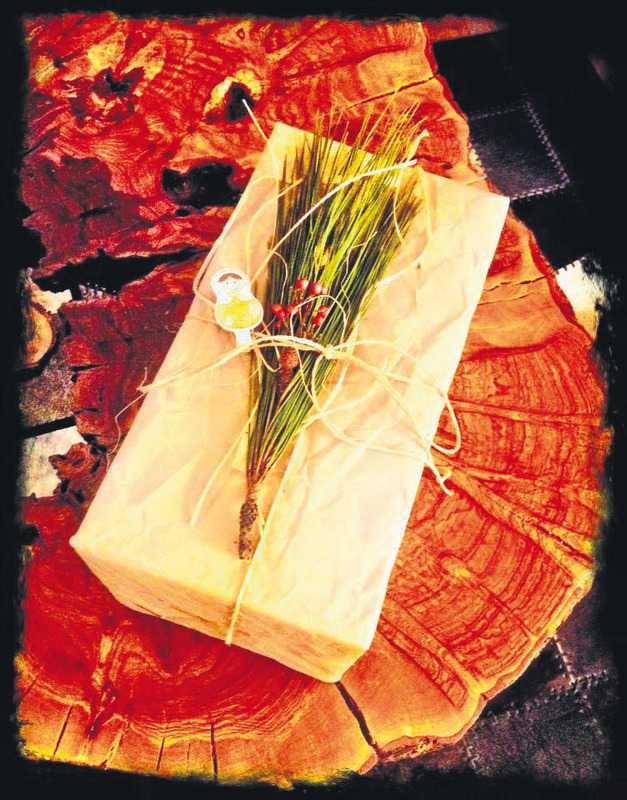 In “Doğa Arkadaşımın Kutusu” (My Nature Friend's Box), an educational game of gift giving for all ages, players prepare boxes of treasures from nature, which they send to a secret friend and wait to receive a similar gift from someone else from another part of Turkey

There is a new game in town and it is called Doğa Arkadaşımın Kutusu, which translates best to My Nature Friend's Box. The premise is this: every equinox and thus every season, people are matched together in a 'Secret Santa' style random drawing, to put together an intricately prepared box of nature, by the way of leaves, seeds and stones and anything that inspires them from the flora and natural surroundings of the area in Turkey in which they reside. These boxes of artifacts of nature are then sent by post to the name 'drawn' along with a personal letter connecting people, children and families all over the country. Started up this year, this new creative game is growing exponentially and is a super fun chance to make a special connection with others and nature through discovering your own and other's natural surroundings and just what they love so much about it. 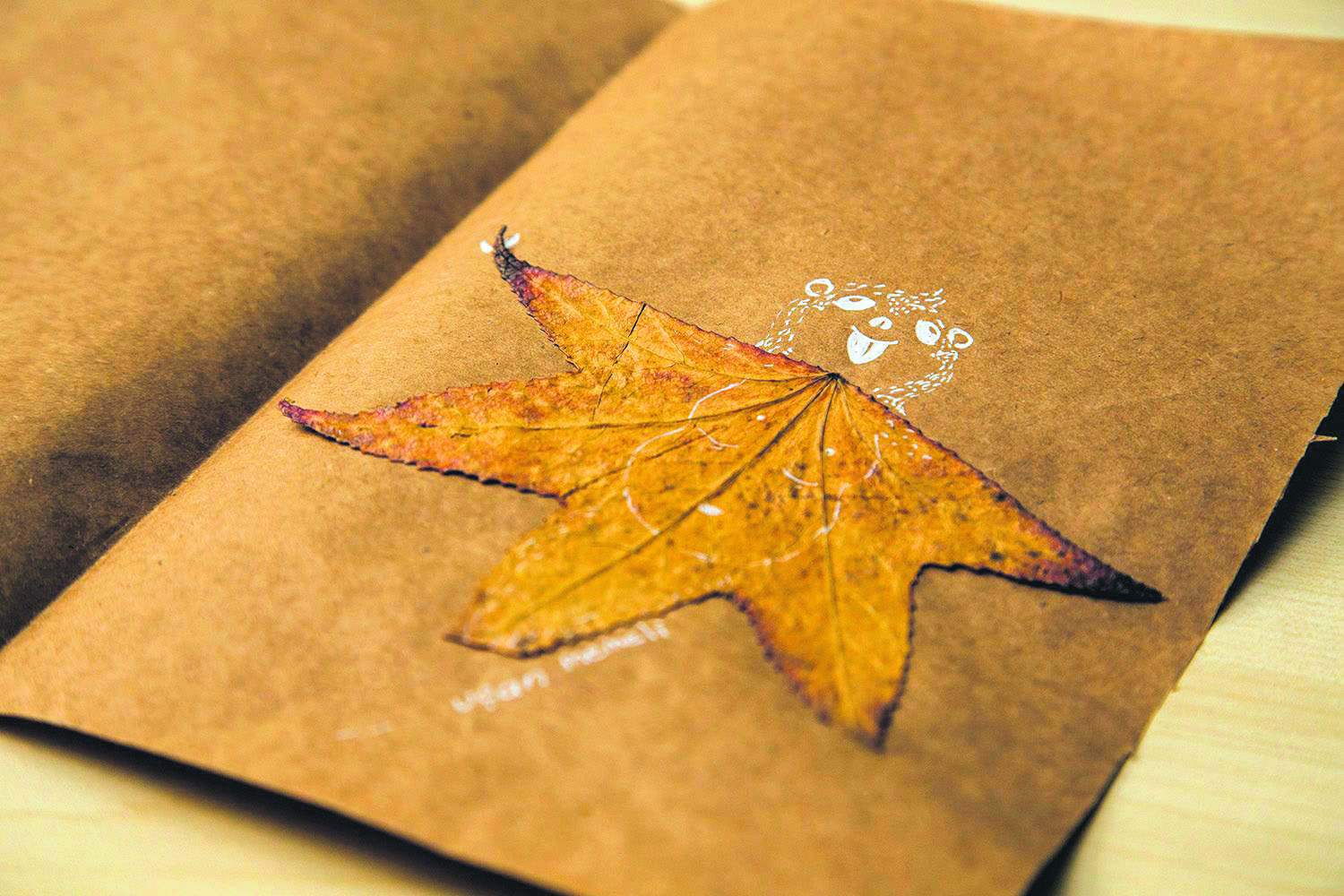 I first discovered Doğa Arkadaşımın Kutusu, when I witnessed a friend of mine from Çanakkale receiving a box for her son from a 'secret' friend all the way from Urfa. The box was filled with treasures unlike anything I had ever seen, with each different leaf, seed and stone markedly different and distinctly from the region they were sent from. Each item had obviously been diligently collected with lots of love and packaged with little notes and stickers and glitter just to add to the fun. I asked my friend if she had taken the same extensive care for each item placed in the box they had sent out in return and she said, "yes, you should have seen me, collecting and packaging each item we specially picked out to represent our own region's nature." Then when she told me that the game could be played at any age, I immediately was intrigued and excited about the prospect of preparing my own box as a gift because the process of giving in this game is just as fun as receiving. You get to go out on nature walks and observe your surroundings while your paired partner does the same in their own region only to share with one another through gift boxes what they love about the nature around them. 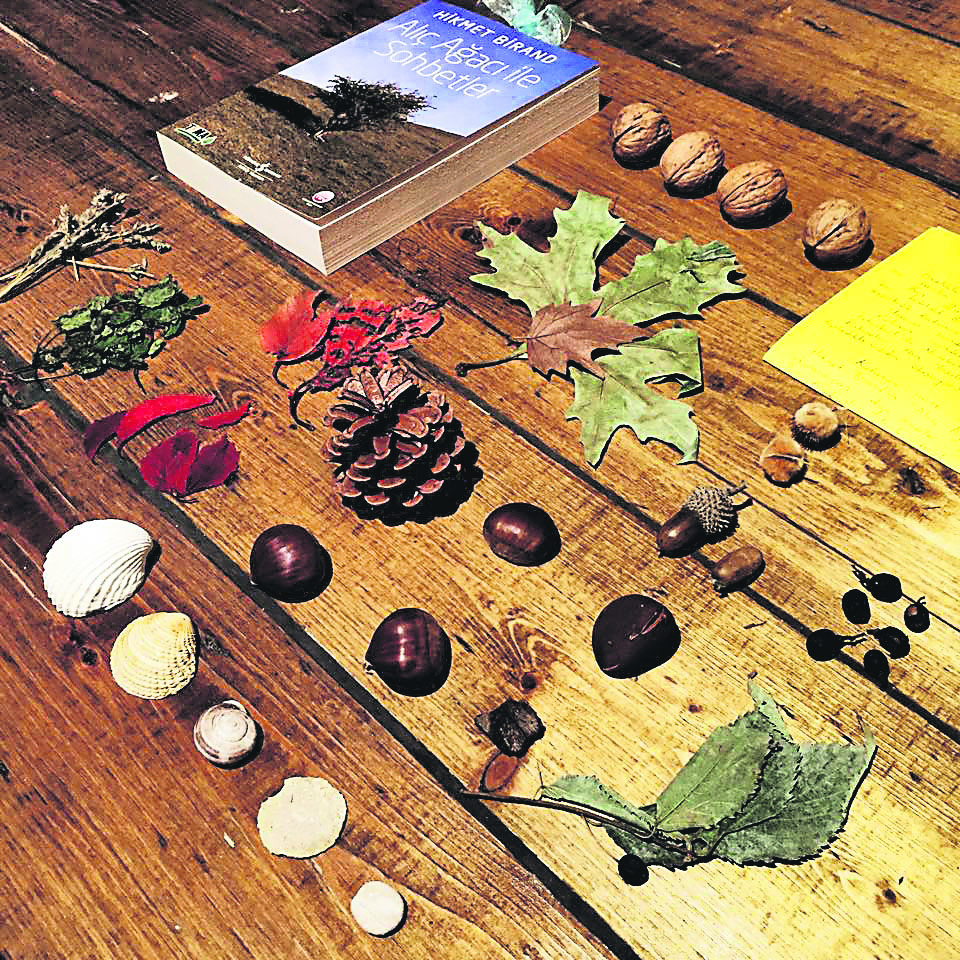 Burcu Meltem Arık, an environmental educator herself, is the brainchild behind this unique and educational game and I had the chance to talk to her about how it all began. "In my environmental courses, I would have people randomly draw one another's names without telling each other who they had drawn and they would collect gifts from nature that they would then give to that person." Participants would love this game; she told me and through playing they would get to know their surroundings better and begin to more deeply observe the nature around them. "This summer, I made a call out to see who would be interested in playing this game on a grander scale and we got 80 responses," says Burcu. Since the summer season, however the number of participants has reached the hundreds. 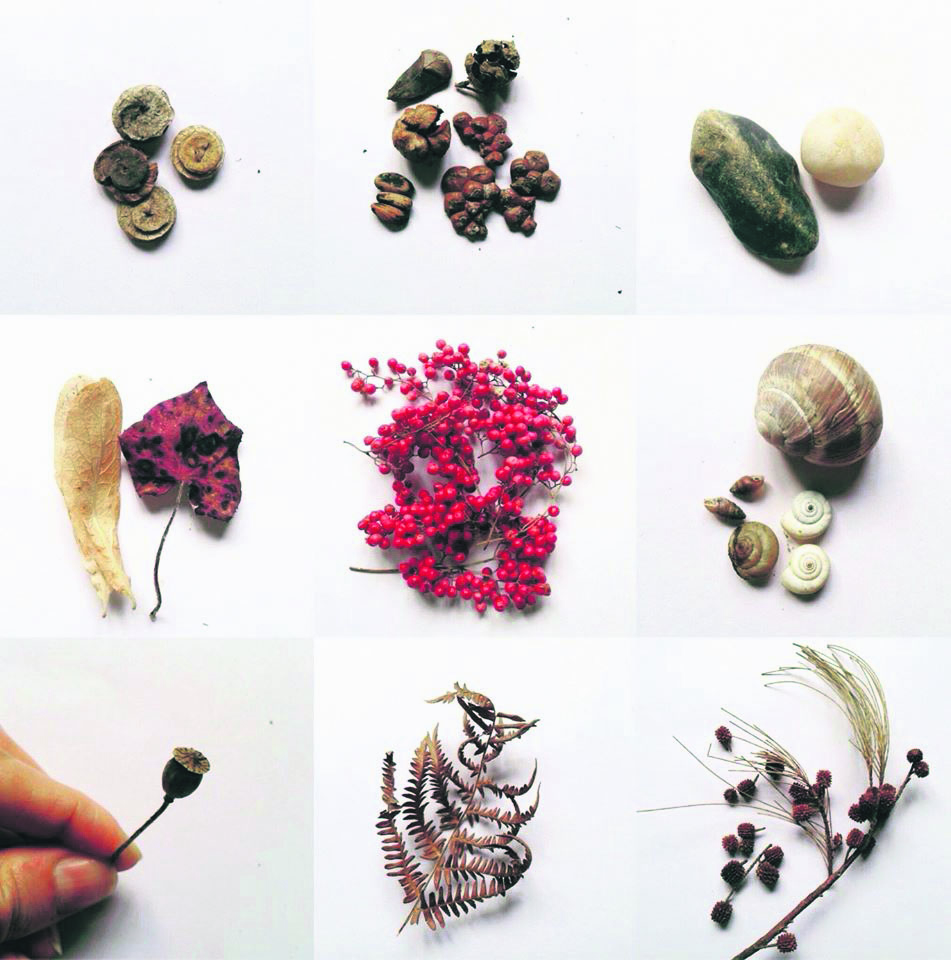 The game is broken down into four seasons and three categories. A call is made on Doğa Arkadaşımın Kutusu's Facebook page nearing each equinox. The "secret friends" are then randomly distributed amongst three categories of participants: those aged 1-12, from age 12 and above and classes. Those interested can apply to play by filling out a Google form after which they receive the rules of the game and the address info of their new 'secret nature' friend. 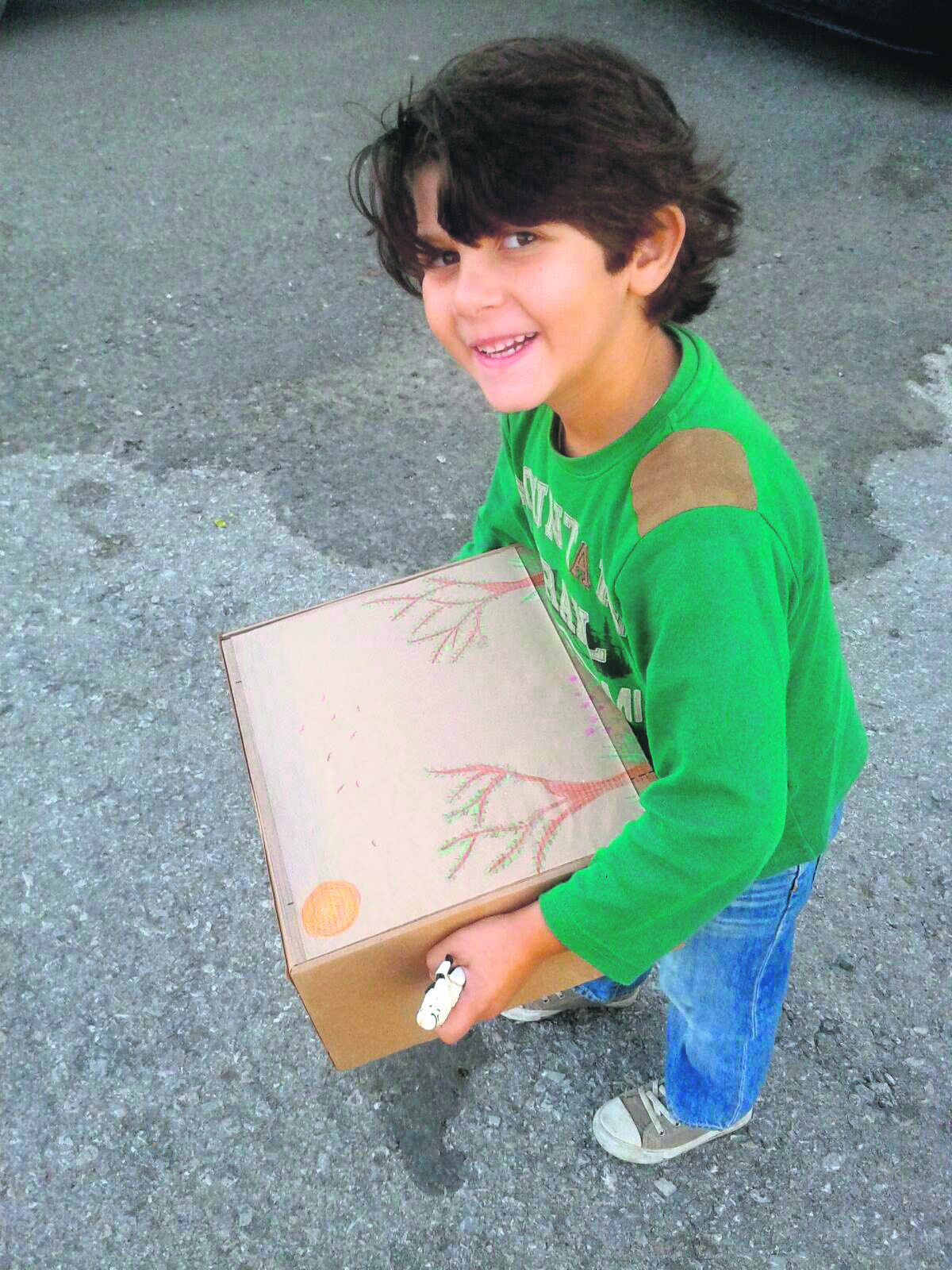 Then you set out to collect your artifacts of nature, which are generally between 10 to 20 items that are special to you and from your surroundings, which you can wrap and decorate and explain the significance of with little notes. The inclusion of a longer letter is one of the steadfast rules of the game however and a chance to share with your 'secret friend' what you love about your natural surroundings. In exchange, you receive a similar box painstakingly prepared to give a glimpse of someone else's surroundings in other areas of Turkey. In addition to a box from Urfa, last season the game extended from Istanbul all the way to Kars, explains Burcu. "This game in which one person sends a box of treasures from nature to another 'secret friend' and then receives a box of nature from someone else, was really embraced because it gave people the chance to give and receive very special gifts from people they had never met before. In addition, by doing so they had the opportunity to discover their close environment and to begin observing things in their surroundings they may never had noticed before. As an environmental educator, I can see that as a society, our connection to nature is becoming increasingly distant and people are unaware of their close surroundings and the nature it encompasses. We have become people who seek out nature in afar and then sometimes are even too lazy or distant to do that. My intentions were to allow people to discover their own close surroundings, because strengthening one's relationship with nature starts with getting to know and forming a relationship with the nature already around you,' shares Burcu. 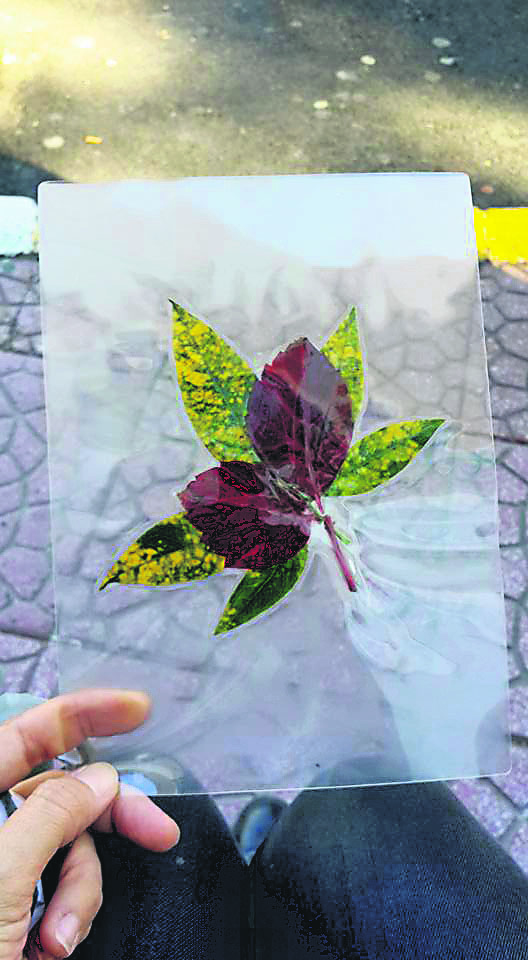 The game is played in three different categories. Those from the ages 1-12 fall in the child category and are paired together although Burcu does try to make sure the age difference between 'secret friends' doesn't surpass three years. The next category is for those aged 12 and above and is considered the adult category and people are paired together regardless of age, however, Burcu does try to create parings of different geographical regions to truly get a better understanding of the diverse environment in this country. The third category is for classes, in which a whole class will exchange boxes with a similarly aged class in another part of the country. 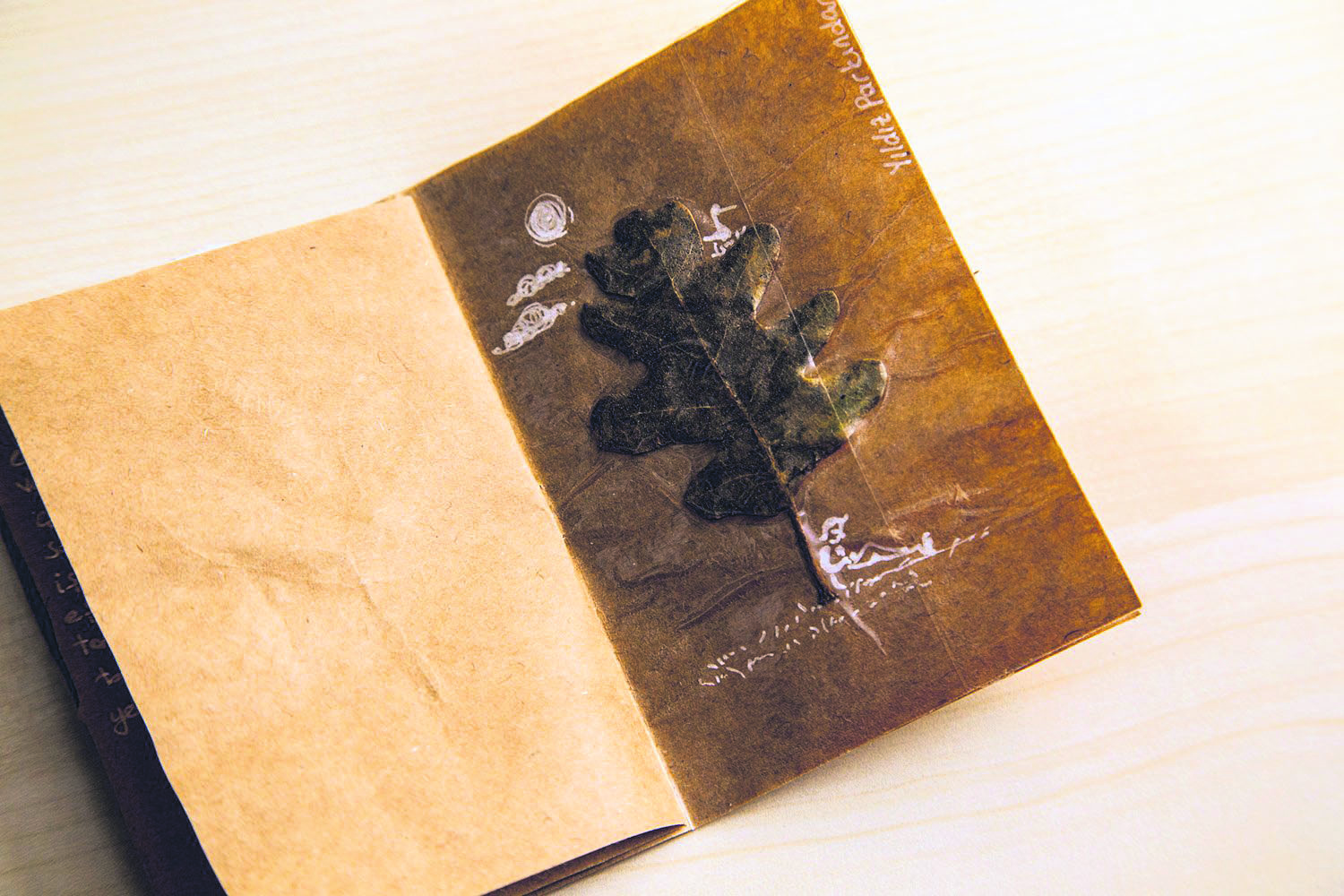 The rules although impertinent are simple. First, you must follow through on the commitment to play the game and send a box to your 'secret friend'. Including a personal letter is another important rule of this game and has a lot of significance, Burcu tells me, "because it is what adds feeling and a story to the game." Another steadfast rule is making sure no damage is incurred to nature through the collection of artifacts. There may be challenges included such as finding a leaf turned into lace or a certain type of seed, but what matters most is enjoying the process of preparing the box for the new friend you were paired with.

To apply for your own 'secret nature friend' and to join in the game, check out the Facebook page for Doğa Arkadaşımın Kutusu to stay afloat of the upcoming announcement of the opening of the Winter season. Burcu usually gives people a week or so to apply or may set the cut off at 250 people, whichever comes first. But in the meanwhile, potential players can start collecting little treasures from nature in their surroundings to prepare this very special package to represent what they love about the flora around them and to share this with a brand new friend from another part of Turkey.
Last Update: Nov 24, 2015 9:34 am
RELATED TOPICS