What to watch: Netflix takes off in Turkey 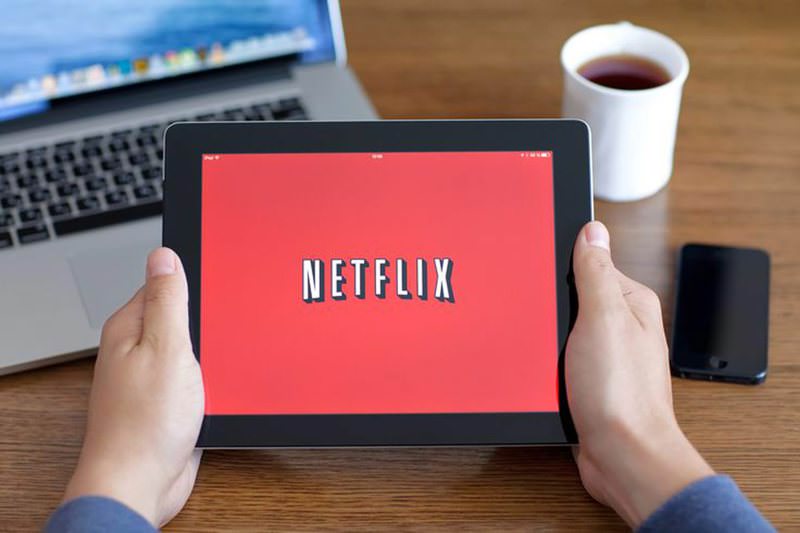 Netflix has officially arrived in Turkey, opening up a wealth of popular programing to bring you back into the loop when it comes to the boobtube

Widely popular in the United States and the past envy of expats in Turkey, the Netflix video streaming phenomenon has now become available in our adopted homeland. So, it's time to get up-to-date with what the world has been watching. Netflix is an on-demand Internet-streaming provider of films, television and even their own original content, some of which are the highest-rated shows out there, such as the widely revered "House of Cards."

As of 2015, Netflix served 60 countries and had more than 70 million subscribers; however, this number increased dramatically after the announcement at the Consumer Electronics Show (CES) in Las Vegas, Nevada, by CEO Reed Hastings last Wednesday that Netflix opened up to an additional 130 countries, including Turkey. This truly makes this new development, as he said during the keynote speech, "the birth of a global TV network."

Netflix works with a monthly subscription in which members can select between three different packages, with a free trial month to boot. The basic membership package starts out at TL 26.90 ($8.91) and includes access to all films and TV shows in 720p resolution. At TL 33.99, the standard package is high-definition (HD) and allows viewers to watch two screens simultaneously, while the premium package for TL 40.99 includes ultra-HD and allows viewings on four different screens. Subscribers can upgrade and downgrade as they please, and watch shows and films from their phone or computer screen. There will not be Turkish subtitles or programming dubbed in Turkish at the moment, but it is expected this may come in time. Netflix also included Arabic, Korean and Chinese among the 21 language options it currently offers. Moreover, the only countries and regions that will not be able to access Netflix are China, North Korea, Syria and Crimea.

But now in Turkey, we too can be in on what all those Netflixers are talking about. While this platform hosts hundreds of thousands of films, its original programming and popular television series have been making waves, changing the way Americans watch TV. With entire seasons released simultaneously and no commercials, Netflix's popular series' paved the way for marathon sessions of binge-watching television.

It's no surprise then that according to Collin's annual survey, "binge-watch" was selected as the word of the year in 2015 because that's what everyone has been doing - watching marathons of all the programing available on Netflix as demonstrated by the 10 billion hours of monthly programing viewed on the service. Netflix has quite literally changed the way America watches television.

In addition to offering a vast array of on-demand films, television shows, documentaries and children's programing, Netflix also has a wide-range of original programing and exclusive content that has soared in popularity with a long list of releases set for this year. Here's the expat guide to the best shows available on Netflix and what we've been missing.

Although certain shows such as "True Detective" and "Game of Thrones" are only available through Netflix's DVD service, their original programing alone - in addition to the long list of classic shows, such as "Twin Peaks" and "Friends" in HD and hundreds of thousands of films - is certainly enough of a draw to embark on this new visual media phenomenon. Their first original series was "House of Cards," the David Fincher-directed political drama starring Kevin Spacey, which has consistently topped the rating charts and is currently in its fourth season. "Orange is the New Black," the comedic drama centered on an imprisoned yuppie and her colorful cellmates, are another of Netflix's home-runs. Yet another hard-hitter is "Narcos," a crime drama telling the true story of Pablo Escobar, the infamous Colombian drug lord. Other original dramas include "Bloodline," a well-acted family drama, "Marco Polo," a period drama centered around the legendary explorer, "Hemlock Grove," a horror-thriller series, and "Sense8," a science-fiction drama and the first television show written by The Wachowski brothers known for writing and directing "The Matrix" trilogy.

Netflix also joined forces with The Walt Disney Company on a five-season deal for an action series on Marvel Superheroes that have been widely popular. "Marvel's Daredevil" and "Marvel's Jessica Jones" have seen unprecedented success, and the next installment, "Luke Cage," will debut this April. Another adventure drama to look forward to being released this year is "The Frontier" starring the Game of Thrones hunk Jason Momoa and set in the 18th century. Meanwhile, the French-language political drama "Marseille," starring Gerard Depardieu, is set for release in March. "The Crown" is a biographical story of the royal family in the British Commonwealth that will also debut in 2016, starring John Lithgow as Winston Churchill

One of the most anticipated series to show this year will be "The Get Down," a musical drama series focusing on New York City's music scene in the 1970s written and directed by Baz Luhrman - who also did the double duty for "Moulin Rouge," "Romeo and Juliet" and "The Great Gatsby." "Making a Murderer," which premiered just last month, is a docu-series and real-life thriller filmed over a decade that is also making waves.

Netflix also picked up a number of television shows from other broadcasters that have gone on to be quite successful such as the crime dramas "The Killing" and "Longmire" as well as the comedy "Arrested Development," which launched the binge-watching fad to begin with and was brought back seven years after its initial cancellation with an entire new season.

There is also a lot to look forward to in the comedy genre of original programs released by Netflix such as Tina Fey's "Unbreakable Kimmy Schmidt," about a woman trying to adjust to life in New York City after growing up in a cult. In "Wet Hot American Summer: First Day of Camp," the original cast - a long list of megastars including Bradley Cooper - regroup for this prequel to the popular cult film from 2001. Another unique pairing of legendary actresses comes in the form of "Grace and Frankie" starring Jane Fonda and Lily Tomlin, who are blindsided by their husbands falling in love. "Fuller House" joins the "Full House" family, sans the Olsen twins, back together 20 years later. "Master of None" brings "Parks and Recreation" star Aziz Ansari to the screen as a struggling actor in his 30s trying to make it in New York City.

Coming out in February, "Love" is the latest comedy series written by Judd Apatow, who also directs the popular show "Girls" and has a long list of comedic accolades under his belt. Another comedy coming up this year has Ashton Kutcher reuniting with his "That 70's Show" co-star Danny Masterson to take over the family business in "The Ranch." Last, but certainly not least, is "W/Bob & David," a sketch comedy show starring Bob Odenkirk - the breakout star of "Breaking Bad" and its spin-off "Better Call Saul" - and comedian David Cross, and was released in November to much acclaim.