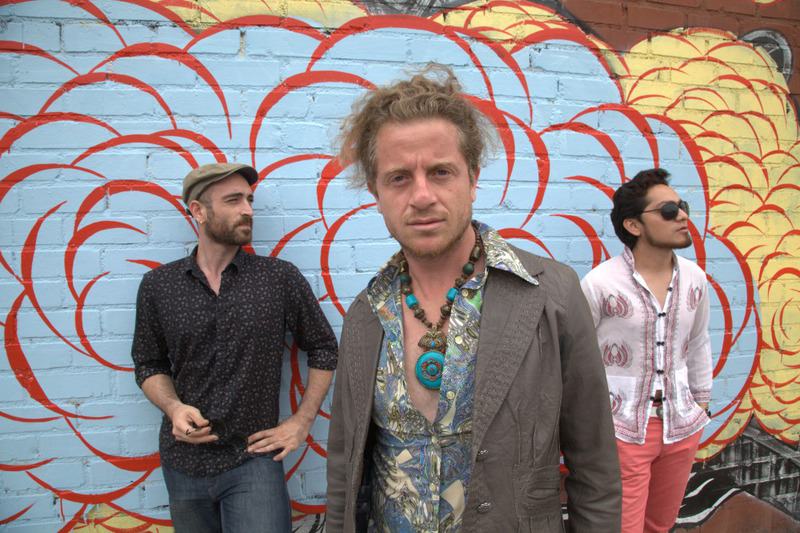 Twenty7, or 27 as they are known in Turkey, are a Turkish rock band making waves in Los Angeles. While they are a popular world rock band in the U.S., in Turkey, their newest collaboration with Gripin has resulted in the number-one hit "Muhtemel Aşk." This week they return to their homeland to perform with Gripin on Saturday, Feb. 27

A charismatic group of characters who meld modern rock with traditional ethnic elements and a Turkish twist, I had the opportunity to catch up with Twenty7 prior to their upcoming shows in Istanbul. The current members of the band are 35-year old Okan Şarlı, who sings vocals and plays bass and originally hails from İzmit, Turkey. Murat Arıkan, 29, plays guitar and is originally from Istanbul and Saddler Samayoa, 27, plays drums and is from Guatemala City.

I asked each of the members to tell me a little bit about their story and how they ended up in the U.S. to which Okan shares that he moved to Los Angeles in 2001 with the intention of further developing his musical intellect and in 2006, formed the band Twenty7. Their name is influenced in part by the great musicians we lost at the age of 27, such as Jim Morrison, Jimi Hendrix and Janis Joplin and is Twenty7 in the States and 27 here in Turkey.

Originally formed in Los Angeles, Twenty7 debuted as a house band for the legendary Whisky a Go Go, followed by a performance at the first annual Sunset Strip Music Festival in 2009. "We think of our style as a blend of modern rock with traditional ethnic music influences," they tell me. Twenty7 perform both English and Turkish songs in their repertoire but have released more of their English songs on social platforms. "When we perform, we adjust our song list depending on the type of concert. For example, if we are performing at a festival in the U.S., most of our songs will be in English. If we are performing to an audience that is primarily Turkish, most of our songs will be in Turkish. We have a few cover songs in Turkish and tend to add some of our own flavor to it. Ali Turnam, for example, is one of our first cover songs, in which we sing both in English and Turkish. Other cover songs include Barış Manço's 'İşte Hendek İşte Deve,' MFÖ's 'Ele Güne Karşı' and Alpay's 'Yekte,' among others," Okan said. "Among our English songs, for example, 'No Chemical Love' was nominated for Best Indie Rock Song at the 2011 Artists in Music Awards and used in the comedic short called 'The Run-In,' produced by Pollution Studios. In 2012, our single "Second Mind" was featured in the film 'About Cherry,' starring James Franco and Heather Graham. In the same year, we also performed at one of the largest music and arts festivals in the United States with more than 60,000 attendees and were awarded an official 2012 Burning Man Award for excellence, inspiration, and beauty."

I have heard of this band giving their own Turkish twist to rocking out in LA, but I asked them how they felt their reception has been in the U.S. "I think our music has spiked an interest among American listeners," Okan said. "It shows not only in the positive reactions of the audience during our live performances, but also in the amount of awards and music placements."

Twenty7 was also voted the top unsigned band of the year in 2011 by U.S. trade publication Music Connection and I asked the group whether they have signed to a label since then. "While signing with a label has its advantages, we equally found it important that we sign with a label that believed in our music and invested in our development. And we're glad we waited. Gripin decided to start their label/production company as Gripin Yapım in 2015 and took us on as their first artist for Turkey. We couldn't have asked for a better fit."Describing Gripin as a very genuine group of people and great to work with, the band explained, "We first met with Gripin when we joined them as an opening act on their first U.S. tour in 2012. During this tour, we quickly connected and agreed to tour in the U.S. again for the next two years. And now, we took it a step further and decided to write music and perform together in Turkey. It is easy to work with a group of people when there is an open line of communication, respect, and understanding, topped with a sense of humor."

This collaboration has resulted in the hit single "Muhtemel Aşk," a collaboration with Gripin's Birol Namoğlu as a featuring vocalist which has reached number one on TTNET as most listened song. "We also reached number 1 on iTunes in Turkey within two weeks of the song's release in December 2015 and for a second time during Valentine's weekend in 2016." The video, which has bombarded Turkish music programs, was shot in different areas of Los Angeles, such as the LA river, Malibu, Santa Monica, Downtown LA, and Long Beach, they tell me adding that some shots were also taken in Joshua Tree National Park. "We worked together with director of photography Jim Shea, who is also known for his work with artists such as Aerosmith and Rod Stewart and director Kemal Başbuğ."

This Saturday, Feb. 27, 27 will be taking the stage with Gripin in Turkey for the first time ever at the 1,200 capacity InnPark in Beyoğlu and the following week they will have their first launch concert for the debut of their Turkish single on Sunday, March 6, at Hayal Kahvesi also in Beyoğlu.

The members of 27 told me they are also working on recording their second single now and plans are definitely in the works for an album release in Turkey. Otherwise, as Twenty7, the group has two EPs out, "Papatya," a self-produced album released in 2010 that contains a mix of both English and Turkish songs and "Love is a Game," which was released in 2013. On this album, a three-song EP of English songs only, we worked at The Lair Recording alongside Larry Goetz, who has also recorded for Demi Lovato, Ke$ha, and Big Time Rush and mastering engineer Stephen Marsh, who worked with artists such as Incubus, Boys II Men, and Ben Harper.

I asked the guys what their daily lives were like in Los Angeles to which they told me that Okan studies Interior Architecture at Santa Monica College and writes and plays music in his spare time. Murat, who is also a certified hypnotherapist and having graduated in psychology, continues to read on the study of mind and behavior, musical therapy, and sci-fi novels, he adds. While Saddler continues to study Performance at the Los Angeles College of Music. He also teaches at the Music Conservatory and gives private lessons in drumming. Besides music, all three of them like outdoor activities, so you'll most likely see them near Malibu or the Hollywood Hills.

I also asked them how the expat experience has been for them as Turks living in the U.S. "Like any expat, we all had to transition and adapt to a new environment. Okan and Murat also had to learn English. However, we think that music helped us with the adaptation as we met and connected with numerous people through music. It was also to our advantage that Los Angeles is a very diverse city with people of different ethnic and cultural backgrounds. And, lastly, the Turkish community in Los Angeles is very active and supportive."

As for what they miss about Turkey most, "The food, the vibe, the energy and of course, Okan and Murat also have family in Istanbul." As for whether they will stay in LA, they said, "Both the U.S. and Turkey are our homes. But we think that, given the recent developments with our song "Muhtemel Aşk" and our agreement with Gripin Yapım, we'll go back and forth between the U.S. and Turkey."

To find out more about their upcoming performances check out http://bandtwenty7.com/ and to buy tickets for these week's shows in Istanbul, visit Biletix.
RELATED TOPICS