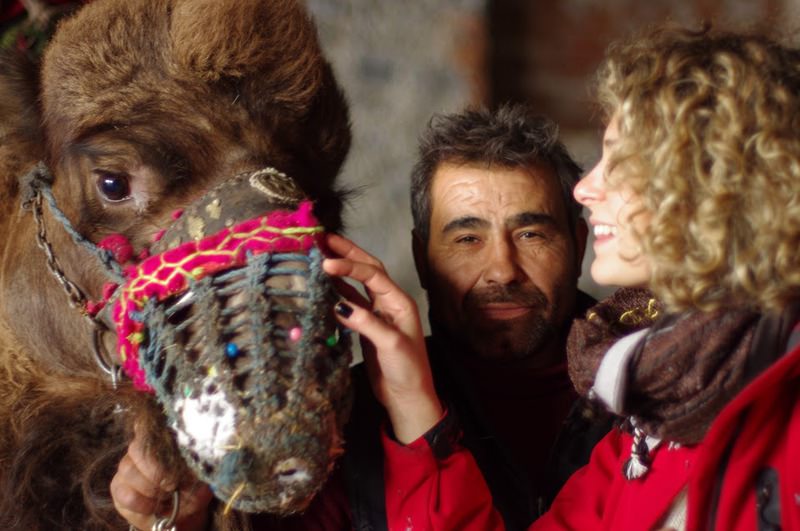 "Holy Camel!: A True Love Story" is a documentary by two young Turkish female documentary filmmakers: director Sibel Mary Şamlı and screenwriter and producer Gizem Selçuk Casalins, which takes a closer look at camel owners and their intimate relationship with these majestic beasts. The documentary is set in the Aegean cities of Izmir, Aydın and Muğla and follows a number of colorful characters and camels to bring a greater understanding to this colorful festival culture and how their lives revolve around the camels the rest of the year. The original score was prepared and performed by none other than the eclectic Turkish psychedelic group Baba Zula.

The two glowing beings behind the film just happen to be Gizem Selçuk Casalins, a 28-year-old born and bred in Istanbul who then moved to Assos after college. Now, she and her Argentinean husband, whom she just happened to meet while working on Turkey's Survivor TV show in Panama, run a five-bedroom boutique hotel called Nar Konak in Assos. You may recall Gizem as being the other half of the Argentinean-Turkish couple who produce Dulce de Leche, a special milk caramel that hails from Argentina, which they make using fresh milk from Assos, and has recently become all the rage. Gizem as screenwriter and producer is joined by 27-year-old director Sibel Mary Şamlı, who was also born in Istanbul to Turkish-English parents. She ended up going to England to study film at Leeds University and has since worked at the independent documentary production company Ajans 21, as well as for an international travel show called Peeta Planet filming for five months in over 12 countries. Sinem is currently a producer at MA Productions, where she co-produces and coordinates foreign documentary productions filming content in Turkey. 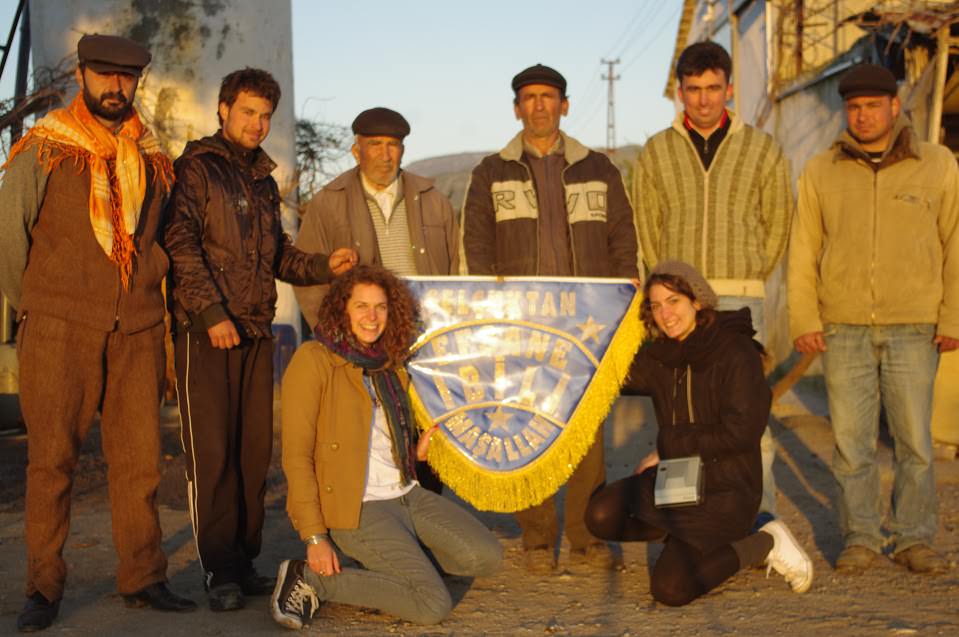 "Holy Camel!: A True love Story" has been a personal project for both Sinem and Gizem and a journey that has continued over the past four years. For both this is their first feature documentary film and now it is competing for the National Documentary prize and will have its premiere at the İKSV 35th Istanbul Film Festival, which will be on Thursday, April 14 at 4 p.m. at the Italian Cultural Center in Beyoğlu.

Sibel and Gizem go way back to high school as friends who would come together to create new projects and learn new things. "Holy Camel" is just one of them, which happened to become their greatest feat yet. I had the chance to speak with Gizem about the upcoming release of her film and asked her how the journey first began. She told me that one day they met up in the Assos area and saw a camel on the road. With that camel and the camel's owner they were met with seven other camels and were suddenly opened up to the world of camel wrestling, an event quite widespread in the most rural regions of the Aegean and Mediterranean, which hold festivals throughout the winter months.

"We were surprised and began researching it. The next thing we knew, we were at the Ezine Camel Wrestling Festival. After that we ended up going to a dozen or so wrestling events and two separate research trips," said Gizem. I asked her when they first started shooting and she explained that initially they would go the wrestling bouts as just two girls and sometimes were joined by friends for research and then began officially filming in the 2012-2013 season. They also went during the off-season time because more so than the festival, the film actually hones in on the backstage relationship between the camels and the people. "The film shows how they see their camels and what sort of place they have in their lives. We took a very traditional subject and approached it from our own perspective," she said.Gizem explains that they set out to promote this prevailing tradition to those who actually have no idea this culture still exists. "We want to be able to share with others the same pleasant shock and surprise we experienced when we first went to a camel wrestling match, in the hope that they will one day go to a camel wrestling event themselves. In fact, that is why the Turkish name of the film is "Yok Devenin Pabucu," a Turkish idiom that translates to "The camel has no shoes" and is used to express surprise. The English name 'Holy Camel!: A True Love Story,' gives the similar feeling of delving into a whole new unsuspecting world of camels, color and love."

It is believed that camels were the "Prophet's animal" and that they bring prosperity and as a result people really do have a different perspective on this animal. "In the off-season, they take such good care of the camels, they rub them with oil, walk them around and feed them. We got to see them without their costumes, and in their natural state," Gizem said, adding that once they got to know the camel wrestlers themselves and became familiar with the camel culture and saw how much the

y wanted to share their culture with others, they wanted this to be a contribution to them. "We hope that those who see the film may take the non-beaten path one winter weekend to experience the camel wrestling tradition for themselves," said Gizem. "Just two weeks ago we took some of our guests at the hotel to the Ayvacık camel wrestling event. They were so surprised and excited and I became excited with them, it reminded me of that excitement from the very first day we discovered camel wrestling. There were so many colors, it was such a fun environment and all of the music. Hopefully, next year we will be out there with our own barbecue having fun rather than going to these events as work. I also can't wait for the camel wrestlers themselves to see the film and to see what they have to say. We actually also have an idea of taking those who see the film and are curious about camel wrestling on a tour. Maybe we'll arrange something like that next year," Gizem added.

In addition to having its world premiere on April 14 at the Italian Cultural Center in Beyoğlu at 4 p.m., the documentary is also among the 12 finalists for Turkey's public broadcasters TRT's Documentary Competition. In May, there will be showings for the competition as well as an awards night. "Then, of course, we are looking forward to sharing the film with the camel wrestlers themselves," Gizem adds.
RELATED TOPICS