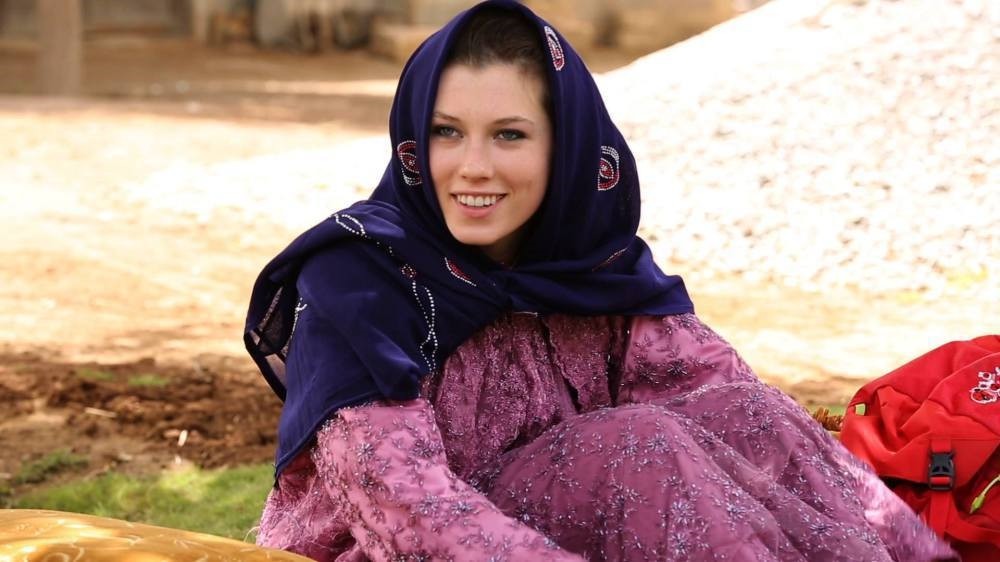 Turkey's expat community not only embraces Turkish culture, but travels and learns a lot to share their experience on TV shows. A number of shows offer a glimpse of Turkey from expats' eyes

A number of well-seasoned expats have become household names in Turkey for hosting a variety of entertaining and educational programs on their adopted homelands and in their learned Turkish. The following is a list of all of the shows on air or available on the worldwide web hosted by expats in and on Turkey: 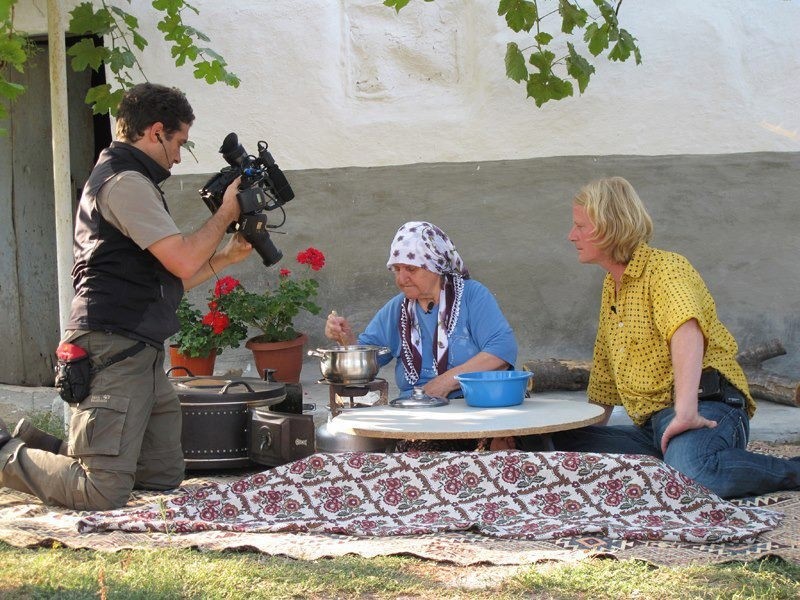 With his long blonde hair, tall stature, friendly and knowledgeable personality and fluent Turkish, Wilco Van Herpen has long been Turkey's most popular expat on TV. Hailing from Holland originally, Wilco is a jack of many trades, a skilled cook, photographer and journalist being just some of his many talents. Wilco moved to Turkey in 1999 and for the past 10 years now has had a show called "Wilco'nun Karavanı" (Wilco's Caravan), where he travels throughout Turkey that aired on the travel documentary channel İZ TV. Wilco's foray into becoming a travel and food program host began way back at the start of the millennium when he had a program called "Kaçış Planı" or "Plan of Escape" that aired on TRT.

In 2003, he had a show called "Wilco'nun Gözü" or "Through Wilco's Eye." But it was his travel program called "Wilco's Caravan," where he travels around in his caravan in approximately 125 episodes that most everyone in Turkey knows him for. During that time he also had a number of side projects including a program called "Yabancı Değil" (No Stranger), which aired on TRT Avaz and took Wilco to destinations in the Balkans, Caucasus and Middle Eastern countries in which he documents his travels for viewers in Turkish.

Wilco's most recent shows are "2 Göz, 1 Şehir" or "2 Eyes, 1 City" and "Wilco'yla Yaşasın Yemek," which translates best to "A Celebration of Food with Wilco." In the first, he is joined by a professional photographer in each of the nearly 40 episodes shot, in which he learns more about their line of work and vantage point of our adopted homeland. His latest project "Wilco'yla Yaşasın Yemek," takes him to towns throughout Turkey in which he focuses on a particular ingredient popular in the regions he travels to and uncovers the role these foodstuffs play in local culture and traditions. At the end of each episode and in an outdoor makeshift kitchen, Wilco then prepares his own favorite dishes with the ingredients highlighted. With nearly 40 episodes thus far, Wilco has expertly combined this travel/cooking program, which airs on Turkmax Gurme. Both shows are also aired on İZ TV and on their website you can find a complete archive of his shows including that of his signatory show "Wilco'nun Karavan." 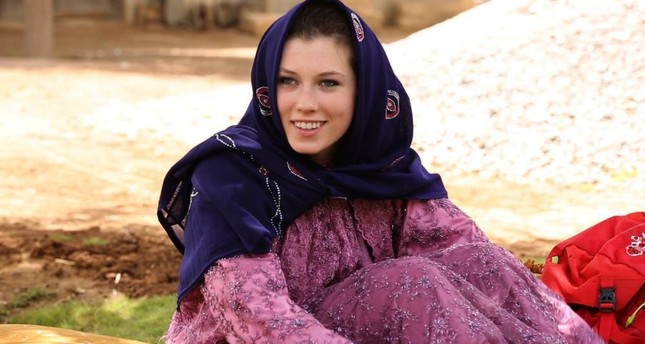 The adorable Rikki Roath left her home in North Dakota at the young age of just 15 to travel the world. Since then she has done modeling, studied cooking and even biked through Europe including in Turkey, where she ended up settling. Now, in her early twenties, she hosts her own television travel show in fluent Turkish. Called "Annemden Uzakta," which translates to "Away from my mother," Rikki travels to places all over the country where she embarks on a variety of adventures such as hot air balloon rides, soap-making and picking rare herbs off a mountaintop. This travel documentary program currently airs on TRT Belgesel. 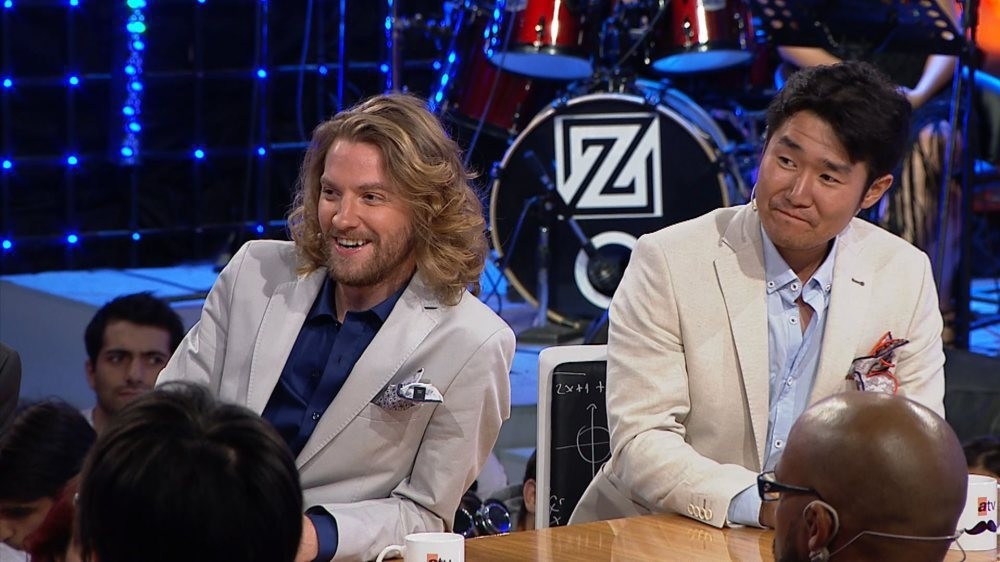 Then, of course there is ATV's "Elin Oğlu," the mother ship of all expat shows as it pins together eight handsome and charismatic male expats from all over the world who debate on a variety of topics on Turkey and in Turkish focusing on a foreigner's perspective and moderated by two Turkish television personalities. The program airs on Saturday nights. 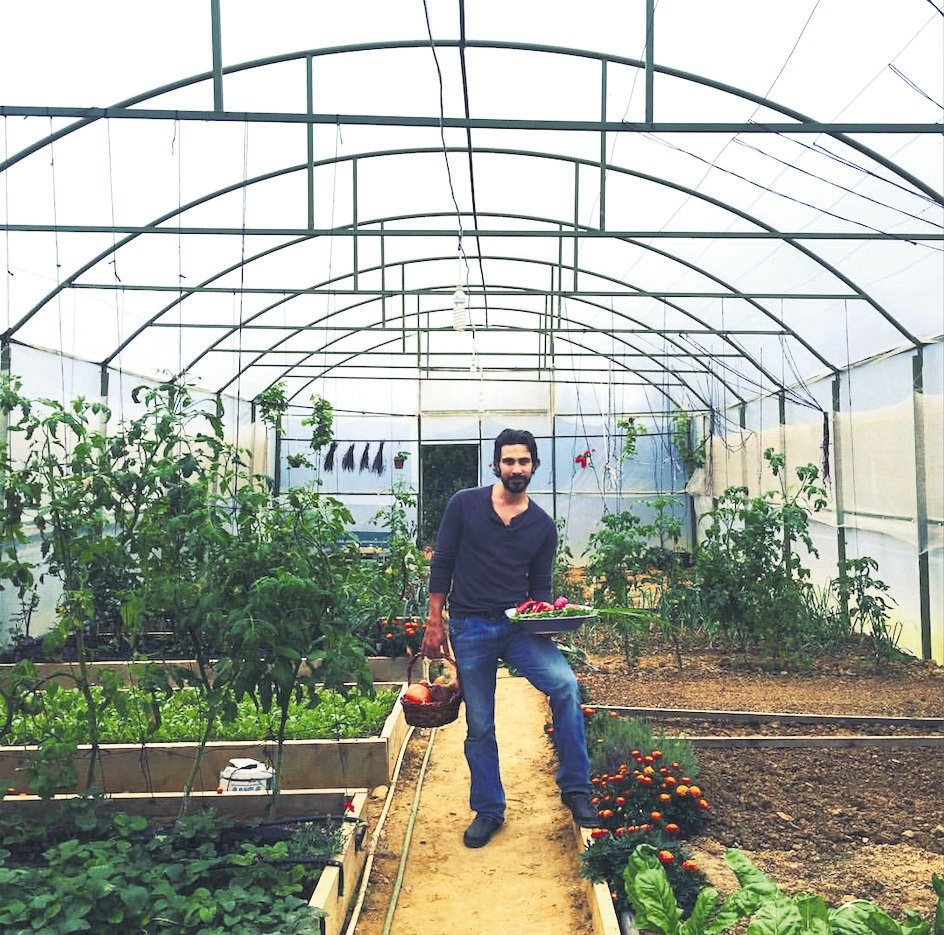 Translated to "Ray's Farm," you can catch this food program hosted by chef, yoga trainer and rap and hip hop artist Ray Rizzo currently airing on Turkmax Gurme. For the past year now, this American expat has been sharing his experience of growing organic veggies on his own farm in Turkey and preparing simple and healthy recipes with natural ingredients for his viewers. 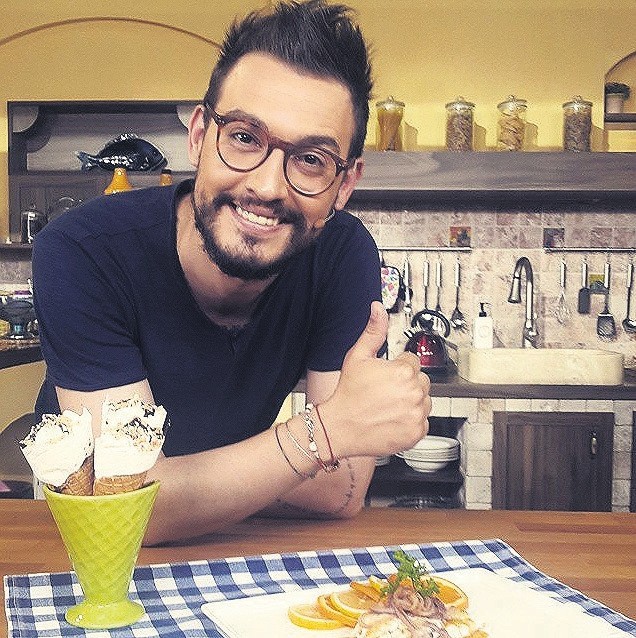 Italian expat, television personality, chef and restaurateur, the 34-year old Danilo Zanna, who is also on "Elin Oğlu," also has a cooking show called "The Italian Job" on Planet Mutfak, where he dishes up Italian favorites and is a regular guest chef on the health-focused daytime show "İyi Fikir," which in Turkish means good idea. 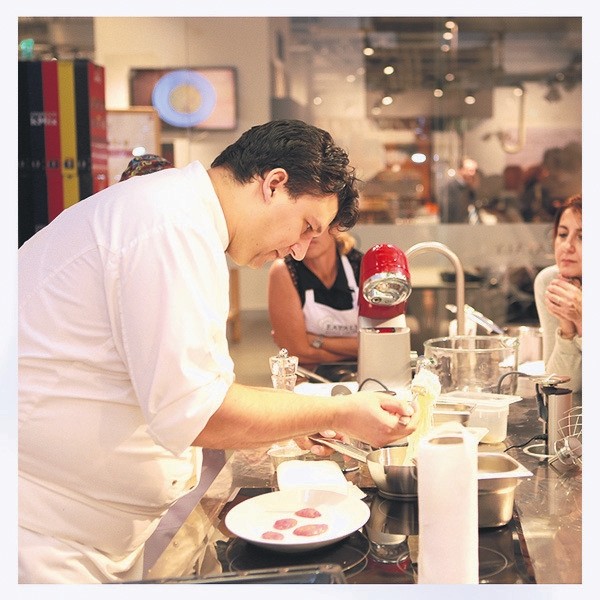 Italian executive chef Claudio Chinali hosts the cooking program "Şef İtalyan Olunca," in English "When the Chef is Italian," which hones in on Italian classics and airs on Turkmax Gurme.

Hosted and directed by Adam Isenberg, an American expat based in Istanbul, "Adem'in Seyir Defteri," which translates to "Adem's Journal" is a travel documentary program that ran for nearly 40 episodes on the state-run broadcaster TRT during the years 2009-2012. Filmed, in his early 30s, this very handsome yet down-to-earth expat truly gets hands on as he visits with interesting characters and partakes in local traditions such as playing music, dancing and even wrestling. With his endearing Turkish and adventurous attitude, the show is a fun watch for Turks and foreigners alike and all episodes are available with English subtitles now on YouTube.

"Our Michael" as it is known in Turkish as well as his other program "Istanbul'da bir Maykıl" (A Michael in Istanbul) were travel shows that aired in 2013-2014 presented by American expat and then-Koç University hockey coach Michael Jorgensen. In both shows, Michael and his fluent Turkish would discover different neighborhoods in Istanbul and seek out conversations with locals on the streets to find out regional myths and legends, learn historical facts and uncover unique culinary specialties pertaining to each region. Although no longer on the air, a number of episodes including one in which he takes a stroll down İstiklal Avenue with novelist Ahmet Ümit and his journey to each of Istanbul's seven hills are available for viewing on www.maykilscorner.com.

In this show, which translates best to "The Journey of Food," French expat, historian and sociologist Olivier Despretz travels all over Turkey to discover the country's culinary legacy; adventures which he shares with viewers in approximately 60 episodes that aired on İZ TV and are now available for viewing on their website.
RELATED TOPICS