The rules of Turkish hospitality 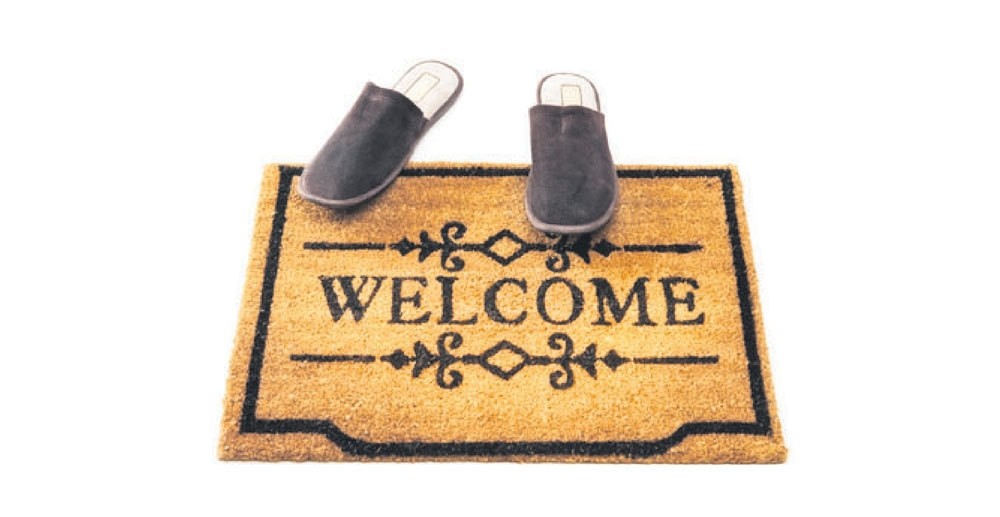 We all know Turks are famous for their hospitality, but what does that even really mean? Here are the ins and outs and rules to follow when it comes to Turkish hospitality decoded and deciphered

One of the most standout traits in Turkish culture is undoubtedly hospitality. In fact, there is even a town, Kilis that is vying for the Nobel Peace Prize for their hospitality having welcomed more than their own population of refugees. Turkey's hospitality towards the refugees does not come as such a surprise as sharing their space, helping people and maintaining neighborly relations, just happen to be the three main tenets in place in Turkey. That Turks come from a nomadic culture has only imprinted these values from generation to generation to now become the country's national identity, in which hospitality and familial relations are certainly considered their most important cultural values.

When I think of the word hospitality, what comes to mind is a Turkish "abla" or "teyze," ushering me into her home, giving me slippers from their collection or even taking the shoes off her own very feet to make sure mine are covered. Then I imagine entering an impeccably clean home, being given a cup of freshly brewed tea or Turkish coffee and more often than not tidbits that include the usual culprits of olives, cheese or nuts. Trying to leave can also be trying, not only will you most likely be bombarded with a bag of something they have picked or collected as a gift, but also a new wave of conversation almost always begins as you try to leave but get stuck chatting with the host between the cracked door. One thing is certainly true and that is that it is very rare to leave a Turkish home empty-handed. Meanwhile, although always appreciated, as the guest you are not expected to arrive with anything, contrary to Western traditions.

In fact, Turkey has quite the opposite values to the logic and customs foreigners are more familiar with. When I first moved to a Turkish village, at some point in the middle of the night or early morning, secretly neighbors had left huge jars of olive oil, olives, milk, yogurt and cheese for me. These were welcome gifts but I never did found out who the culprit behind this great generosity was. If I had moved somewhere new in the U.S. or Europe most likely neighbors would come round, but they would do so with the intentions of introducing themselves to their new neighbors, very unlike the secret Santa-like ways of my Turkish neighbors, who did not seek approval or anything in return, they simply wanted to help out a new neighbor who might not have the right provisions for the night.I still cannot completely fathom why anyone would give such a generous gift without seeking at least acknowledgment. But this is where the Turks truly differ as what they do is not only intended as a gift for the guest, it is a continuation of a culture and tradition of hospitality for hospitality's sake, regardless of who the guest is and why they have arrived. While in village life, Turkish hospitality is as palpable as the harvest is fruitful and I as a foreigner have always felt welcomed, embraced and most importantly protected, the situation is not that different for city dwellers.

While in the modern-day city, popping over for tea may not be the easiest thing to do, it is still certainly considered the norm and at times an obligation. In either case, the Turkish host will always give over the best seat in the house and whatever goodies they have to offer will be shared with the visitor. In fact, rather than our hoarding tendencies in the West, Turks love to share their finest with those who wander in, regardless of who or where the guest is from. They literally gain pleasure from sharing, a quality I truly admire.

If you compliment a Turk on something they have whether they are wearing it or using it, chances are they will give it to you right then and there. This can be overwhelming for the foreigner who, according to Western culture was just trying to bond through giving compliments, yet suddenly, the kind deed we tried to pay is repaid multifold as suddenly we can find ourselves in unbeknownst possession of the very item we complimented. A rule of thumb to follow when complimenting a Turk would be to tell them the item in question looks good on them, rather than just saying it is "beautiful," which will only end up in spurring a Turk to gift that item to you just because you liked it. That's how generous they can be and they truly want nothing in return.

But Turks will also go out of their way to be hospitable and help people anywhere not only when welcomed in their homes. Being offered a cup of tea is all par for the course in many a shopping, business or even bureaucratic experience. And if you accept that tea, you will undoubtedly form a life-long bond with said person as many a Turk will also never forget a face. They also may delve into the most personal of conversations, and even go so far as to ask your marital status or even your weight, but it shouldn't be seen as prying just as pure curiosity and they will repay you with this knowledge and can easily embark on some of the most meaningful conversations with someone who moments before was just a stranger.

Once they get to know you, a Turk will take you in forever. They will protect you, back your good intentions and will help in any way they can. In Turkey you will always have a neighborhood and be part of a community and just living in the vicinity makes Turks want to include and protect you. The corner market culture in Turkey, in other words, the bakkal, is many-a-time your go to right-hand man or woman for any unsolved questions about how to do things in Turkey. Maybe because so much is done here by word of mouth, many a foreigner will spend their time trying to figure out the way to get something done right and the Turks not only understand but will also go out of their way to assist a foreigner just so they can feel more comfortable in their country. Simply asking directions can turn into conversations and simple conversations can turn into Turks bending over backwards to try to make our lives as newcomers that much easier.

In love and friendships Turks dive in headfirst and it is easy to make lifelong friends and companions with a Turk in no time. For them an unexpected guest is one that has been sent by the "greater powers" and they believe and relish in their duty to serve a stranger. Sharing a meal with a Turk could easily turn into a sleepover or a weekend outing and from there some new adventure or a lifelong friendship. For them building bonds and enjoying the moment are the most important things in life, a sentiment behind the reason many of us have chosen to make this country our home.
RELATED TOPICS