Turkish designer is the man behind Victoria's Secret wings 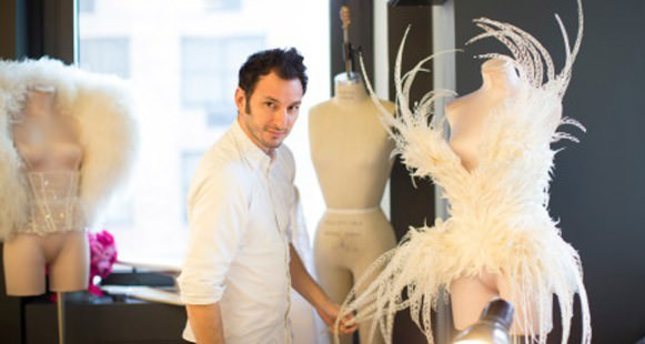 by Daily Sabah Dec 05, 2014 12:00 am
The Turkish-born Belgian haute couture designer Serkan Cura, who was trained in the atelier of Jean Paul Gaultier, is the man behind the elaborate feather and wire creations of Victoria's Secret wings which the models parade down the runway in.

'When I saw last year's fashion show – I have to watch it on TV because I work backstage building all the corsets and putting all the feathers on the girls, but when I saw it I just thought 'wow'. That's why I accepted the challenge to make things for them again this year and I will ask again next year," he said.

This year`s international audience is expected to top 2013's audience of over 15 million, and luckily Serkan has no plans to leave the franchise anytime soon.
Last Update: Dec 05, 2014 11:03 pm
RELATED TOPICS