A classic fashion staple at long last regains its popularity 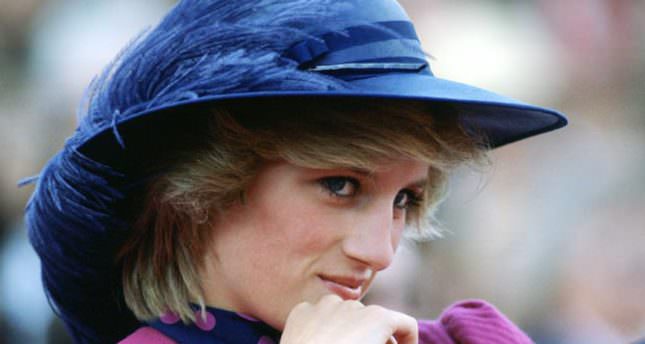 Wearing a hat is an old tradition dating back to ancient civilizations that generally indicates social status. Especially in the early 1900s, hats were one of most fashionable accessories on the street. Now, they are regaining their popularity with new fashion trends

Archaeological finds suggest that hats were first worn by the Egyptians. In 3200 B.C., Egyptian men used to put feathers on their heads, while pharaohs placed a special cloth on their crowns or wigs. Later in 3000 B.C., ancient Minoans living on the island of Crete wore conical hats, and the Mesopotamia-inhabiting Assyrians wore circular head-gear.

Over the centuries, hats became a means of indicating social status. For instance, in Ancient Greece, the poor generally wore hats. In contrast, at the time of Romans, the rich used to display their status by wearing hats. If we look at the Eastern regions of the world, we learn that ancient people preferred to adorn their hair with accessories. When the Crusaders returned home from being in the Holy Land during the 11th and 13th centuries, they took back the style of adorning hair to the West. As a result, precious stones, flowers and beads became the popular hair accessories of Western women at the time.

Fashion trends evolve over time, and hats have established their place in the fashion industry. By the time we reached the 1900s, wearing hats became the most fashionable trend on the street. In the early years of the Turkish Republic, the reason behind the increasing popularity of hats can be attributed to the Belarusians who escaped from the communist regime to Turkey, as they always wore hats. They were also successful in making a profit by selling them. The real change came in 1925, however. Upon Atatürk's hat reform declared in Kastamonu, hats became the period's most indispensable accessories. Following the reform, Jewish-Turkish businessman Vitali Hakko, who is also the founder of the prestigious clothing brand "Vakko," opened the hat shop "Şen Şapka" in Sultanhamam in 1934. His shop became the must-visit shopping venue for Istanbul's elite women at that time, and Hakko founded the Vakko brand when hats were very popular in Istanbul.

The hats of Madam Katia

Again in the early years of the Turkish Republic, Madam Katia was the name on everyone's lips, especially women talking about hats. Since the 1930s, she had been designing hats for Istanbul's celebrated families. Madam Katia wanted to become a physician, but instead continued her family's profession. During an interview, she said that in those days, no one would think of going out without a hat or gloves, and hat shops lined İstiklal Avenue. Madam Katia still showcases her handmade hats at her shop in the Hacopula Passage, and her shop is the ultimate destination if you need a stylish hat.

Gabrielle Bonheur Chanel is another name that deserves particular attention when we talk about hats. Chanel is obviously one of the world's most well known fashion brands. Generally referred to as Coco, Chanel grew up in an orphanage in Correze where she learned how to sew. For a long time, she worked as tailor's assistant at different shops, and when she was young, she designed hats, most of which were highly praised by her friends. Chanel designed her first hat in 1908 and began to sell her designs a year later on the ground floor of a Paris apartment. Customers used to see a signboard at the entrance advertising "Chanel Style." Following her success, Chanel realized that fashion was going to be her lifestyle. There is no need to mention what she achieved afterwards.

Similarly, royal families around the world have contributed to the popularity of hats in fashion. Although the popularity of hats declined between 1960 and 1980, they regained their popularity with the custom-made hats worn by Princess Diana in 1980s. The specially-designed hats of the Duchess of Cambridge, Kate Middleton, have also caught the attention of the fashion world.

Beyond a shadow of doubt, hats are a regular item of street and high fashion with their various designs, including berets, panama hats, felt hats, crochet hats and straw hats. In conclusion, the hat museum featuring 421 designs in Kastamonu should be mentioned. The museum features different styles of hats dating to different eras starting in the 1900s. Visitors can see the hats of former Prime Minister Bülent Ecevit and President Süleyman Demirel.

Many of our grandfathers and grandmothers keep their hats at home. They might look old-fashioned, but you can still use them. Why are they kept on dusty shelves? Pick them up and wear them, and keep the period's nostalgic soul alive; they will certainly look stylish!