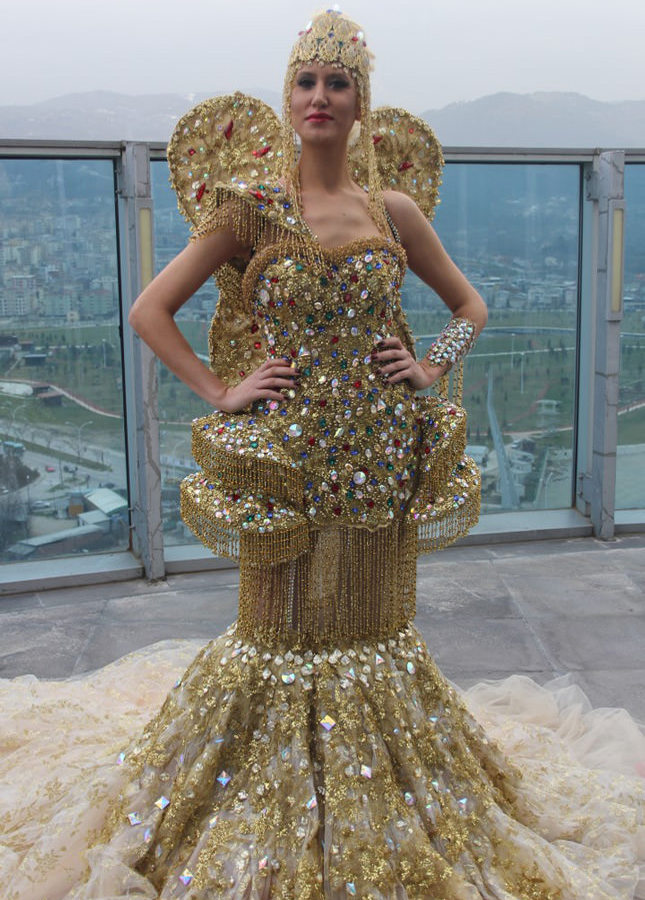 by Jan 30, 2015 12:00 am
One of the world's most expensive bridal gowns, Altın Melek (Golden Angel), which costs 1.5 million euros, was recently put on display at the Bursa Sheraton Hotel. The glittering gown was designed in two-and-half months by the Istanbul-based Gullady Fashion House. Turkish fashion model Yasemin Acar appeared in the heavy wedding dress, which weighs 55 kilograms. Featuring 900 different gemstones including gold, emeralds, rubies and sapphires, the gown was made with Indian cloth.

It was designed last year for the sheikh of Dubai and sold for 1 million euros. Due to high interest, a butterfly pattern was also added on the back of the sparkling gown. Acar said she was proud to wear the special dress but found it difficult to carry, as she weighs only 49 kilograms. "The gown bears both moral and material importance," she continued. Fatoş Akyıldız, the gown's designer and owner of Gullady Fashion House, said special embroidery was used for the gown's butterfly and wedding tiaras. The fashion house was invited to Bursa to introduce the gown to those who might be interested. The wedding dress is waiting for its new owner.