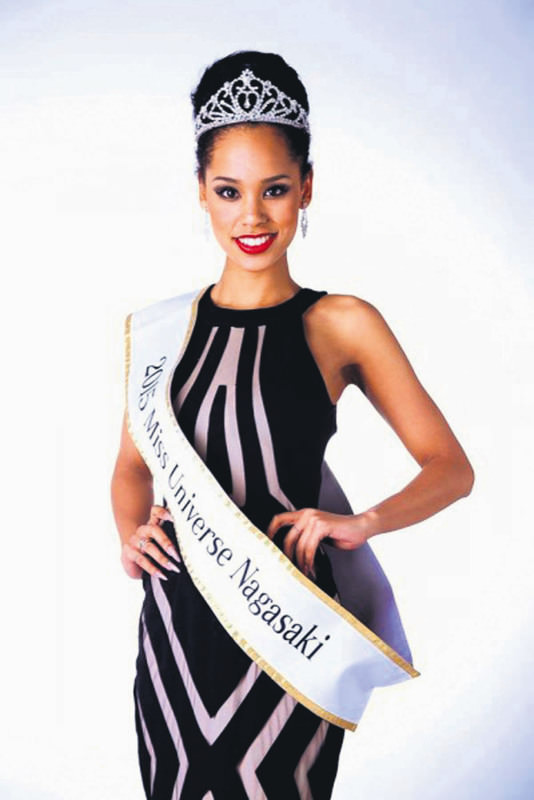 by Daily Sabah Mar 20, 2015 12:00 am
Born in Japan to an African-American father and a Japanese mother, 20-year-old Ariana Miyamoto sparked a debate among conservative Japanese when she was crowned as Miss Universe Japan. Miyamoto received both positive and negative reactions from the Japanese public, which is known for their conservatism regarding cultural matters, after her win.

In Japan, multiracial or multiethnic individuals who are part-Japanese or half-Japanese are referred to as "hafu" (half). Although some people consider the word derogatory and insulting, some believe the word means diversity. Social media users have already named Miyamoto the "Hafu Queen." Miyamoto looks up to world-wide famous singer Mariah Carey, as she also struggled as a biracial woman. Born and brought up in Nagasaki, Miyamoto spent her high school years in the U.S. For many people, these features of the new Miss Japan are very interesting and make her different from others. Many commented on her win by saying "Good luck Ariana," and "Having a different ethnicity does not make you less Japanese." The crowned beauty queen became entitled to represent her country at Miss Universe 2015.
Last Update: Mar 21, 2015 1:59 am
RELATED TOPICS