From film to fashion, Dubai bids to be creative capital of the Arab world 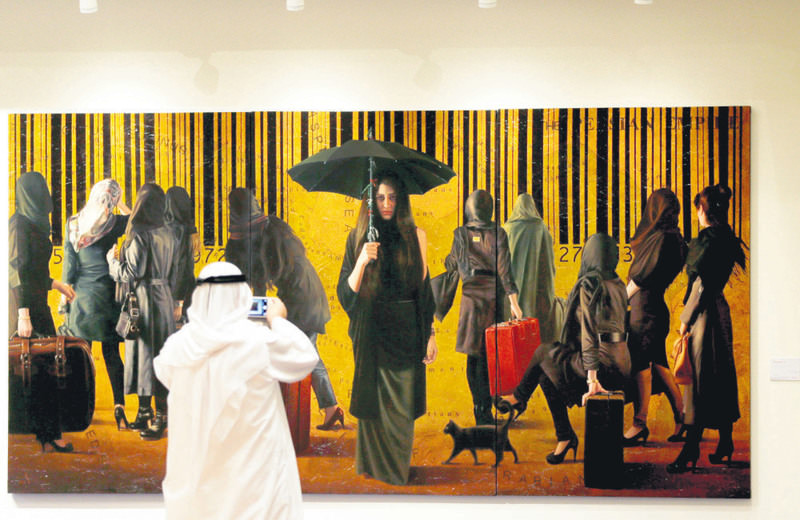 by reuters
Apr 12, 2015 12:00 am
Move over, Cairo, Beirut and Casablanca. Dubai is launching a drive to become one of the Arab world's top centres for art, design, film and fashion – areas that have traditionally been dominated by old Arab cities outside the Gulf.

Success is not certain. The wealthy emirate is much better known as a trading and banking hub and luxury shopping destination than as a centre for the arts. It lacks the established cities' centuries of history and culture.

But Dubai has advantages which the old cities can find it hard to provide: security, cosmopolitan lifestyles and comprehensive travel links to the rest of the Arab world.

It is throwing hundreds of millions of dollars and the latest technology into its effort, using state-linked companies to develop the project in the same way that it's successfully jump-started other industries.

Other cities have allowed neighbourhoods of artists and designers to emerge over decades. Dubai is not leaving that to chance; TECOM is creating a purpose-built 21 million square foot (2 million square metre) area called the Dubai Design District.

Tenants of the district are to include galleries, studios, workshops, boutique stores and museums, plus office and residential space. The first phase, to open this year, will cost 4 billion dirhams ($1.1 billion). TECOM says over 220 companies have agreed to take part.

The Dubai Design and Fashion Council, a state-funded body, plans to set up a design school with students from around the world. One of the school's specialties will be Islamic design.The council intends to act as an incubator for new design businesses, providing technical support and advice. Eventually, Dubai state funds could be invested in some of the businesses, along with private sector money.

To some, Dubai's top-down approach to culture may seem stifling or sterile. But executives see no contradiction; they argue that just as the emirate has attracted traders and bankers from the region by giving them an environment in which they can prosper, it can lure artists, designers and film makers.

"The ingredients for success come from the grass roots," said the council's chief executive Nez Gebreel, who helped to manage the businesses of David and Victoria Beckham for six years before moving to Dubai.

"We're just creating the conditions which will allow people to flourish, and which don't necessarily exist elsewhere in the region."

One early design start-up in Dubai is Bil Arabi, a jewellery business opened in the emirate nine years ago by Nadine Kanso, a Beirut-born graphic designer.

Bil Arabi sold 1,500 pieces of jewellery in the shape of Arab calligraphy for $820,000 last year. Kanso described the pieces as "bling bling with a Middle Eastern edge", but with a serious purpose, to explore Arabs' cultural roots.

Political stability and security were key to her decision to start the business in Dubai, as war and social tensions can make it hard to operate in Beirut, Kanso said.

Three British-Iranian brothers in their 20s and 30s, Haman, Babak and Farhan Golkar, said they founded their high-end clothing brand in Dubai five years ago partly because the city was younger than the established fashion capitals, meaning there was room for newcomers.

The brand is sold mostly in the Gulf and the Golkars plan to develop sales in Europe. Dubai's tourism industry, which draws millions of visitors every year, may help the city develop global brands as the tourists spread recognition of them in their home countries, Babak said."In terms of retail power, Dubai is on a par with any city in the world, and that's an important factor for a brand."

In film making, the Arab Spring uprisings of 2011 pushed business toward Dubai; movies and television series that might previously have been made in Cairo or Damascus could more safely be shot on a Dubai sound stage, using computer graphics to generate backdrops.

Film makers in Dubai don't always operate with quite the same artistic freedom as they would in their home countries - productions in the United Arab Emirates must respect local cultural and religious sensitivities. A proposal to film a Sex and the City movie in the UAE was rejected, and it was shot in more liberal Morocco instead.

But such considerations aren't an obstacle to most films. There were 777 applications to make short films, TV series or commercials in Dubai last year, up from 741 in 2013; 146 TV channels broadcast from the emirate - although Dubai faces stiff competition from neighbouring Abu Dhabi to host blockbusters.

"Morocco's film industry is about 50 years old and Egypt is 80 years. We can't match that, but we can compete in convenience, technology and low costs," said Jamal Al Sharif, managing director of Dubai Studio City, part of TECOM.
Last Update: Apr 12, 2015 11:39 pm