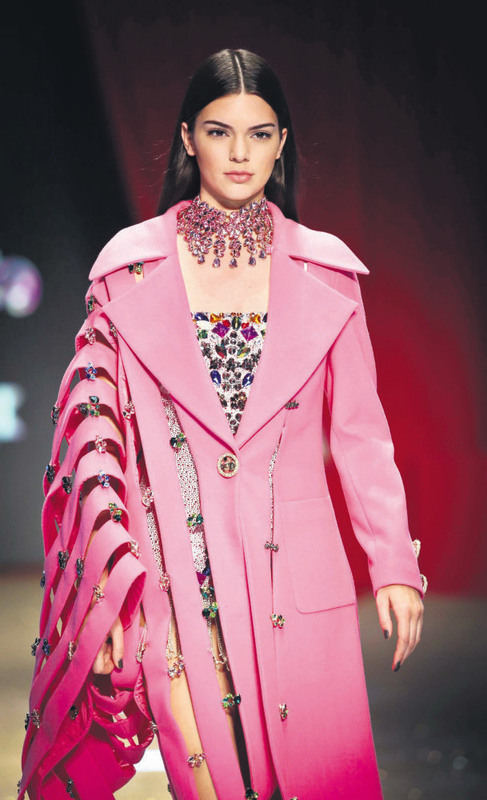 by Jun 11, 2015 12:00 am
American top model and reality show figure Kendall Jenner took the podium last Tuesday night in Antalya as part of the 20th Dosso Dossi Fashion Show held at Antalya Expo Center. She opened the fashion show, whose theme was "circus," wearing a long, princess-like dress. She later wore a mini dress adorned with colorful gems and a pink jacket teamed with a sleeveless mini black dress and high boots. During the final walk of the show, the 19-year-old top model wore a white jacket and mini shorts and was accompanied by 50 other models on the podium.

The acrobatics show staged during the break perfectly suited the theme of the night. Following the show, Azerbaijani singer Elnur Hüseynov took the stage and performed his song "Hour of the Wolf" with which he competed in the Eurovision Song Contest. The fashion show, whose choreography was prepared by Öner Evez, lasted about an hour.

Following the show Jenner and Dosso Dossi's CEO Hikmet Eraslan held a press conference together. The top model said it was the first time she visited Turkey, adding that the show and choreography were "very good." "The collections that were exclusively made for me were great," she said. "I am glad to be able to walk on the podium wearing them. I had no idea that Antalya is such a beautiful place. I am very happy to be here. I hope I will come to Turkey again and walk for other fashion shows."
RELATED TOPICS