Laleli Fashion Shopping Festival kicks off, aims to be a world-renowned brand 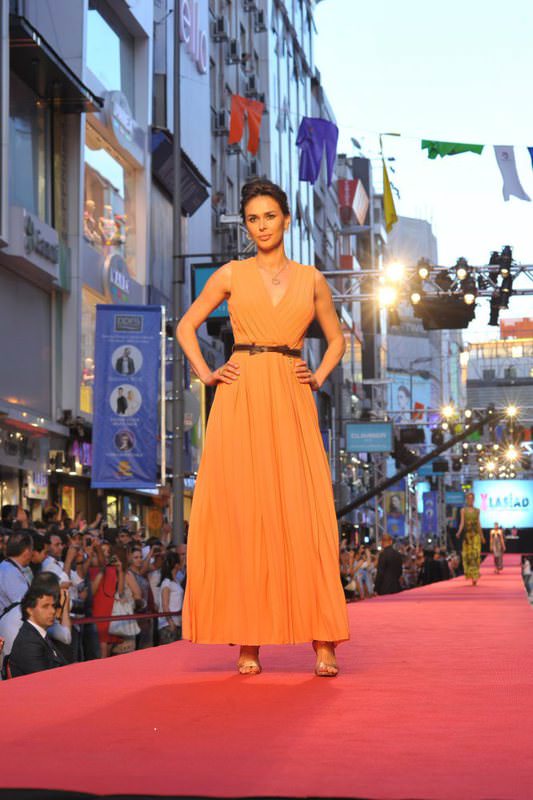 by Anadolu Agency Aug 24, 2015 12:00 am
Laleli Fashion Shopping Festival kicks off, aiming to be a world-renowned brand Organized by the Laleli Industrialists and Businessmen's Association (LASİAD), the Laleli Fashion Shopping Festival will be held for the fourth time, starting today. Although it was previously announced that world-renowned Israeli model Bar Refaeli would take the podium as part of the festival, it has been reported that she will not be able to come to Istanbul due to illness.

LASİAD President Gıyasettin Eyyüpkoca held a press meeting with the festival committee prior to the festival's official opening today. Eyyüpkoca underscored that Laleli has been a dynamic and modern trade center for years despite ever-changing economic conditions around the world. He said this year's festival, which will continue until Aug. 30, would be more enthusiastic and exciting. He said numerous people worked very hard for six months to organize this festival, saying that they collaborated with 13 different countries along with the Ministry of Economy and the Istanbul Chamber of Commerce (İTO).

Saying that the festival is "bringing fashion together with shopping," Eyyüpkoca reported that the festival would be held around the same time every year, from now on. He also addressed the economic crisis in Russia and said: "We take turning this negative atmosphere to our advantage as a mission. Laleli is Turkey's door for export." He claimed that events such as the Laleli Fashion Shopping Festival contribute to Turkey's economy. He said they are making everything jointly and working on behalf of Laleli to promote it internationally and see its name in its deserved place.

Eyyüpkoca said their motto is "Creating a brand out of Laleli." He also praised his association and said LASİAD is an institution that can predict problems other countries will face and turn these problems into advantages for Turkey. He said that Russia has 27 percent of the Laleli market, while Ukraine has 12 percent, adding that they can compensate for the 40 percent gap with foreign target markets. He said that they would continue to collaborate with other countries and concentrate on local organizations. Eyyüpkoca later answered questions from the press, saying that the festival met the targeted financial figures last year. He said trade contacts made through the festival reached several million dollars within two days last year and that they expect the same performance this year. He later reported that top model Bar Refaeli would not be able to take the podium tomorrow, as was announced earlier, due to her medical problems. It is said that Refaeli will attend another event organized by LASİAD in the near future.

"Of course our contract included an economic sanction for canceling the event; however, we did not want to do it as she had health problems," said Eyyüpkoca and added the top model will later appear at another event. "I can clearly say that she did not cancel her program due to security reasons," said Eyyüpkoca. Although he did not offer insight about the payment that the top model received for the event, Eyyüpkoca said that they shook hands at a very low price with Refaeli.
RELATED TOPICS