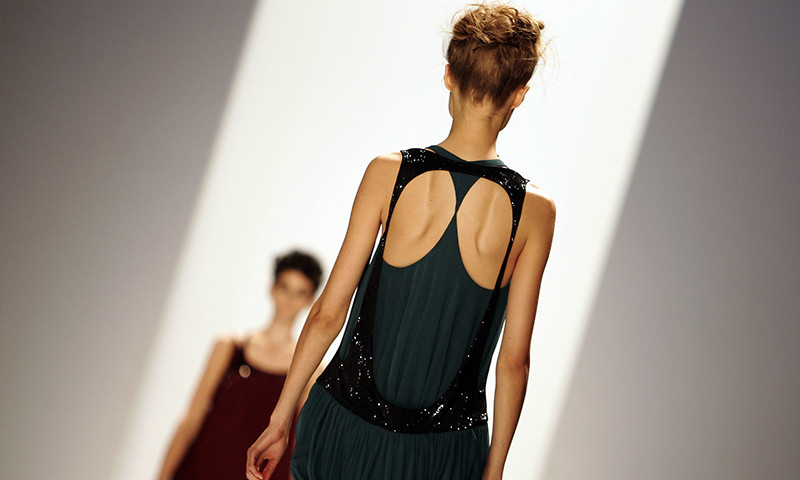 | AFP Photo
by Dec 18, 2015 12:00 am
French lawmakers on Thursday adopted a bill forcing ultra-thin models to furnish a doctor's certificate confirming they are healthy and magazines that Photoshop their silhouette to tag the images as "touched up."

The bill stipulates that models must obtain a medical certificate stating that their health, "assessed in particular in terms of body mass index, is compatible with the practice of the (modelling) profession".

The lawmakers also voted that images of models that are altered to "make the silhouette narrower or wider" should be labelled "touched up."

An earlier draft of the bill had caused howls of protest in the fashion industry by proposing that a minimum body mass index (a measure of body fat based on height and weight) be imposed for models.

In the end parliamentarians agreed to let doctors make the call on whether a model is too thin, taking into account a range of criteria, including age, gender and body shape.

An earlier version of the bill also made it an offence punishable by up to a year in jail to encourage excessive thinness, a measure aimed at "pro-ana" websites that are seen extolling and promoting anorexia or bulimia.

That proposal too was excised from the text adopted by the National Assembly or lower house of parliament on Thursday.