Tommy Hilfiger has a Turkish muse 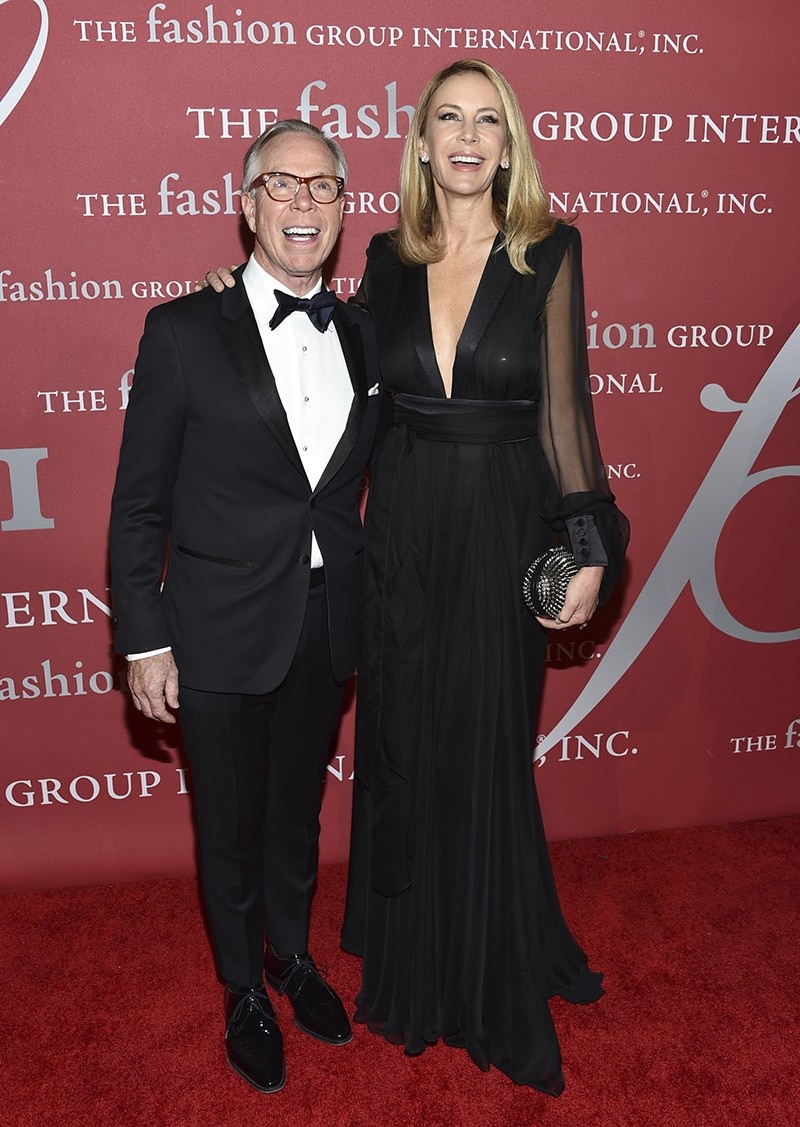 Starting off with just $150 in start-up capital, Tommy Hilfiger has turned his eponymous brand into a fashion giant worth more than $6.5 billion in just a little over three decades. Speaking to the Turkish news channel NTV recently, he revealed that his design work has been inspired by a Turkish woman.

The woman is no other than his wife Deniz, who is the daughter of an English mother and Turkish father. Deniz (Dee Ocleppo Hilfiger) is a model, handbag designer and socialite, who has been married to Hilfiger since 2008.

The 65-year-old successful designer also revealed his life philosophy and gave some advice, "Never give up! Whatever you do, do it with passion. If you have passion and you love it, it won't feel like work. You will wake up happy and have success."

Hilfiger opened his first jeans store in 1969, eventually launching his own brand in 1985.

In his visit to Turkey, Hilfiger told the story behind his brand, revealing that he had wanted to be a rock star as a child and used to listen to the Rolling Stones, Beatles and Jimmy Hendrix. But, he was actually not very good at playing the guitar.

"I said to myself, 'If I cannot become a rock star, then I have to dress like one.' My friends in school wanted to dress like me. They were asking me where I got them. So, in the end, I opened a store with a $150 capital and came to these days," said Hilfiger.

Working with famous figures from Britney Spears to Michael Jackson and from Lenny Kravitz to Beyonce and designing clothes for them, Hilfiger said the reason behind his collaboration with musicians was to associate his brand with them and their music. He said after working with world-famous musicians, their fans also flocked his stores, which had a huge effect on his business.

Tommy Hilfiger organizes fashion shows featuring famous models in order to promote his designs. His recent addition to that list is the 21-year-old Gigi Hadid, who has become the face of the Tommy Hilfiger brand as of late. Hilfiger said Hadid, who has millions of followers on social media, has positively affected the sales numbers.

Urging people to not let obstacles in their paths stop them, Hilfiger said, "Do everything with passion. If you are passionate and love what you do, then nothing can stop you. You will be happy when you wake up in the morning and you will go forward in life."