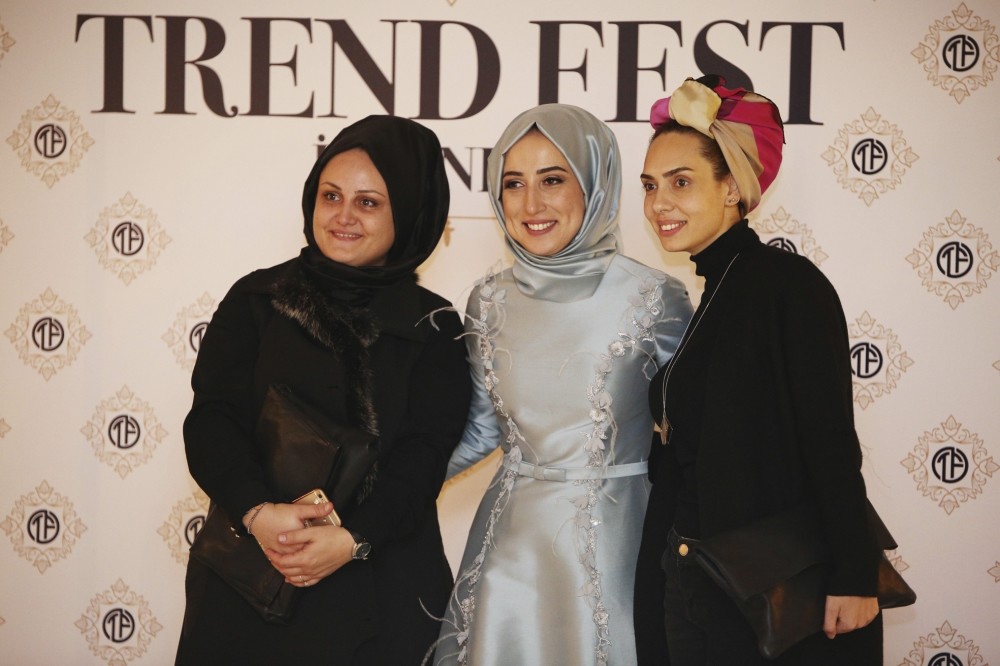 by Daily Sabah Dec 07, 2016 12:00 am
Following Prime Minister Binali Yıldırım's call to help women in Aleppo, the organizers of Trend Fest have decided to donate most of the festival's revenue to the women. Trend Fest, one of the biggest festivals for hijab fashion and featuring prominent hijab fashion houses, will take place on Dec. 17-18 at Hilton Kozyatağı, Istanbul. As part of the festival, the "Women of Aleppo" stand will showcase and sell the most popular pieces from 60 fashion houses, with the revenue being sent to women living in Aleppo.

Trend Fest organizers Semra Alpak and Elif Almak said that they have been thinking of a way to help the women in Aleppo for a very long time and Prime Minister Yıldırım's call for help encouraged them to focus on the pain of women struggling to survive in the city. They said that 60 female designers worked day and night, thinking of Aleppo's women, adding: "Aleppo is going through the hardest time in its history. Thousands of women and children have lost and continue to lose their lives in the city, which is bombed almost every day. Children are orphaned. For Aleppo, we want to make the women's voices heard, as women entrepreneurs."

Previously, Prime Minister Yıldırım had called on Turkish women in order to help women in Aleppo, saying, "I want to draw your attention to the pain that women in Aleppo suffer and want to call on all women in Turkey. Let's initiate a campaign. Nongovernmental organizations, private sector, politicians and state join forces and make the voice of women who suffer in Aleppo heard. Let's make sure that their voice is heard in all corners of the 'silent' world. Let's set off a campaign to end the suffering of all women in the Middle East and raise awareness of the humanitarian plight that is taking place right next to us. Let's answer those who speak of hatred and destruction with the language of love. Let's initiate a movement of love and solidarity."
RELATED TOPICS