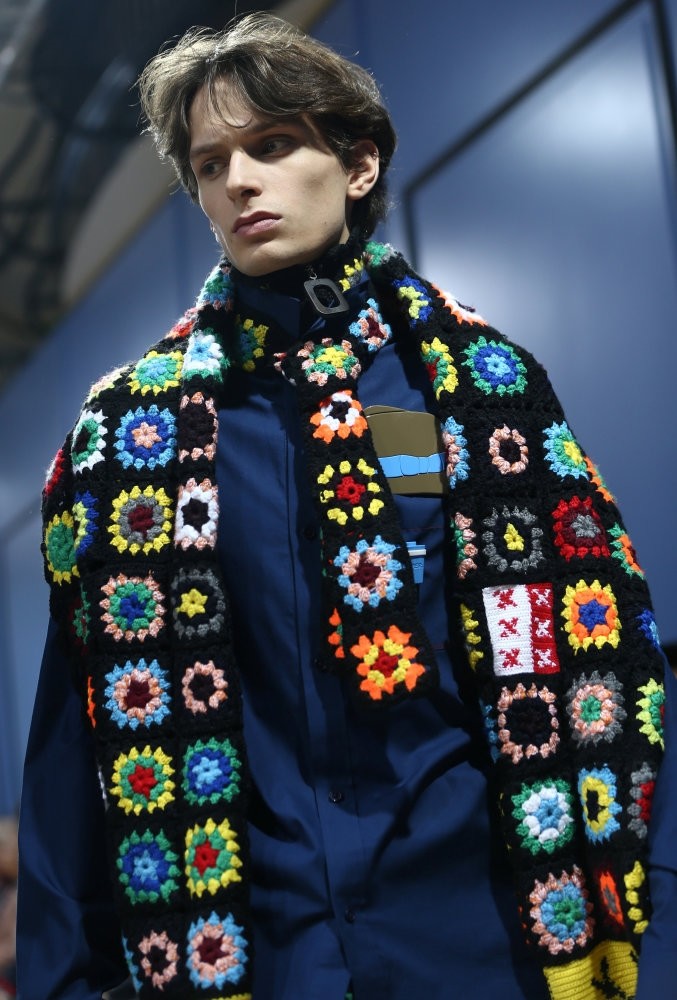 Anderson, whose daring collections have earned him a reputation as one of the rising stars of the fashion industry, presented the autumn-winter 2017 collection by his own label, J.W. Anderson, using the colorful square logos that fill up smartphone screens around the world as a muse.

To the sound of throbbing electro music, the models paraded on the catwalk sporting blocks of brightly embroidered and crocheted patterns on sweaters, wide scarves, shoes and backpacks. The designer, son of former rugby international Willie Anderson, also presented thick woolly coats with XXL sleeves that concealed the hands and tumbled down to the mid-thigh. Anderson admitted that their length rendered them "non-functional," joking that they were "not good for eating a dinner like spaghetti Bolognese."

Although drawing inspiration from cutting-edge technology, the collection also borrowed from history with prints recalling medieval frescoes decorating a cozy suit, paired with puffer pants. The collection was designed to inspire a feeling of comfort with its generous, "protective" shapes, said Anderson, epitomized by the long shirts evoking the traditional shalwar kameez outfits worn in South Asia.

Men's Fashion Week ended yesterday, as the industry is packing its suitcases for Milan, Paris and then New York.