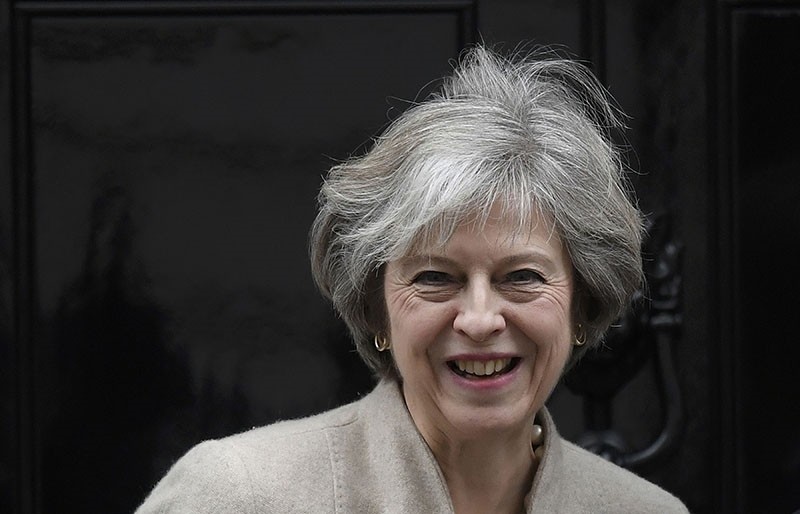 British Prime Minister Theresa May is set to appear in the April edition of U.S. Vogue magazine.

May posed for American photographer Annie Leibovitz at the prime minister's official country residence Chequers earlier this month and gave an interview to go alongside the pictures, British media reported.

Downing Street says there's no connection between the photographs and May's visit to the United States, which is expected in the next few months.

While her predecessor Margaret Thatcher appeared in British Vogue, May would be the first British leader to feature in the magazine's U.S. edition.

The British leader, known for her love of eye-catching shoes, has long been a fan of the magazine.

When asked by BBC Radio during an interview in 2014 what she would chose as her luxury item were she a castaway on a desert island, she opted for a lifetime subscription to Vogue.

May's fashion choices have made headlines in Britain for years. Known for her elegant shoes, May was once criticized by a member of her party, Nicky Morgan, for appearing in a U.K. magazine wearing a pair of 995 pound ($1,211) leather pants.

The controversy, dubbed "Trousergate" by the British media, set off a debate on double standards, because of the focus on the wardrobes of female politicians and not their male counterparts.