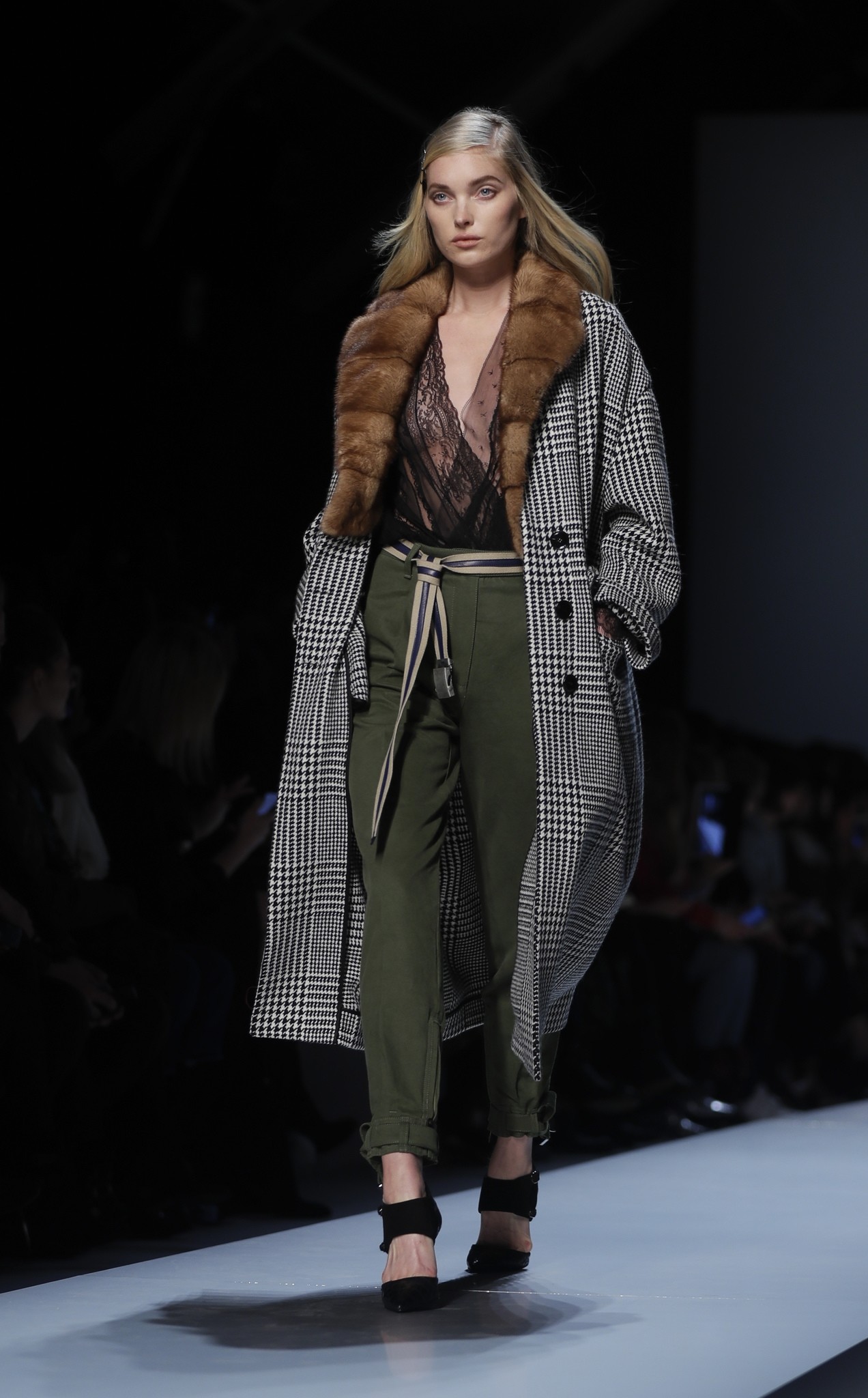 by Associated Press
Feb 27, 2017 12:00 am
Milan Fashion Week took a formal turn for next fall and winter. Mindful of the price point, designers were not churning out looks that could be tossed into a suitcase for a fanciful journey, but rather pieces that could hang in the closet for years to come, even left alone for a period only to re-emerge as relevant as the day they were purchased.

The debate continued about whether to get items to the store quickly to satisfy the consumer accustomed to instant gratification. But while some designers were quick to get out capsule collections, from Moschino to Ermanno Scervino, the overriding Milan mindset retained its commitment to luxury craftsmanship and materials, which cannot be rushed.

Angela Missoni made the pinkish Monte Rosa visible from her office and home in northern Italy the backdrop of her fall-winter collection in Milan.

"For me, it represents the force of this group of all the women of the world who are strong as a rock," the creative director of the family fashion label said backstage Saturday.

The collection played with vibrant colors and clashing patterns, as well as layers and volumes. Missoni's strength is multi-faceted: Fine knits sheath dresses belied a delicate femininity while suits preserved individuality with bright checkered patterns broken up by knit tops peeking from below the jacket hem.

Missoni also included big fur vests and a plethora of scarves of every weight and description, from soft fur resembling a lemur's tail to shaggy neck cozies and twisting knits with metallic thread contrasts. Buckle kitten-heels with ankle socks in matching colors completed the looks.

The final looks had a homemade feel, resonating with the spontaneous nationwide knitting bee that saw thousands of U.S. women make pink pussy hats for women's demonstrations across the United States. The roughness of the knits seemed to be an assertion of women's creative powers.

If there is a theme permeating the Milan runway, it's about female empowerment. Even Ermanno Scervino has militarized his trademark lace.

Scervino's mastery of materials came through in a pale dress covered with tulle florets that from a distance appeared to be tufts of fur. And although military accents were on his mind, he also kept colors soft, combining a baby blue duffel coat with brass buttons or a white lace suit with a military stripe belt and a matching overcoat with a fur collar.