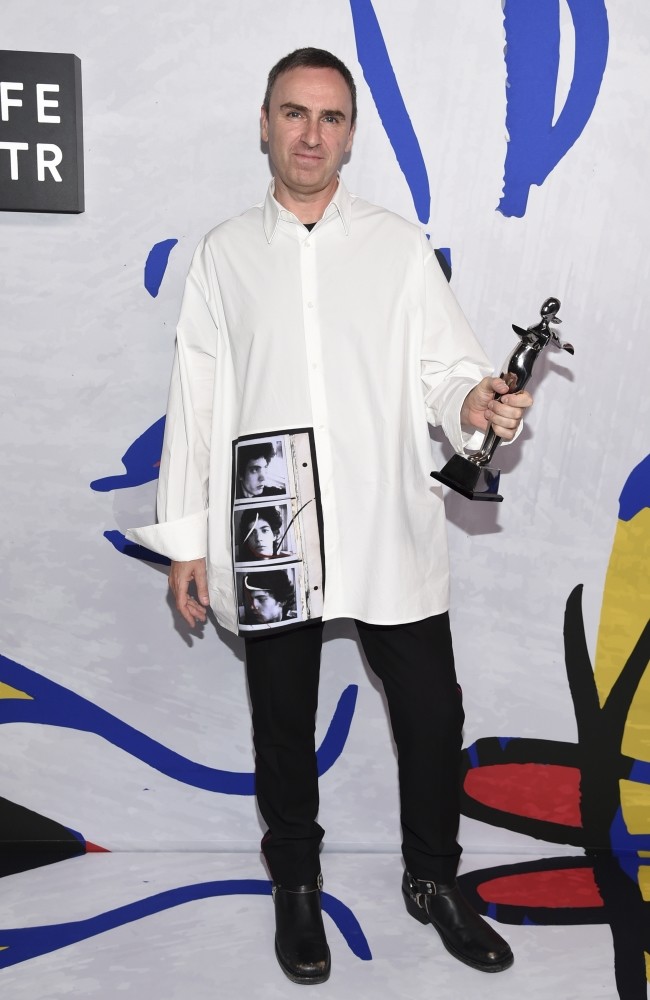 Simons, formerly of Dior, has made a huge splash in American fashion since arriving at Calvin Klein at the beginning of the year. The Belgian designer presented his debut collection for Calvin Klein in February, to rave reviews. That show was not without social commentary. It opened and closed, pointedly, with the David Bowie song, "This is not America."

"If we as creatives can be an inspiration for how the world should look," Simons said in his speech Monday night, "I think that it's something we should take as a very important task." Actress Nicole Kidman presented him with the womenswear award.

The ceremony, hosted by Seth Meyers, had an activist bent this year, reaching outside the industry to honor feminist icon Gloria Steinem, Planned Parenthood's Cecile Richards, and actress Janelle Monae for their involvement in the Women's March on Washington in January. The three were presented with the Board of Director's Special Tribute by designer Diane von Furstenberg, who said they had "epitomized and crystallized" the march.