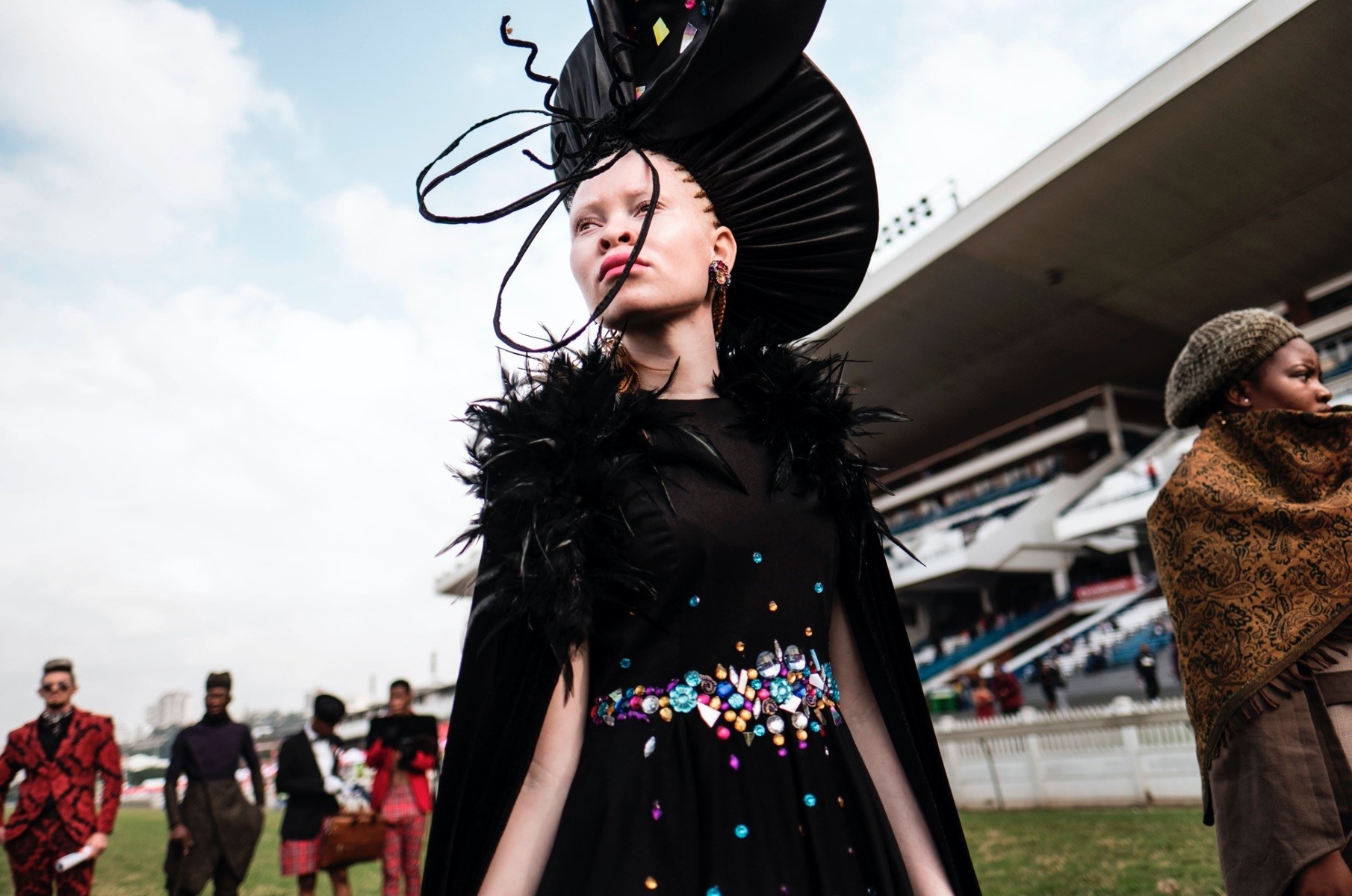 Combining high fashion with sport, nearly 50,000 racegoers marked the 120th anniversary of Africa's biggest horse race on Saturday at a packed course in the South African coastal city of Durban.

The annual "Durban July" handicap race attracts one of the continent's most fashion-conscious crowds, with the trackside glamour and party atmosphere often threatening to overtake the horse action.

"Me and my friends always come here for the entertainment and fashion, we know nothing about horses and betting," said Thina Thusi, a 31-year-old public relations manager from Johannesburg.

"We usually start planning for this day from February - the clothes to match perfectly, plus travel arrangements and entertainment," she said. "It requires a lot of money."

The race, held at Greyville racecourse on the first Saturday of July, traditionally attracts a host of South African celebrities and politicians keen to be seen at one of the country's biggest social occasions.

President Jacob Zuma is usually a regular at the race, surrounded by loyal ANC party supporters and wealthy business leaders who pay thousands of dollars for access to the powerful elite.

But the ANC held a major conference in Johannesburg this weekend, keeping Zuma away and depleting the political contingent at the track.

Among the crowds was renown fashion follower Finance Minister Malusi Gigaba, as well as Bongi Ngema, who is one of Zuma's four wives, King Letsie III of Lesotho and many television personalities.

"Everyone wants to be at the Durban July, It's like a national day, the country comes to a standstill," said Gill Mostert, spokeswoman for Gold Circle, the country's racing and betting company.

"Fashion has always been a big part of the Durban July, even in the 1900s. People of all ages, even grannies from old-age homes, set out to dress well and have fun."

This year's theme - The Colour of Magic - saw participants experimenting with multi-coloured outfits and outlandish hats, vying for best-dressed prizes.

Ladies in high heels and men in tuxedos and designer suits paid limited attention to the horses, as champagne and buffet lunches were served in dozens of plush marquees lining the trackside.

As live music drifted across the course, models dressed by top South African designers such as Terrence Bray sashayed down makeshift runways at several fashion shows.

The first recorded race event in South Africa took place in 1802, since when the sport has developed into a major gambling draw.

According to Imagine Racing magazine, a win in the race "places a horse in an elite group of equine champions and paves the way for a potential stud career."

Tourism officials said the event generates about $20 million in revenue for the city of Durban.