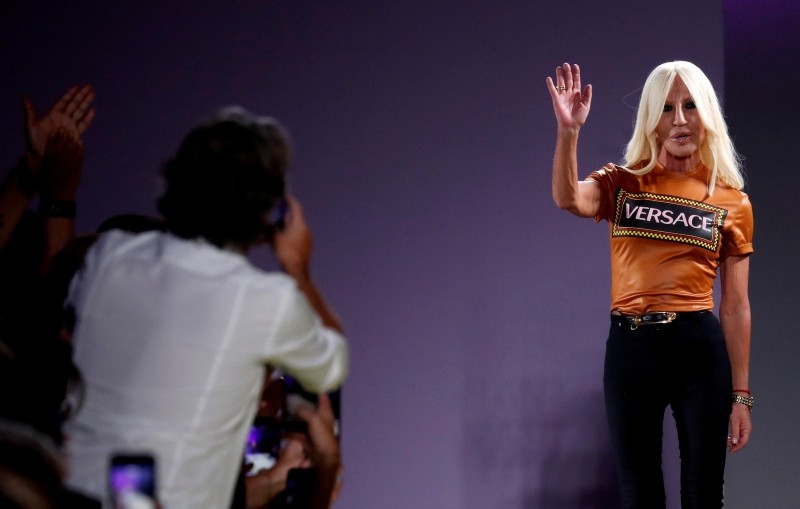 Three anonymous sources familiar with the matter said an official announcement will be made later this week.

Michael Kors has made no secret of its ambition to grow its portfolio of high-end brands after swooping on British stiletto-heel maker Jimmy Choo for $1.2 billion last year. The company, whose namesake label is best known for its leather handbags, could not immediately be reached for comment. Versace declined to comment.

The Italian fashion icon has been considering a market listing after U.S. private equity group Blackstone bought a 20 percent stake back in 2014 to fund overseas expansion, although Chief Executive Jonathan Akeroyd told Reuters earlier this year there was no rush for a market debut.

After investing in Versace at a high multiple, Blackstone found the fashion group's performance disappointing and not sufficient to justify a market listing, said one of the sources, who is close to the family.

"They gradually persuaded the family to look into a possible sale and introduced them to a series of buyers, including Michael Kors," the person added.

"Blackstone wasn't going to put any more money into it. They needed a buyer who could make heavy investments."

The deal values the fashion house, known for its Medusa head logo, at no less than $2 billion, two of the sources added.

As part of the deal, Blackstone will fully exit the Italian company, while the Versace family, which owns the rest of the fashion house, will keep a role, the sources said.

Donatella Versace, sister of late founder Gianni who doubles as artistic director and vice-president of the Milan-based group, has called a staff meeting for Tuesday, according to a person who was briefed by a company employee.

The news of the imminent Versace sale was first reported by Italian daily Corriere della Sera earlier on Monday.