Dowdy no more: Men in suits storm back into style 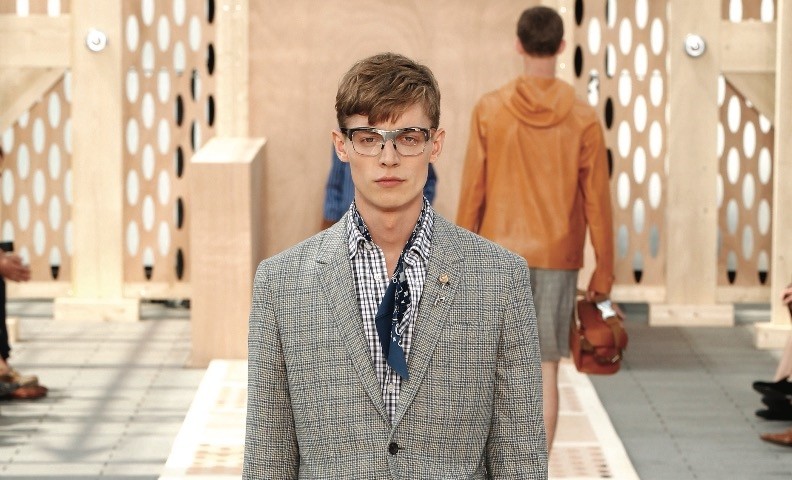 Many had thought it as good as dead, destined for a place in fashion oblivion next to plus fours.

But this week a most unexpected thing has been happening on Paris men's catwalks - the stuffy old suit has come back.

In show after show suits and tailored jackets have shaken off the toxic baggage of corporate uniformity.

Long eclipsed on the men's catwalks by supposedly more practical street and sportswear, the suit was thought to be slowly going the way of the doublet and pantaloon.

"There is the narrative that tailoring is dead, that the tastes of the youth are completely defined by sportswear - and you do see that on the street," Vogue critic Luke Leitch told Agence France-Presse (AFP).

It was assumed that men no longer wanted to "wear tailoring at work," he added, "because it is not always that comfortable, and that it's forever associated with their dads." Yet with fashion swinging "between streetwear and sportswear for quite a few seasons now, this week in Paris and to some extent in Milan, we have seen tailoring galore."

"Suddenly everyone is saying, 'I'm reconsidering tailoring. How can we bring it into the future?'" Leitch added.

That includes the biggest streetwear guru of them all, Louis Vuitton's Virgil Abloh, fashion's hottest property at the moment.

The first African American to lead a major French luxury brand, he sent rappers out in suits and ties in the star-studded show for his own Off-White label.

"I am always the streetwear guy," Abloh told reporters, lamenting being stereotyped.

"But... in culture you are supposed to lead," he said.

And that is what a brace of top designers from Kim Jones at Dior Homme to Dries Van Noten, Junya Watanabe and Sean Suen have been trying to do with the suit and jacket in Paris.

It is all about making 21st-century tailoring "more now," Jones told AFP.

A master of giving luxury clothes a streetwise edge, the Briton said he wanted to make "Dior's classic black suit a bit cooler and a bit more fashion."

Pop star-oriented Balmain also blinged up the dinner jacket and the classic two-piece.

Givenchy too are dipping a toe into top-end male tailoring.

Even the avant-garde American Rick Owens, the grandaddy of the oversized trend, which has seen men swaddled in vast duvet coats in recent seasons, returned to the fitted jacket fold.

His glam rock collection about the "glory of lust and vice" was sleek, sexy and highly masculine.

We can expect more of the same from the superstar designer Hedi Slimane - the "sultan of slim" - when he presents the first-ever Celine men's collection Sunday.

Slimane has always been a true believer in tailoring, as has Kris Van Assche, who showed his first collection for luxury men's outfitters Berluti Friday after more than a decade at Dior.

"Rather than accepting that all people want to wear is sweatshirts and jeans, I want to claim back the idea of tailoring, a new tailoring, one that talks to young people," he told AFP just before he took up his new job.

The Belgian is no fan of the androgynous look that has gone hand in hand with more unisex and oversized clothes.

"There is nothing more lovely than a girl in a man's suit, it's an interesting contrast," he said.

"But if men's clothes become feminine we lose the contrast," he added.

He took his inspiration from how middle-aged hipsters can make a suit sing by mixing tightly-cut blazers and tweed jackets with turned-up jeans.

Yet Vogue's Leitch wondered if the trend would change much in the real world. Designers have a "romantic attachment to tailoring," he said.

"It has its own language and it is a great pleasure to go back and play with the codes."

In an age when a "kid from Albuquerque can get as many likes on Instagram as Dior," Leitch said the street now sets the tone for what most of us wear. Even so, he said Ermenegildo Zegna, "reputedly the world's biggest suit company, turning over billions every year" recently bought Thom Browne, the highly tailored and brilliantly far-out American brand which showed in Paris Saturday.

"Whatever about who is setting the zeitgeist, the market is there," Leitch said.