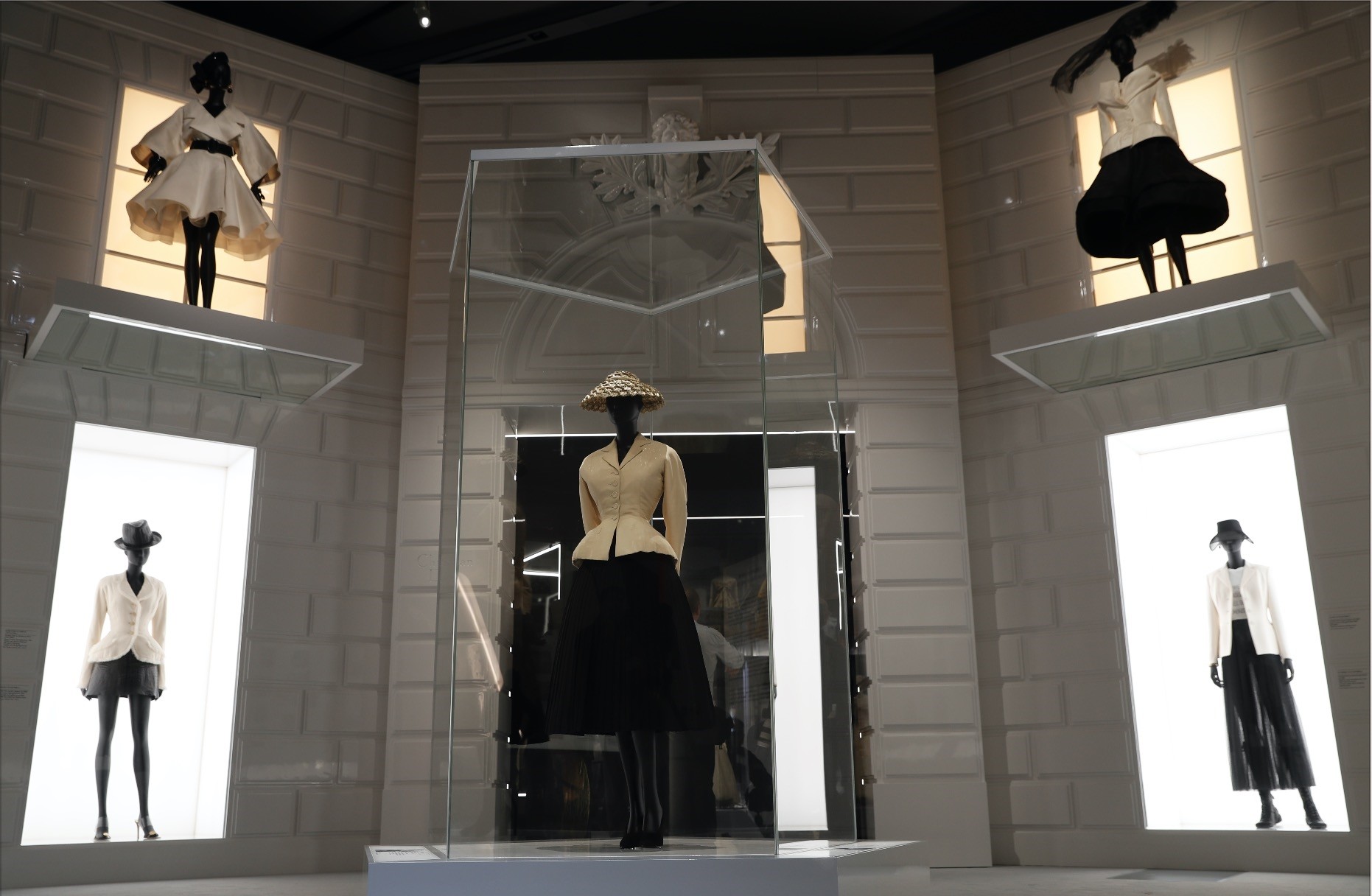 When Odile Kern stepped into a Parisian lift sometime in 1953, she found herself standing next to luxury couturier Christian Dior - and in an instant her life changed.

Now 88, Kern was already on the fashion designer's payroll in the building on Avenue Montaigne. Dior asked her who she was.

Kern had made her mark in the House of Dior. Founded in 1946 and at the core of a post-war revolution in womenswear, the brand remains of the most prestigious in the world.

The designer's first collection in 1947 featured the Bar suit - a hip-length jacket synched at the waist worn with long skirt - that was dubbed the "New Look".

Speaking at a new London exhibition dedicated to House of Dior, Kern recalled how private clients visited the Paris atelier to view and order bespoke creations. "We worked for the House of Dior, no one else, we worked two hours a day to present the collection every day," Kern told Reuters. "For me it happened by accident but I think a lot of young women would have liked to work for Maison Dior... We weren't paid very much but it was fun."

"Monsieur Dior was not a normal boss, he was like family," Kern said. "We loved him, admired him and respected him."

Svetlana Lloyd joined in 1956 when she walked into the store on a trip from London. She was promptly sent upstairs and began modelling the next day. "There were 15 models, regular ones, we showed every day, something that doesn't exist (now) of course... He liked to have people of different shapes and heights and styles because that was his clientele," she said. "...Nowadays there are very few... private orders for garments."

A picture of Lloyd modelling a grey Dior dress in 1958 features in the exhibition, "Christian Dior: Designer of Dreams", which runs at the Victoria & Albert Museum until July.

"There were many things that he was the first to do, for instance lining a mackintosh in fur," she said. "It was just unusual little touches that made his couture more interesting."

With a supporting cast of accessories, sketches and perfume bottles, "Christian Dior: Designer of Dreams" takes a close look at the history of the luxury brand he founded in 1946 and which remains the epitome of haute couture. In all more than 500 items, the legacy of the late couturier and his six successors are on display at the Victoria & Albert Museum from Feb. 2.