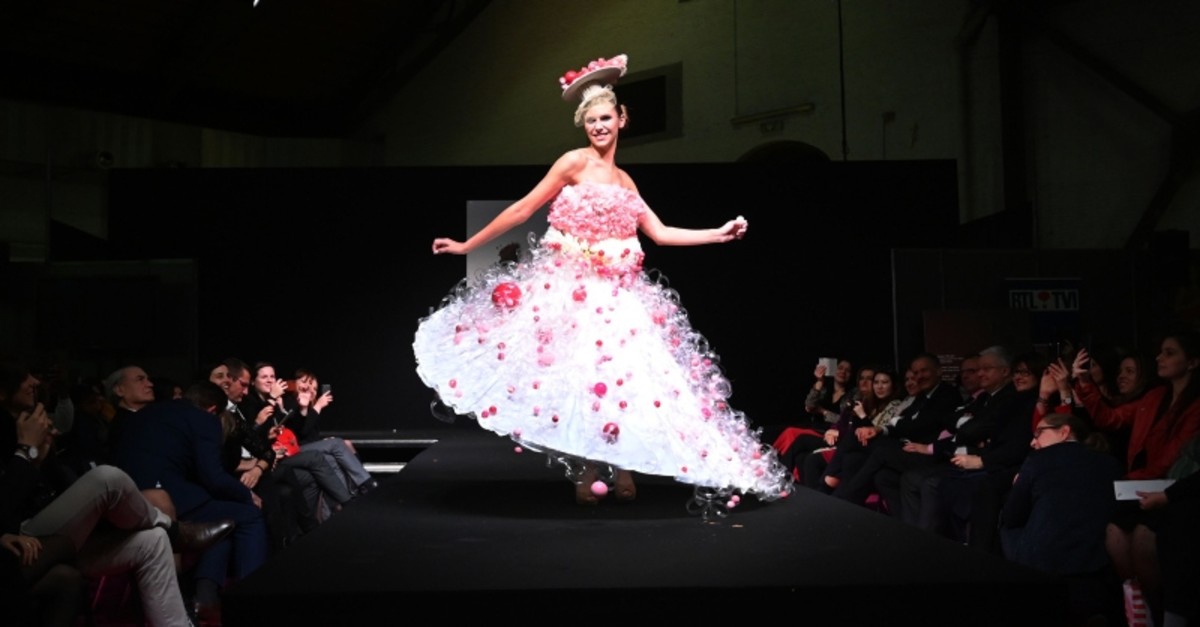 A model presents a chocolate-made dress creation during a fashion show of clothes made out of chocolate for the inaugural night of the sixth Chocolate Fair in Brussels, on February 21, 2019. (AFP Photo)
by Feb 22, 2019 2:14 pm

Catwalk models might not allow themselves to eat much of it, but they were wearing plenty when 13 outfits made of chocolate went on display in Belgium.

The fashion parade was part of the annual Salon du Chocolat, which also features workshops and conferences on Belgian chocolate, which locals consider the best in the world.

Some designers spent weeks sewing thousands of pieces of chocolate onto their dresses, while some gowns, such as one by chocolatier-designer duo Jean-Christophe Hubert and Giovanni Biasiolo, were made almost entirely from chocolate.

"There's steel and polystyrene but everything is coated in chocolate, with cocoa powder," Hubert said. "In this dress, there is more than 5 kilograms (11 pounds) of chocolate, more or less, and around 3 kilograms cocoa powder."

The high amount of cocoa powder created a dry chocolate, reducing the risk of it melting, Hubert said.