Are we tough for ordinary love? 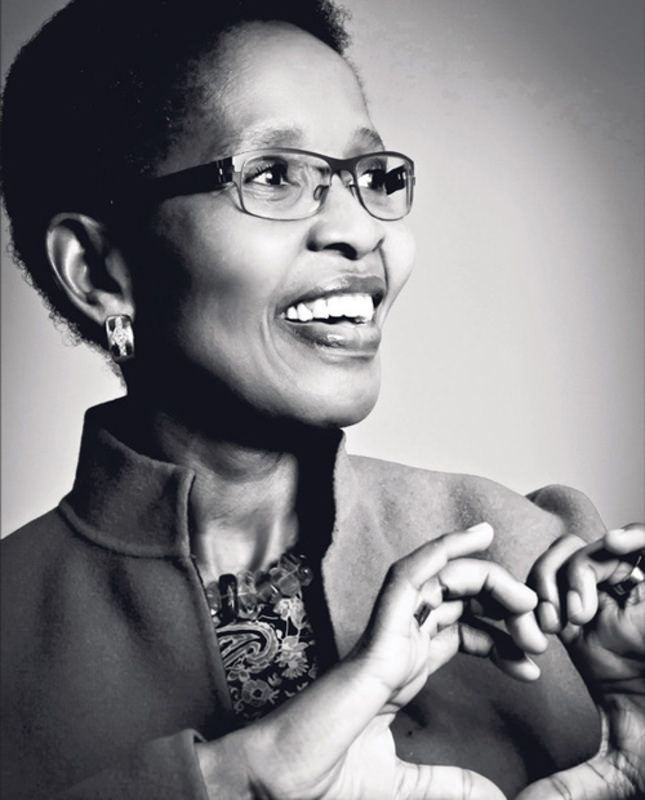 Nelson Mandela's passion rested in politics and freedom but his love was for his wife, Winnie Madikizela, who kept him alive. The struggles they were forced to endure eventually tore them apart

With the world still mourning Nelson Mandela's death at age 95, "Mandela: Long Walk to Freedom," the biopic movie - to be released in Turkey on Feb. 28, achieved its first success, winning the Golden Globe award for Best Original Song, "Ordinary Love," composed by U2. "We wrote a love song because it kind of is the extraordinary aspect of the film - it is like a dysfunctional love story. You know about the global statesman, you don't know about the man, that's why you should see this film. We're good at the dysfunctional love stories," Bono said during the band's acceptance speech.

What we know about Nelson Mandela is that he is South Africa's first black chief executive and the first to be elected in a full representative democratic election. He received the 1993 Nobel Peace Prize. So far everything we know about him tells us he was a great global statesman. What about Mandela the husband? Why has Bono pointed focused the dysfunctional love story?

The heroine of this dysfunctional love story, Winnie Madikizela was Mandela's second wife but his first love at sight. She was 22 and standing at a bus stop on a rainy day when Mandela first saw and charmed her, securing a lunch date the following week. They married in 1958 and had two daughters. They were married for 38 years but Mandela spent 27 years of this marriage in prison. Mandela adored Winnie. They had great times together until Mandela was imprisoned in Robben Island. He was sending letters to her from the island.
Bono took inspiration from these letters he received from the director of the movie and the band set about turning its poetry into a song. Touched by the letters of love exchanged between Nelson and his sweetheart Winnie Mandela, Bono said they were key to the lyrics.

"You cannot read those letters that he wrote to her from prison, they're … some of the greatest love letters ever written as far as I'm concerned. Those are the letters of a man who had this electric relationship with a woman that he really missed," says Richard Stengel, who collaborated with Mandela on his autobiography "Long Walk To Freedom." Winnie was so young when she had a crush on Mandela and far from being politically mature, involved or interested in politics for that matter, but life pushed her to be. All those years, while her husband was in prison, Winnie continued to keep the fires of the struggle alive. She became the face and voice of Mandela. During these times she was alone. Her home was frequently raided, she suffered brutal treatment at the hands of the police, including a long spell in solitary confinement, and was banished to a distant town. She became politicized and filled with hatred.

While Winnie was facing all this on the outside, Mandela received rumors about Winnie's alleged love affairs. At one time, he even found a newspaper on his bed which was left deliberately to make sure he saw the news. But he chose to believe Winnie. He was continuously telling people that Winnie had it tougher than he did.

Finally Mandela was released. Happy times were in store for him and Winnie, he thought, but it didn't work out as expected.
Nothing was the same. Winnie was not the same. He realized that all the bruality she encountered changed her into some other person he could no longer recognize. Mandela was broken and disappointed.

Those were the dark days when Winnie had just been convicted at Johannesburg's Rand Supreme Court of assault and accessory to kidnapping, her victim, a fourteenyear- old black boy called Stompie Moeketsi, whom her driver had subsequently murdered.

Still, he believed in her thoroughly, he believed in her innocence for a long time. He invited all his friends to support Winnie. But he must have subsequently realized that she wasn't so innocent and he decided to break up. But during that period, he did believe her. Then they divorced. They couldn't make it work. Some people defined the separation in terms of partly a political calculation and some as the couple's loss of sweetness for one another.

"Nelson had been treated very harshly by her, she never wanted him to talk to her about anything. She never gave him the chance to. He still loved her but I think it became unbearable for him to live under the same roof ," said Amina Cachalia, a friend of the couple.Considering their love, all the sacrifices and everything, this is a very heartbreaking ending. Especially for Mandela, this was the biggest of losses and defeats on earth. "The only time in his life that Mandela felt he was the loser in the conflict and his enemies prevailed, was in his marriage," said Bono. You may be an outstanding leader able to solve the greatest conflicts of your country or the world for that matter, yet when it comes to emotions, you might not be capable of controlling them and fail at working your marriage. This is simply because the human heart is much more complex than anything else known to man.

History is full of relevant examples.

To conclude, the lyrics of the song reveals an appeal from Mandela to Winnie: "We can't go on any longer if we don't have this ordinary love." It is true. No matter what happened in the past, if there is a miniscule of hope and an ordinary love, you can start from the beginning. We can't fall any further, if we don't risk loving but we cannot reach any higher either. All we need is a pinch of hope and at least an ordinary love to keep on. The question is are we tough enough for ordinary love?