From Syria to Turkey 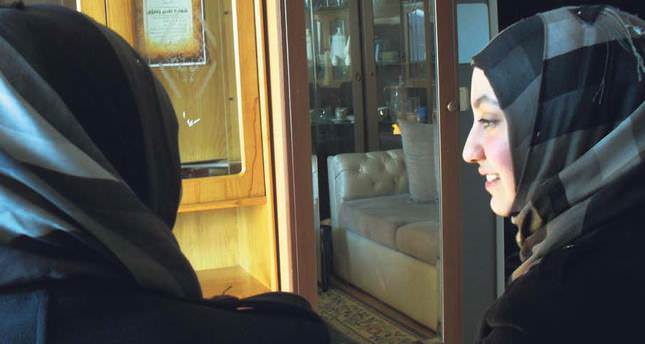 ISTANBUL – Amidst a rising death toll, careless politics and an insufficient humanitarian response, the victims of the Syrian crisis are bearing the brunt of the war in Syria.

Stories are circulated across the world as the drama of death leaving its mark against the struggling for life as the war continues.

Esma and Omar, married for 10 years with two children, are among the Syrians to have sought refuge in Turkey since the beginning of the war. Compared to the millions of others, they are fairly lucky. Having previously visited Turkey, Omar made contacts as a businessman and said he was able to leave the country with his family when the destruction happened, in his words at a "10 percent" level.

Before they left, Omar and his family were living in Damascus, known as "Assad's fortress," since the city was partially preserved from the brutal military attacks unlike the rest of the country. Omar said they had planned to escape for two months only since the "hurling voices of war" affected his children's psychology: "Although we didn't see any physical destruction inside the city, we kept hearing roars." Two months turned into two years for the family and in that time many attempts at ending the violence in Syria have been proposed but failed to materialize.

This has forced Omar to take up a "new life," including a new job at a private institution as an Arabic teacher. Esma stays home to take care of the children and the home.

Enas and Sara were watching Arabic cartoons in the next room as the adults spoke to Daily Sabah.

Nine-year-old Enas goes to a school specially designed for Syrian children where the curriculum is entirely in Arabic. Five-year-old Sara is staying at home with her mother and learning Turkish on the computer.

Like almost all of the others, the couple say they want to go back as soon as the war ends but they "know that the situation is helpless." Esma said what hurts her most is that their children already forgot their homeland. "I often ask them about the places we used to go, they say they don't remember it in the slightest bit. We had a very beautiful country but it is ruined, everything is destroyed."

When asked about what they will tell their children or grandchildren regarding the situation, Omar said that the children were aware of everything. "They know why we are here, what is happening in our country and why they are happening," said Omar. "I gave them a pen and paper and asked them to draw something just to pass time. My son drew a battle ground with dead people lying on the floor. He was only seven when we left our country," said Esma pointing at the two other drawings taped to the wall. A purple blue flower and a light bulb with the Justice and Development Party's (AK Party) initials on it, were drawn by Sara, the youngest child.

To protect himself and his family from any future danger in case they "resume their life in Syria," the couple, especially the husband, purposely avoided politics. "I don't want to say anything that may ruin our future," Omar said hinting the still strong fear of retribution.
Talking about the public opinion in Turkey regarding the Syrian influx, Omar said Syrian people bring "abundance" to this country. "All my businessman friends transferred their customers and continue to trade from Turkey. They contribute to the country's economy," he continued, saying that their mind is at peace about their future in Turkey. "The prime minister calls us 'guests' and the government treats us with special care. It is a huge relief."

A 53-year-old Syrian mother, Seleme, left Banyias, a city in northwest Syria, which unlike Damascus is targeted by thugs, soldiers and heavy assaults since the beginning of the crisis. "They did terrible things, especially to women," said Seleme. Her family decided to resettle in Aleppo for the sake of their seven daughters, where they spent one and half years until the city was hit by regime forces.

Later, first her daughter and son-in-law, then the whole family, moved to Turkey almost two years ago, only to spend a couple of months until "things settle down."

Seleme's daughter, 22-year-old Fatima, said in an embarrassed tone that they were living under very good conditions in Syria, whereas in Turkey they "became the needy." "In our country, we were helping the poor, now we are the ones who need help," she added. Seleme and her 55-year-old husband are both civil engineers.

All of their children are engaged in study, including Fatima, a medical student at Istanbul University. The family members spoke in Turkish, which she learned at a language course and her Turkish neighbors taught Seleme. "They are very good people," she added while telling how her neighbors helped them although they did not ask for it. Seleme's older daughter, Raina, said with a laugh that her father is the only one who cannot even speak a bit of Turkish. He didn't try to learn before because he thought they would go back home soon. "But now he really tries to learn. He even asked us to refrain from speaking Arabic at home to help him to learn Turkish."

When asked why they chose Turkey while there are other Arabic-speaking countries nearby. "It is very close to Aleppo," Raina said. It took them only two hours to cross the border. Fatima said they were always curious about Turkey, they even made summer plans to visit before. "I wish we didn't come here like that," she added with cloudy eyes. Seleme said her family is a big fan of Prime Minister Recep Tayyip Erdoğan. "We know Turkey is providing the best care for Syrians, unlike Egypt or Lebanon where Syrians are mostly unwanted," she added, noting that it was a relief to have arrived in the country knowing "Turkey opened its arms to us."

"We were under great oppression," they said when the subject came to life in Syria. Raina said they didn't even vote. "My father took our identity cards with him and the officials stamped for Assad's party since there was no other," adding 90 percent of the people didn't want Assad knowing that he was just like his father, Hafez Assad, "But he turned out even worse." Seleme told the story of her older brother, a doctor detained by the regime and who spent 13 years in prison without an accurate charge.

She said the regime was even following people praying at mosques and detained them by suspicion of being members of the Muslim Brotherhood. "We didn't have a future," Fatima said while saying they had to offer bribes before every step in the bureaucracy.She also said society was divided by a very harsh sectarian discrimination entrenched by the Assad regime.

"There wasn't a functioning system, development, urbanization or anything whatsoever," she continued while praising Erdoğan's projects like the Marmaray (an undersea railway linking the European and Asian sides of Istanbul). "We have at least 10 relatives that we haven't heard from since the beginning of the war," Seleme said, adding that many other people disappeared during the displacement.

The doorbell rang and Seleme's 18-year-old twin daughters entered the living room. They were just back from the university exam prep school for foreigners. Dania and Delia said they are adapting well to their new daily lives and Turkish culture. Both families told me repeatedly that they want to go back as soon as the war ends, knowing that it wouldn't be in the near future, "Syria is our watan [homeland]," said Omar.

The other common concern among the Syrians, especially the ones who reside in Istanbul, are Syrian beggars. Both families said the beggars depict a bad image of Syrians, especially towards to Turkish public. "Some of them aren't even Syrians," Fatima said. Some of the names in the report were changed as per the request of the interviewees.
Translator İnci Saeb Sultan, contributed to this report.