Slang or a new language? 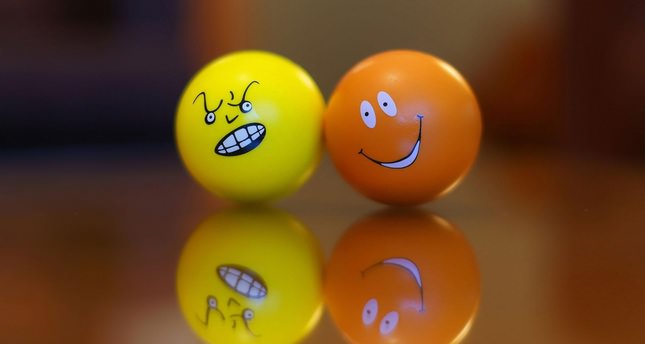 Acronyms are developing into a language of their own among teens on social media. Is this form of communication just slang or a whole new language?

ISTANBUL — We have all fallen victim to it at one point or another: Internet slang. We snicker at it when it is used because we are exerting extra energy to decode what it means and also when we find ourselves frantically typing away on our challenging cellphone keypad in a desperate attempt to get the message across in as little time as possible. Real-time, text-based communications on Facebook, Twitter, Instagram, chat apps and even computer games seem to have developed a language entirely of their own. Either way, if you use social media or are in contact with teenagers, you are either a culprit or a perpetrator to this newly developed language. What initially began on Usenet, a worldwide distributed Internet discussion system, has now morphed into a language of its own.

It cannot be disputed that the introduction of technology with all the bells and whistles comes with pros and cons. Used in a controlled manner, technology is certainly something to embrace.

Is this new phenomenon mutilating the English language? According to the International Journal of Linguistics, the English language is becoming a casualty to the resulting Internet jargon. Children are verbalizing the world "LOL" when they are laughing and all sorts of acronyms seem to be appearing on school papers and university essays. "In view of attested addictive effects of text messaging, caution must be exercised in encouraging students in its use. If not checked, students are likely to get so used to it that they may no longer realize the need for Standard English construction even in writings that are supposed to be formal. It is evident that SMS language could pose a threat to students' writing skills as written communication skills are getting poor.

All efforts have to be made to ensure that students write good English, whether on phone or paper," the paper reads.

The proliferation of informal language is making it difficult for graduates to prove themselves to potential employers, tutors and business colleagues.

In defense of students and their ever-evolving lifestyle, trends and now even language, not keeping up with the latest slang will only result in feeling like an outcast, Solange Umwali, an ardent user of social technology says. "As a student and learner, you should be versatile with varying situations. You should be able to converse with your friends physically using slang, on social media using short forms and write assignments and formal papers using correct grammar. But it probably comes down to the exposure that you give yourself through books and other reading material," said Umwali.

Perhaps expanding beyond the limitation of social media and subjecting students to the classic pages of the likes of Henry James, Emily Bronte and Charles Dickens may polish their language in class and allow them to fit in with their peers.

The most used terms are just abbreviations of common sayings:

LOL: laugh(ing) out loud BRB: be right back

IDK: I don't know NM: not much or never mind

GTG: got to go

ROFL: rolling on the floor laughing

AFK: away from keyboard

TTYL: talk to you later

LMAO: laughing my a-- off

BTW: by the way