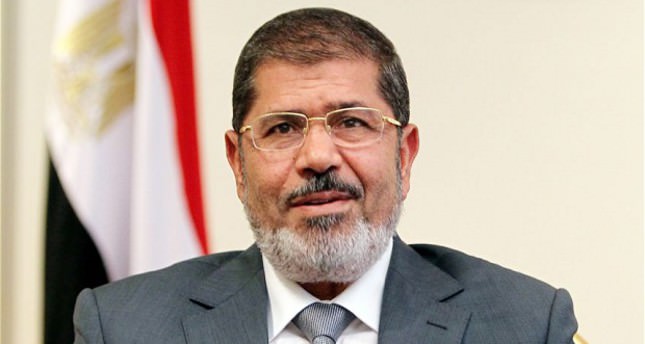 Egyptian society fell divided after the coup that toppled Morsi and paved the way for Sisi's presidency. People on the streets of egypt may never again trust one another as the traces of the coup cannot be erased from social life

CAIRO — Egypt is a 7,000-year-old nation that has witnessed occupations and invasions from 332 B.C. by the ancient Romans to the 1882 British colonization. The country hosted countless ethnic groups and rulers during its long history, including Greeks, Italians, Syrians, Jews and Armenians, Ottomans and Circassians.

Despite Egypt's long history of being subjected to imperialism, it doesn't have remarkable incidents of internal disputes in its recent history.
The events of the Arab Spring in Egypt created tensions and disagreements about the country's democratic path; however, events curved undesirably when the conflict took a bloody turn in late 2011 and the Egyptian public became divided.

Recently, evidence suggests a dangerous increase in societal polarization after the ousting of the first democratically elected president, Mohammed Morsi, followed by the killing of hundreds of his supporters in August 2013.

Egypt is mainly split into two groups; the first supports the army's grip on the country to control what they see as lawlessness since the 2011 revolution, while the second group supports Morsi and stands against what they call a military coup against the democratic will of Egyptians.

Although, there are also those who oppose the massacre of Rabba and Nahda but don't support the Muslim Brotherhood. Yet, public opinion only recognizes these two sectors of society.

The following is the story of an Egyptian family caught up in the country's revolutionary vortex. Some of them are supporters of the Muslim Brotherhood, others openly supof Morsi, and another group is against both the military and the Brotherhood.

Radwa Shoukry, 26, an Egyptian activist and computer engineer who belongs to the third camp told Daily Sabah the story of her family."My father doesn't belong to the Mus-lim Brotherhood but since the Julycoup he started to support them, whilemy uncle supports the coup and even supported Mubarak's regime long ago. Me and my younger brother are caught between the family, both of us are against both sides ruling Egypt!"

Coup supporters can be classified into three main categories, according to Radwa. The first is the elderly who already have problems with the Muslim Brotherhood and see the army as the best option for Egypt. The second is the capitalists who depend on business and want stability at any cost."This is the category of my uncle," she said.

The third category is the majority in Egypt who suffers poverty and ignorance and is only exposed to pro-coup media. "Those I cannot judge, they face really harsh conditions, they can't think further than feeding their own children," Radwa added.

According to experts, since 2011Egypt has experienced a drastic fall in both foreign investment and tourism revenues, followed by a 60 percent drop in foreign exchange reserves, a 3 percent decrease in growth, and a rapid devaluation of the Egyptian pound. All this has led to mushrooming food prices, ballooning unemployment and a shortage of fuel and cooking gas causing Egypt's worst crisis.


"July 3 is definitely a coup, no one can argue about that. In my opinion whoever is still supporting the army's grip until now is standing on the wrong side and can't see the full picture,"

Radwa stated. "In every single Egyptian family you will meet one of those categories, and it's no longer an ideology or opinion debate, it became a bloody debate, especially to Brotherhood supporters, I can't blame them either - they have lost their loved ones…The division in the Egyptian street and denying the existence of some of it categories [sic] who are not members of the Brotherhood and against the coup at the same time doesn't prove that Egypt is on the edge of a civil war, it simply proves the lack we have in both media and our brains; it's called intolerance," she argues.

When asked how her family manages their gatherings, Radwa said, "When we gather, we just don't open the topic."