Timeline of the 86-year-old BROTHERHOOD 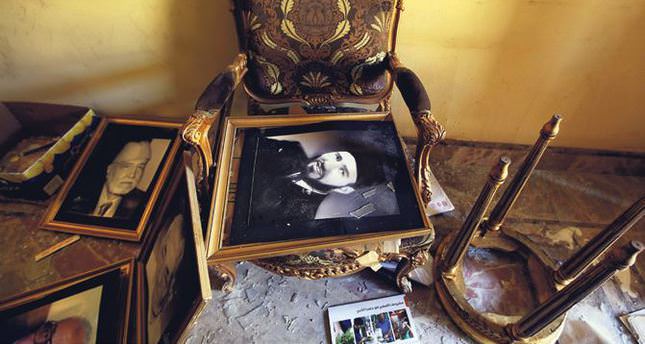 On the night of Oct. 14, 1906, Ahmed al-Banna's first baby was born but nobody realized not only a child, but an idea, was born

In 1906 Hassan Ahmed al-Banna was born in a rural town located northwest of Cairo in the Beheira Governorate. His father, Shaykh Ahmad Abd al-Rahman al-Banna al-Sa'ati, was an imam of the Hanbali school of thought and mosque teacher. He was an important spiritual influence during al-Banna's early life, ensuring that Hassan had a pious upbringing that emphasized strong Islamic values.After completing his studies in 1927, al-Banna became a primary school teacher in the Ismailia Governorate of north-eastern Egypt. At this time, Ismailia was the Egyptian town that had the highest foreign influence due to British colonization. While living there, al-Banna grew increasingly disillusioned with the British cultural colonization he witnessed. According to his diaries, al-Banna was concerned about the attempts to modernize Egypt that often had negative effects and resulted in sacrificing or forgetting Islamic principles.

In MARCH 1928, the Society of the Muslim Brothers, shortened to the Muslim Brotherhood, was founded in Ismailia by al-Banna when six unnamed workers affiliated with various Suez Canal companies approached him complaining about the injustices suffered by Arabs and Muslims at the hands of foreign control. Feeling that their complaints resonated with his concerns, al-Banna became their leader and the Muslim Brothers was formed.The Brotherhood began as a Pan-Islamic, religious, and social movement and by the end of World War II, the Muslim Brotherhood had an estimated two million members. Its ideas gained support throughout the Arab world and influenced other Islamist groups with its "model of political activism combined with Islamic charity work." But its largest organization was always in Egypt, where for many years it has been the largest, best-organized, and most disciplined political opposition force.

Between 1948 and 1949, the conflict between the monarchy of the last king of Mohammed Ali's family, King Farouk, and the Brotherhood reached its climax. The king was concerned with the increasing assertiveness and popularity of the Brotherhood, as well as rumors that it was plotting a coup.

In November 1948, police claimed they had seized an automobile containing documents and plans of what was thought to be the Brotherhood's "secret apparatus." The seizure was preceded by an assortment of bombings and assassination attempts by the apparatus. Subsequently, 32 of its leaders were arrested and its offices raided. The next month, then Egyptian Prime Minister Mahmud Fahmi Nokrashi, ordered the dissolution of the Brotherhood. On Dec. 28, 1948 it became worse when Egypt's prime minister was assassinated by young Brotherhood member and student Abdel Meguid Ahmed Hassan. Al-Banna promptly released one of his most famous statements condemning the assassination, stating that "they are not Ikhwan [Brotherhood in Arabic], they are not Muslims."

On February 12, 1949 in Cairo, Al-Banna was at the Muslim Youth Society headquarters with his brother-in-law Abdul Karim Mansur to negotiate with Minister Zaki Ali Basha who represented the government. Minister Zaki Ali Basha never arrived.By 5 p.m., Al- Banna and his brother-inlaw decided to leave. As they stood waiting for a taxi, two men opened fire on them. El- Banna died that night after suffering serious wounds. Following his death, he has often been referred to as Al-Shaheed (the martyr) Imam Hassan Al-Banna. He was succeeded as head of the Brotherhood by Hassan Isma'il al-Hudaybi, a former judge.

The Brotherhood supported the military coup by the Free Officers that overthrew the monarchy in 1952, but the coup leaders were unwilling to share power and clashed with the Brotherhood.

The free Officers appointed Officer Muhammad Naguib as president, but Gamal 'Abd al-Nasser who used to be a Brotherhood member and one of the planners of the coup became the Egyptian president. After a 1954 attempt on his life, he placed President Muhammad Naguib under house arrest and assumed executive office. A June 1956 public referendum approved both the new constitution and Nasser's nomination for president. Nasser blamed the Brotherhood for the attempt on his life. The Brotherhood was again banned and this time thousands of its members were imprisoned with many being tortured and held for years in prisons and concentration camps. In the 1950s and 1960s, many Brotherhood members sought sanctuary in Saudi Arabia.

In 1964, there was a minor thaw when writer Sayyid Qutb was released from prison only to be arrested again along with his brother Muhammad in August 1965 when he was accused of being part of a plot to overthrow the state and subjected to what some consider a show trial. The trial culminated in a death sentence for Qutb and six other members of the Muslim Brotherhood and on Aug. 29, 1966, he was executed by hanging.

In the 1970s after the death of Nasser and under the new president, Anwar Sadat, the Egyptian Brotherhood was invited back to Egypt and began a new 1981-2011 phase of participation in Egyptian politics.

Hosni Mubarak left a space of freedom during his first years. the Brotherhood's social activities played a remarkable role in Egyptian society and became well-known with its charity work in Egypt. The clash between the regime and the Brotherhood became pronounced in the late 90s after Mubarak's regime. The opposition in Egypt started to make itself more known in public through protests after the 2003 invasion of Iraq. In 2005, the Brotherhood participated in pro-democracy demonstrations with the Kifaya movement. In the 2005 parliamentary elections, the Brotherhood's candidates could only stand as independents under the emergency law. They won 88 seats (20 percent of the total) to form the largest opposition bloc, despite many violations of the electoral process. More than 1,000 Brothers were arrested before the voting, and police blocked Brotherhood supporters from entering the polls in some districts.

Two years later, the Egyptian government amended the constitution, prohibiting independent candidates from running for parliament. It also arrested thousands of Brotherhood members, many of who were tried in military courts. The state delayed local council elections from 2006 to 2008, disqualifying most Brotherhood candidates. The organization boycotted the election. All but one of the Brotherhood candidates lost their seats in the 2010 election marred by massive arrests of Brethren and polling place observers.

Followıng the Egyptian Revolution of 2011 that overthrew Hosni Mubarak, the Brotherhood was legalized and emerged as the most powerful organized group. The Brotherhood formed a political party, the Freedom and Justice Party, that won almost half the seats in the 201-12 parliamentary election, and its presidential candidate Mohamed Morsi won the 2012 presidential election to become the first democratically elected president in the modern history of Egypt. However, within a year, a mass protest against his rule on the June 30, 2013 was used by the army and he was overthrown by a military coup on July 3, 2013. The army-backed regime launched an all-out crackdown on Morsi's supporters and the members of his Brotherhood following his ouster, arresting more than 20,000 of its supporters, according to some human rights organizations, and sentencing dozens to death, making it unclear to predict the future of the 86-year-old organization.