A Ghandi at the crossroads 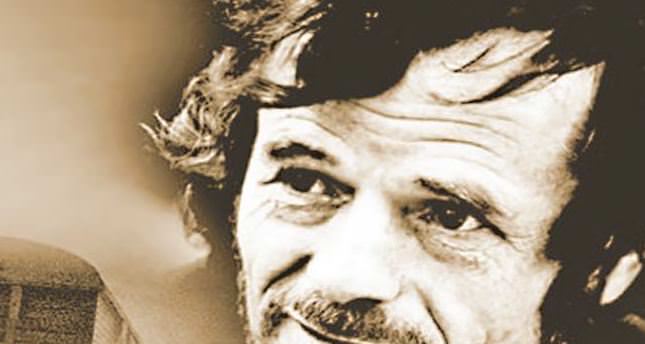 Mustafa Kırımoğlu is a modern day Ghandi. As he patiently waits on one side of the roadblock, his wife and supporters wait on the other. As they sit, pray and wait, Russian war planes fly threateningly low overhead

Mustafa Kırımoğlu (Mustafa Abdülcemil Cemilev) will be 71 years old this year. He was only six months old when the Crimean Tatars were exiled from the peninsula. During this inhuman process more than 200,000 people, mostly women and children, were driven from their homeland to the barren desert of Uzbekistan.

On the way approximately 50 percent of the exiles died. Kırımoğlu grew up with no memory of the Crimea but that which his mother and her generation could transmit. However, this transmission was enough for Kırımoğlu and other Crimean Tatars to come together in 1961 and form the Union of Young Tatars. During their struggle to reclaim their homeland, Kırımoğlu was arrested six times and spent time in Soviet labor camps. This young activist was an avid reader and his fellow inmates referred to him as "the lawyer," as he would advise them and help them write letters. It was these letters that caused the Soviets to sentence Kırımoğlu to another prison term only three days before he was due to be released. Always advocating peaceful means of protest, Kırımoğlu went on hunger strike, the longest in history, 303 days. He survived only because Soviet authorities had him force fed. Mustafa Kırımoğlu's efforts attracted the attention of the Russian intellectual Andrei Sakharov, and his struggle was brought onto the agenda at the summit in Reykjavik between Ronald Reagan and Mikhail Gorbachev. As a result, Kırımoğlu was granted his freedom.

In May 1989 Mustafa Kırımoğlu was elected as the head of the Crimean Tatar National Movement. In the same year he and his family returned to their homeland of Crimea. He was soon followed by other Crimean Tatars, at first a slow trickle, and then a steady flow, culminating with 250,000 Tatars returning to their homeland. Kırımoğlu was first elected to the Ukrainian parliament in 1998, again in 2002, 2006 and 2007. In 2011 he decided to retire, but was once again reelected in 2012. At the present time Kırımoğlu is a member of the Ukrainian parliament, and has immunity.

In an interview in 1998 Kırımoğlu stated that "when violent means are used, innocent people die, and no just cause can justify the taking of innocent lives."[1] The Crimean Tatar National Movement has never advocated the use of any type of violence in their cause. When the Crimean Tatars first returned to the peninsula, they could not reoccupy their homes. After Stalin had exiled them to Uzbekistan, Russians were moved into their houses. Instead of despairing, the Tatars squatted on land, in tents, huts or even holes in the ground. Slowly they started to build houses, making homes for their extended families.

The Russians looked on in amazement as the Crimean houses went up. The Tatars houses were large, two or three stories, well-constructed and solid. However, the Crimean Tatars have never been comfortable. Their language has struggled to survive amongst the Russian majority population (the Tatars make up roughly 13 percent of the population). They lived hand-to-mouth to reclaim life and now their presence is once again felt on the peninsula. But after recent events, their neighbors are openly saying "Hey, when are you guys going to be exiled again? I want to move into your house." In some villages, the Russian residents have divvied up the Tatar houses, discussing who will get what when the Tatars are once again driven out. Even if there is no official policy behind this, the mere existence of such rumors means that expectations and tension are high in the villages.

A recent report has been issued stating that the 80 percent turnout claimed for the infamous referendum in March earlier this year, in which it was said 96 percent of the people voted for joining Russia. The turnout was actually somewhere between 30 percent and 50 percent (at the time, Kırımoğlu stated that the turnout was no more than 32 percent). According to Russian law, if a referendum has less than a 50 percent turnout, it is not legitimate. Of the Crimean Tatars, only 0.5 percent participated in the referendum.

At the end of April, Olga Kovitidi, a top official in the Russian administration, stated that the referendum demonstrated that Kırımoğlu was "a political leader without a people." Unfounded rumors of disagreements between himself and his associates are being spread, all in an attempt to destroy his legitimacy. In contrast to this, a young Ukrainian man who had been injured in the Maidan Square and taken to Germany for medical treatment heard that Kırımoğlu was coming to the Ukrainian embassy there. He waited outside the embassy for hours. When Kırımoğlu came to the embassy, the young man embraced him, saying, "You are the greatest hero."
Vladimir Putin telephoned Kırımoğlu before the referendum to discuss what was happening. Kırımoğlu only accepted the phone call on the condition that he would not be subjected to pressure.

When Putin addressed this gentle man, he addressed him as "Mustafa Agah," a great sign of respect. Kırımoğlu stated that the only acceptable condition was for the Crimea to continue to be recognized as an autonomous state, Putin's reply was, "I would expect no other answer from a patriot." After the referendum, Kırımoğlu left the Crimea to come to Turkey. As he left he was told by officials that he would not be able to return. After many diplomatic discussions, he was told that, after all, he would be readmitted.

However, Kırımoğlu could not land at the Crimean airport, but had to go to Sheremetyevo Airport in Moscow. From here he was not allowed to board another flight to Crimea. Kırımoğlu then attempted to return by road. However, as of Sunday, all roads to the Crimea have been blocked. The result is that this modern-day Ghandi is waiting on one side of the roadblock, his wife, friends and people on the other side. Kırımoğlu cannot cross to Crimea to support the people whom he represents.

Those on the Crimean side are waiting in tents, praying and flying the Crimean flag high. Since Sunday afternoon there have been constant reports that military aircraft have been carrying out low flyovers in the Crimea, putting fear into the hearts of the locals. Despite claims that these exercises are part of the celebrations marking the end of World War II next weekend, the constant buzzing of the citizens seems rather sinister.

So as Kırımoğlu waits, patiently carrying out another peaceful protest, we can only watch and wait with him. This is another link in his long chain of protesting against unjust, inhuman treatment. Is it not time that the world takes up his and his people's cause? Have the Crimean Tatars not suffered enough merely because they live in a strategically significant area? They are the David, unarmed, unprotected, against the mighty Russian Goliath.