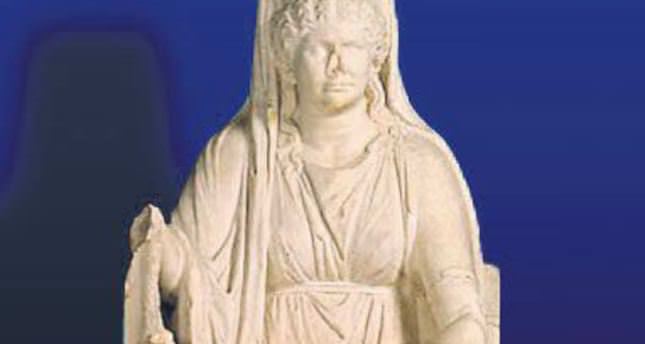 In 1907, Jarvis organized a gathering with a small group of people at her home and handed out white carnations in honor of her mother, a woman who cared for wounded soldiers from both sides of the Civil War. Then, in 1914 President Woodrow Wilson officially marked the day as Mother's Day

When I was a child, it was always exciting to plan what to do and what to buy as a gift for my mother on Mother's Day each year. Days in advance, my brother and I would brainstorm, trying to decide on the best gift; the one that would show our gratitude and love. No mother should have to cook on Mother's Day, so finding the perfect place to dine and convincing our father to make a reservation at the eleventh hour was always a challenge. When the day finally arrived, we would proudly present her with our gifts and shower her with hugs and kisses. Her response to our poorly wrapped gifts would always be, "Oh my sweethearts, thank you very much. It is very kind of you but you shouldn't have."

In time I came to realize that it wasn't the gifts that made her most happy; it was the love and affection we showed. It was the tears of joy that flowed from her eyes while reading our scribbled notes in the cards. Now that I am a mother too, I understand my mother so much better. It is true that mothers and daughters are closest when daughters become mothers. I never knew how much love my heart could hold until someone called me "mommy."

Motherhood is a miracle from God. When it comes to a woman, nothing is impossible. She can do anything and everything with her eyes closed and hands bound behind her back. She has magical powers such as curing pain with her gentle and tender kiss. Even science can't explain how a human body can bear only up to 45 del units of pain, yet a woman giving birth feels up to 57 del of pain, which is the equivalent of 20 bones being fractured at the same time.

Today is the 100th year that Mother's Day has been celebrated. Millions of people across the globe will use the day as an opportunity to honor their mothers. Children will present their mothers with handprints, crayon drawings and gifts purchased with their pocket money. But none of them will have any idea as to how the day began to be celebrated 100 years ago.

Even though Mother's Day was officially marked as the second Sunday in May in 1914 by President Woodrow Wilson, it actually goes back to the era of the ancient Greeks and Romans. The earliest account of Mother's Day dates back to the ancient annual spring festival the Greeks dedicated to their maternal goddesses. The Greeks used the occasion to honor Rhea, the wife of Cronus and the mother of many deities of Greek mythology. Ancient Romans also celebrated a spring festival called Hilaria dedicated to Cybele, a mother goddess. It may be noted that ceremonies in honor of Cybele began some 250 years before Christ was born. When we consider that Mother Nature wakes up in spring, choosing this season to celebrate these occasions is symbolic.

The more recent history of Mother's Day dates back to the 1600s in England. Here a "Mothering Sunday" was celebrated annually on the fourth Sunday of Lent - the 40-day period leading up to Easter - to honor mothers. After a prayer service in church to honor the Virgin Mary, children brought gifts and flowers to pay tribute to their own mothers.

However, the Mother's Day idea was the brainchild of Anna Jarvis. Jarvis is recognized as the founder of Mother's Day in the U.S. Though she never married and never had children, she did her best to honor all mothers. When Jarvis was 12 years old, her mother Ann Reeves Jarvis, known today as a peace activist, was praying in a Sunday school class after teaching her young charges about mothers in the bible.

She spent much of her time caring for wounded soldiers on both sides of the Civil War. She repeatedly prayed: "I hope and pray that someone, sometime, will found a memorial mother's day commemorating her for the matchless service she renders to humanity in every field of life. She is entitled to it." In 1905, Jarvis' mother passed away and not long after Jarvis stood near her grave and vowed to be that person.

In 1907, Jarvis organized a gathering with a small group of people at her home in honor of her mother. In 1908, she arranged for white carnations to be handed to mothers in the Andrews Methodist Episcopal Church in Grafton, West Virginia, where her mother had taught Sunday school.

Later on she shared her idea for founding an official Mother's Day to commemorate all the mothers alive and those who had passed. The day was meant to be celebrated by staying at home with one's mom and expressing the deep love and gratitude for all that she does. She chose the second Sunday in May as it was the closest day to her mother's May 10 death and, of course, Sunday is a holy day in Christianity.

This idea attracted many people. Finally in 1914, Mother's Day was celebrated in every U.S. state and President Woodrow Wilson declared the day an official holiday.

It was actually a very successful campaign when one considers that there was no social media in those days. But it didn't succeed entirely in the way Jarvis had intended. Greeting card, candy and flower companies began using Mother's Day as a marketing tool. White carnations became the holiday's symbol. Anna Jarvis was disappointed and angry. "A printed card means nothing except that you are too lazy to write to the woman who has done more for you than anyone in the world. And candy! You take a box to Mother - and then eat most of it yourself; a petty sentiment," Jarvis said.

Jarvis ultimately didn't support the holiday because she was against the commercialization that surrounded it. In about 1920, she began warning people not to buy flowers and cards for their mothers. Jarvis was even arrested protesting Mother's Day and said she regretted creating the holiday.

Jarvis was right. Today, the day reflects extreme consumerism and commercialization but in a nutshell there is no doubt that each and every day deserves to be Mother's Day since mothers deserve everything. Hug your mother on Sunday and every day, and count your lucky stars that you have a mother to honor.