Mining: Deadliest occupation in the world 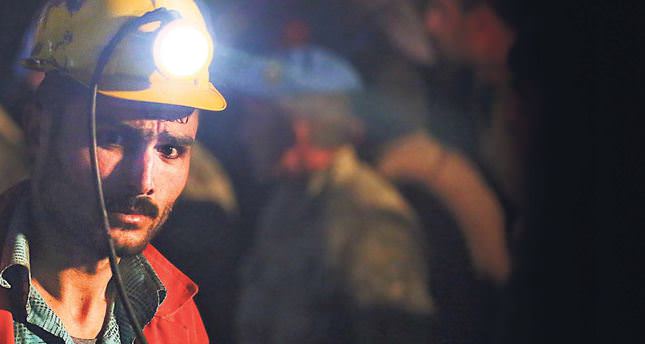 Mining has always been a risky job, particularly in developing countries and countries where safety standards are not as diligent as others. The number of deaths, casualties and accidents which result from mining the world over is astonishing

ISTANBUL — Mineworkers work at depths of 50 to 100 meters, and it is not easy to respond to an accident immediately, which makes the situation worse, causing an increase in casualties. Here are the deadliest mine accidents in the world caused by a variety of reasons, ranging from poisoning and fire to being trapped and experiencing explosions. The Benxihu Colliery in China is known as the most tragic mine accident.

This iron and coal mine began to operate under Chinese and Japanese control in 1905. On April 26, 1942, a coal-dust explosion, which is a prevalent hazard in underground mines, caused a full third of the workers to die on duty at the time: 1,549 dead. A tremendous effort was devoted to kill the fire by cutting off the ventilation and sealing the mine, but that method left many surviving workers inside to suffocate to death. It took 10 days to remove the bodies, and they were buried in a mass grave.

A similar kind of tragedy hit China again when 682 mineworkers died on May 9, 1960, in the Laobaidong colliery coal dust explosion.
The next accident is the Courrieres mine disaster, which is the worst mining disaster in the history of Europe. As in China, a coal-dust explosion devastated this mine in northern France on March 10, 1906. According to official reports, at least two-thirds - 1,099 - of the miners working at the time - including many children - died. Most of those who survived suffered severe burns or got sickened by gases.
Some survivors underground lived for almost 20 days, and three of them were under 18 years of age. Bitter strikes from the angry public occurred across the country due to the accident.

The deadliest mine accident in Japan's history happened at the Mitsubishi Hojyo coal mine in Ky?sh? on Dec. 15, 1914. An accident caused by a gas explosion killed 687 workers; however, Japan's mining tragedies would continue. On Nov. 9, 1963, 438 miners died because of carbon monoxide poisoning in the Mitsui Miike coal mine in Omuta, located in Fukuoka Prefecture. This was the largest coal mine in the country and continued to operate until 1997.

In the United Kingdom, the Senghenydd Colliery Disaster happened on Oct. 14, 1913, a time when coal output had reached its peak. The cause was most probably a methane explosion that ignited coal dust; 439 miners were killed, making it the deadliest mine accident in the UK.

However, this was neither the first nor the last mining accident in the country. Before that, 290 died because of a gas explosion at the Albion Colliery in Cilfynydd on June 25, 1894. On Sept. 22, 1934, 266 were killed in the Gresford Disaster near Wrexham in North Wales.
The biggest mine disaster in South African history, the Coalbrook North accident, was also one of the worst mine accidents in the world. A rock fell in a section of the mine and trapped 437 miners on Jan. 21, 1960; 417 suffocated to death by methane poisoning. One of the main problems was that there wasn't a big enough drill to cut a large hole for the miners to escape. However, South Africa was going to face another huge mining disaster. On Sept. 16, 1986, 177 were killed at the Kinross gold mine in Evander, which is known as the world's worst metal mining disaster.

The deadliest mine accident to date in the history of Zimbabwe, the Wankie coalmine disaster, took place on June 6, 1972. A series of underground gas explosions occurring at the Wankie colliery killed 426 miners. Eight men were rescued alive from the mine after the initial explosions. Two new explosions on June 7 poured clouds of poisonous gas into the 4.8 kilometers of tunnels, making further rescue attempts impossible. Three bodies had been recovered after the initial explosions, and on June 9, the general manager of the colliery decided to leave the 423 bodies where they were. Then, a mass memorial service took place at a nearby football stadium where a crowd of about 5,000 people paid tribute.

The Dhanbad coalmine disaster occurred on May 28, 1965, near Dhanbad, a town in India. There was an explosion in the Ghori Dhori colliery, which led to fire in the mines, and the fire killed 375 miners. The Monongah Mining Disaster was the most deadly mining accident in American history. In the accident, an underground explosion killed 362 workers on Dec. 6, 1907 in Monongah, West Virginia. Most of the men were killed inside the mine instantly, as an explosion occurred. Although an official cause of the explosion was not determined, it was believed that an electrical spark or one of the miners' open flame lamps ignited coal dust or caused methane explosions.

As for Turkey, there was a mining accident in Zonguldak on May 17, 2010. In the disaster, 30 miners were killed in a coalmine because of an explosion, which was caused by a firedamp explosion. But this was not the first disaster in the area. On March 3, 1992, 270 workers died for the same reason as above: a firedamp explosion.

This disaster has been known as Turkey's worst mining disaster up until May 13, 2014, when over 200 workers lost their lives due to a mining collapse caused by an explosion in Soma, Manisa, a province in western Turkey. Rescue workers are trying desperately to reach the scores of trapped miners and have managed to evacuate around 50, but according to the latest data, the death toll from the disaster has risen to 205. Unfortunately, the number is expected to increase, which will make it the deadliest mining disaster in the
history of Turkey.
Last Update: May 15, 2014 6:01 pm
RELATED TOPICS