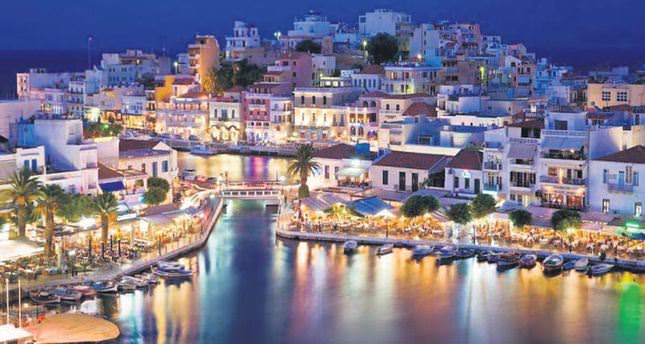 The beautiful and splendid Crete Island has been fought over relentlessly by the Greeks and Ottoman Turks. After great effort exerted from both sides, the Ottoman Empire reigned supremacy and declared Crete theirs

The island of Crete, previously under the control of the Venetians, was declared as a province of the empire after the longest siege in recorded military history, taking 24 years and led by Sultan İbrahim I. The island's position was of extreme importance to the Ottoman Empire. Its very existence threatened Ottoman control across the Mediterranean and Aegean Seas. Beginning in 1645, the fall of Crete took over two decades, making it easily the longest siege in history, a full 12 years longer than the second most-prolonged siege - the siege of Philadelphia, also won by the Ottomans.

Under Ottoman rule, Cretans enjoyed many important privileges. They were exempted from the traditional Timar system, avoiding the Ottoman land tenure, and a number of taxes. When Greece gained independence in 1832, they attempted to annex Crete. The island of Samos won autonomy after the War of Greek independence. The next target was Crete. The Cretans took part in the revolution, but failed to shake off their imperial rulers.

At first, Greek spies were sent to the island. The young agents were instructed to revolt against the rule of a decaying Ottoman Empire. The local uprising was only suppressed with the aid of Muhammad Ali of Egypt. A Russian-provoked unrest then broke out in the island where the Christian community made up a large part of the population. As well as Greek volunteers, the uprising involved several of Europe's major powers. The Ottoman Grand Vizier Ali Pasha took control of the Ottoman forces but was forced in 1868 to make serious concessions, turning Crete into a virtual autonomous state.

The Pact of Halepa was made in 1878 between the Ottoman Empire and the representatives of several European states. It was signed in Halepa (Chania). Crete became a semi-independent parliamentary state within the Ottoman Empire under a Christian governor. By this time, a large proportion of the local Muslim population had moved to Turkey. The number of Muslims declined year by year.

In response to the rebellions, the Pact of Halepa was abrogated. When violence erupted again in 1896, the Greek Government sent its forces to the island. The Great Powers of the U.K., France, Austria, Germany, Italy and Russia, surrounded the coast.

The U.K. attempted to withdraw all Greek forces, while Austria and Germany withdrew their ships. Ottoman control over the island was restricted. The locals reacted strongly toward the incidents, chanting the national anthem which says "Crete means everything to us, we sacrifice our blood."

The Cretan struggle accelerated the Greco-Turkish war of 1897, known in Greece as the "Black '97." Although the Ottomans won the fight, they were unable to retain power. The Great Powers announced the new status of the island. The fully autonomous Cretan state was established under the Ottoman suzerainty and Prince George of Greece was appointed as the high-commissioner. The Ottoman Empire was not allowed to collect a tribute or name the governor. The Great Powers forced the Ottomans to abandon the island over time, yet Crete was still obliged to pay a fixed tax. More explicitly, the Greco-Turkish War of 1897 ended against the Ottomans, but in favor of the defeated Greece. The governor, though under the command of Istanbul, acted like a deputy. In 1899, a draft constitution was presented to the constitutional assembly.

Prince George was entitled to issue money, present a coat of arms and adopt a separate flag. The constitution adopted regulations for the future of the Cretan Muslims rejected by the Ottoman Empire.

However, there was nothing to do. The Greek prince was given the privilege to appoint the Qadis, Islamic Ottoman judges. Further, all state officers were obliged to take a loyalty oath before starting work. While from the outside the matter appeared resolved, such privileges only created unrest among the Cretans. The Qadi of Kandiye, assigned from Istanbul, was pushed to go back in 1910. The Great Powers asked the Crete government to elect the Qadis among the eligible locals by the Muslims.

Doubtful about the pro-Greek ideas of the Prince, a group of Cretans staged a revolt under the leadership of politician Eleftherios Venizelos. The Prince had no choice, but to flee from the island. Another high commissioner was assigned. The Muslim representatives caused a stir at the Cretan Assembly gathered in 1910, asking to take a loyalty oath to the present Greek King. Following the rejection of the Muslims, the assembly was suspended for four months. When the assembly was reopened, the Muslim members were recognized without taking an oath. Meanwhile, the Cretan Assembly assigned a representative to the National Greek Assembly in Athens. In 1908, the Cretan Government decided to annex to Greece, yet failed due to English intervention.

The Ottoman Empire ceded Crete once the Treaty of London and Athens was signed after the First Balkan Wars broke out between 1912 and 1913, bringing to an end the Ottoman's near-300-year reign.
Last Update: May 17, 2014 1:02 am
RELATED TOPICS