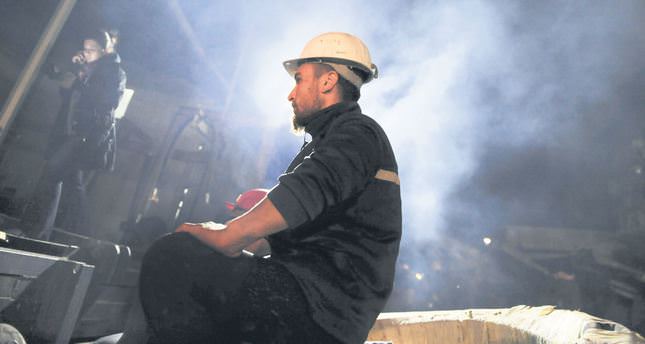 by Jane Louise Kandur May 24, 2014 12:00 am
Much has been written about the mining disaster that occurred last week in Soma. We have all read about the poor conditions, the negligence of safety measures by the operating company and about the great risks involved in this most difficult of occupations. The heroes of the disaster, the men who risked their lives over and over again to rescue their comrades, have been lauded and applauded. It is these heroes who head the drive for reforms and improvements in coal-mining - they are there to remind us that no occupation should be in need of such selfless actions; they are the conscience of the nation. Unfortunately, the heroes of Soma have had many predecessors over the centuries and throughout the world.

The history of mining stretches back far into the annals of history, with Ancient Romans and Greeks using shallow mines to attain coal. Deep mining started in the 18th century; along with this development came the disasters that affect this dangerous occupation. It is such tragedies that bring to the fore these amazing heroes.

Not all mining heroes emerge from disasters; for example, Stakhanov, an official hero of the Soviet Union, mined 102 tons of coal in just over five hours, 14 times his quota. Stakhanov's heroism is one of strength rather than courage, but it was used to inspire many Soviet children to strive for the best, to display superhuman efforts.

Two important examples of great heroism in mining are the fearless Americans who inspired Andrew Carnegie to set up the Hero Fund. Selwyn Taylor and Daniel Lyle dove into the Harwick mine in Pittsburg, Pennsylvania to save miners trapped by an explosion. Their heroic leap was futile; not only were they unable to rescue anyone, they lost their lives in the attempt. But it was not the number of people saved or the efficacy of their efforts that moved people; it was the spirit of their action that led Carnegie to honor them.

Carnegie engraved his thoughts on heroism on a marker erected in Scotland to honor a 17-year-old boy who drowned while trying to save another: "We live in a heroic age. Not seldom are we thrilled by deeds of heroism where men or women are injured or lose their lives in attempting to preserve or rescue their fellows; such are the heroes of civilization."

Mining is the work of a hero of civilization… to go far underground, day in, day out, knowing that a slight spark, a blocked air vent, or hitting a pick in the wrong place can lead to disaster, not just for yourself, but for everyone around you.

The mines are the birthplace of camaraderie. They are the birthplaces of many unions; the miners fought for their rights, marching, striking and protesting. When one has to work in such conditions, it is only natural that this solidarity emerges, leading men, women and families to come together and fight for a better life.

However, it is not only when tragedy strikes that most of these heroes come to the fore. How unfortunate that we cannot recognize them without the occurrence of great sadness and loss.

Last Tuesday presented us with some new heroes. From Murat Yalçıntaş, the lad who did not want to put his dirty boots on the stretcher in the ambulance so that it would remain clean for those who would be rescued after him, the epitome of thinking of others at a time of disaster, to the man who did not take time to phone home to tell his loved ones that he was alive. Rather, he dove straight back into the mine to bring out his comrades. Only four days later, when all the corpses had been removed was it realized that he was not one of the victims, but one of the heroes. And the lad whose father recognized his shirt as he emerged from the mine, but never saw him again. He too ran back to save his comrades, and did not re-emerge.

And then there was Mehmet Efe, who went back into the mine not once, not twice, but three times to save his friends; however, he did not come out after the third time, and like his grandfather before him, lost his life in the Soma mine.

The danger inherent in mining is the essence of this occupation. This is never a job to be despised or disparaged. It is not a skilled job perhaps; but it requires something greater than education or training. It requires a heart and courage; it requires a dedication that is beyond the normal man.

The heart-warming actions that are emerging from countries distant and close, for example, from Palestine and from Bosnia, both places that are suffering due to their own tragedies, caused by human cruelty or by natural disasters, is amazing.

Mosques in Palestine held funeral prayers for the men lost in Soma - Palestine, a country suffering from embargoes, attacks and oppression, took the time to remember miners who were digging out coal for a country far away. In Bosnia, all the mosques throughout the country, a country inundated with the worst floods in living memory, held a funeral prayer for the Soma miners.

Muslims in Kosovo, Azerbaijan, Albania and Russia also held funeral prayers for the lost men. This, more than anything else, sends a message. The heroes of Soma have touched the hearts of all, near and far.

The people who gave their lives doing a job that is always dangerous, and a job that is seriously underpaid, are being remembered. Such tragedies bring together the Muslim community, as well as bringing together miners throughout the world. This is a solidarity that we non-miners can only strive to understand. Donning a hardhat, smearing our faces in coal is not sufficient to empathize with their situation.

Indeed, when asked where Soma was, some of the people who carried out the "protests" replied "somewhere in Africa." Rather than manipulating this great tragedy for political ends, we should strive to study the historical and current situation of the miners; this is the only way that their working conditions can be understood, and it is only with this understanding that efforts to ameliorate such conditions can be made.

Let us honor these heroes of civilization, those who lived and those who died. Let us work towards ensuring that they can work in better conditions and are given the recognition, financial and otherwise, that they so deserve. It is no coincidence that mines were the birthplace of many labor movements or that some of the greatest heroic acts have emanated from these dark tunnels. These men should be commemorated as heroes and all necessary actions should be taken to ensure that such heroism is no longer necessary in mines anywhere in the world.
Last Update: May 24, 2014 3:00 am
RELATED TOPICS