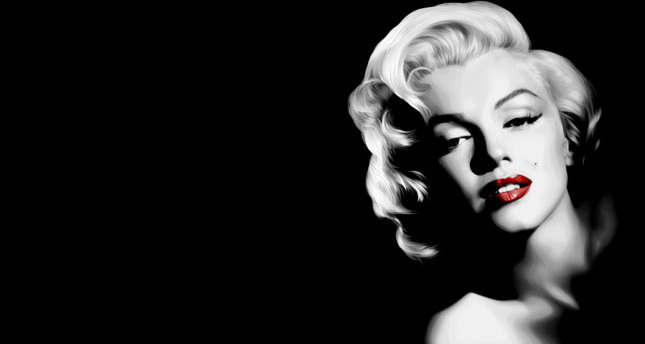 The extravagant and memorable life of Marilyn Monroe gradually dwindled but engraved in our memories is the beautiful and talented woman that she was. Fifty two years after her death, her birth is still celebrated

The 20th century's iconic "skirt-blowing scene" comes to mind when thinking about America's premier superstar Marilyn Monroe. Even 52 years after her death, you can come across Monroe's flirtatious photos or paintings everywhere you turn. Famous for her sensational debut and lifestyle, the American actress's public life ended in tragedy. Numerous female models and singers are following her lead, notwithstanding.

No one knows for sure about Monroe's biological father. Her mother and close relatives were said to suffer from mental diseases. Monroe spent a significant part of her earlier life at orphanages and with foster parents. Enduring a childhood of sexual abuse, the 16-year-old Monroe tried to pick up the pieces during her first marriage in 1942. Contrary to other young women dreaming of happy life with children, the iconic celebrity was not contended with her marriage, which ended four years later. It seems unlikely that her husband's presence was sufficient for Monroe. She was complaining about the lack of common interests and wishes. The alluring woman began her career as a model, opening the doors to a moving life.

Not long after, Monroe tasted the world of cinema in minor appearances. Born as Norma Jeane Mortenson, Monroe welcomed the highsounding world of Hollywood. She was unable to make a hit in her first appearances and took a break. Taking leading roles in "Gentlemen Prefer Blondes," "Some like It Hot," "The Seven Year Itch" and "How to Marry a Millionaire," she gained acclaim with her "dumb blond" persona.

After making a splash with her seductive stance and humorous effect, Monroe became a magazine-hit upon her next marriage with baseball legend Joe Dimaggio. Her second husband, however, became easily fed up with Monroe's scandalous life and intensive working hours at Hollywood studios. Her marriage was not a happy one with persistent fights. The two divorced after nine months. Ambitious enough to make a clean break, the American celebrity studied at New York's Actors Studio to become an important and prestigious drama actress. Her attempt to leave everything aside was criticized by the Hollywood circles. Monroe's attitudes, however, reflect the soul of independent women.

While studying in New York, Monroe had an affair with famous playwright Arthur Miller. The couple got married after a short period of time. Seeking a reputable career, Monroe took a turn to an intellectual life with her third and last marriage. Although everything seemed to be on track, they were doomed to failure.

Miller was extremely fed up with her personal feuds and breakdowns of Norma Jeane, the real Marilyn Monroe. She was said to adopt Judaism for the sake of happiness and continued on this path four years only.

After she returned to Los Angeles, her drug and alcohol addiction combined with emotional problems stirred Hollywood. Monroe's heightened depression forced her to stay at a healthcare center for a while. Her last work "Something's Got to Give" remained an unfinished American feature film due to her personal troubles and unwillingness to work on some film sets. She was first dismissed from the film when the magazines circulated that rather than attending the film shooting, she flied to New York to celebrate late American President John F. Kennedy's birthday. Later, a new agreement was made with the help of her co-star Dean Martin. However, by that point no one had seen Monroe. She was found dead by her psychiatrist on Aug. 5, 1962. The officials reported that Monroe died due to acute barbiturate poisoning, and her death was listed as a probable suicide. Open to dispute, some further evidences suggest that her suspicious death might be associated with the CIA, JF Kennedy or the mafia.

In all her innocence and purity, Monroe desired more than becoming a "dumb blond." She took on many different roles like being a model, secretary or street walker. Monroe's fast-paced life turned into an icon from an actress. She gradually lost her well-known persona, becoming a sensitive but unconfident woman. I believe Monroe was desperately seeking happiness. Apart from her unforgettable beauty and charm, Monroe has been engraved in our memories with her childish but feminine smile. Maybe she would not have become "the most desired woman of all time" if we had the chance to see her elder years like Bridget Bardot or Sophia Loren. It is also difficult to believe how she became a legend in her short life with 29 films. People competed against one another to buy her belongings sold at various auctions.

To summarize, her life was surrounded with loveless childhood, collapsed marriages, rehabilitation treatments, abortion experiences and drug addiction. Headed for Hollywood, Monroe was unable to carry the heavy burden of being a celebrity. No matter, she became a Hollywood star, she is one the victims of flamboyant life and died clutching her best friend "phone" in her right hand.
RELATED TOPICS