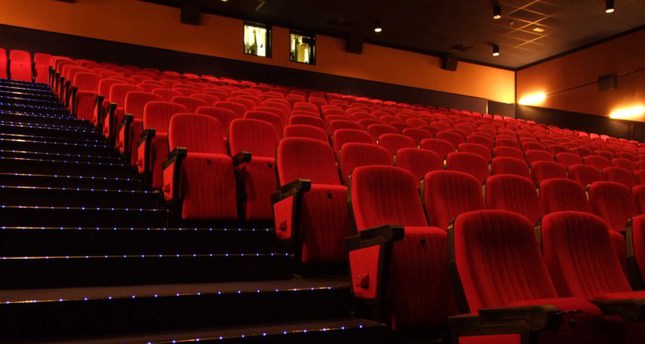 Western-style Turkish theaters were on the rise after the founding of the Turkish Republic but faced numerous restrictions during the 1980 coup. Nowadays alternative theaters excel with well-established stages and innovative artistic techniques

The 1980 coup had a debilitating impact not only on the country's democracy, but also cultural and intellectual life. Many Turkish theater artists were either tortured or arrested first and then tried. Furthermore, people were forced to become detached from social and artistic life which they were not wholly engaged in. Similar to the social impacts of restrictions on basic commodities including gas, oil, sugar and cigarettes, relentless surveillance destroyed the freedom of thought, creating crises in artistic fields from theater to cinema. Turkish theaters were brought back to life when the military junta's waning control of social life gradually perished.Interestingly enough, Turkish theater produced the most prominent artists of those times.

Among the most accomplished playwrights are Ferhan Şensoy and Memet Baydur, both of whom continued their education in Europe and excelled in Turkish theatrical practices as well as theater studies in general. Nonetheless, we must admit that the military coup caused a general decline in theatrical productions. Previously, when Turkish state conservatories presented their first graduates from theater departments, they introduced commendable performances on both state and private stages.

By the 1990s, Turkish theater entered a new open-minded phase with more advanced technology that allowed playwrights and authors to follow arts movements and current developments from around the world. In this respect, "The Mesopotamia Triology" by author Murathan Mungan that deals with the traditional life in southeastern Turkey and the preliminary works of playwright Özen Yula are worth mentioning.

There were further significant aesthetic changes, not only to theatrical texts, but also to costuming, set design and lighting. Generally speaking, state and city theaters attracted spectators' attention with eye-catching sets and costumes. Today we observe different practices of set design at city and state theaters. Unfortunately, there are only a few Turkish theaters that have produced innovative sets and lighting with some marked improvements.

Presently, alternative theaters, whose popularity has gradually expanded due to innovative set designs and different textual practices, appear to break the old molds. If you have the opportunity to closely examine alternative theaters' stages, you presumably will notice that they cannot help themselves and rely on clichés. These alternative theaters adopt creative and experimental interpretations of art influenced mostly by current social events. I believe it would not be an exaggeration to say they are a part of an art tradition dropped out of the sky.

If we look at the progress of European art, a revolutionary understanding is adopted in which a new art movement emerges while collapsing the previous one. Although a standard perception of theater was recognized upon the founding of the Turkish Republic, it has been adding different dimensions over the years. Apart from certain successful groups and projects, our theaters merely repeat themselves.

Everyone knows that a well-intentioned idea cannot always turn into a masterpiece. Therefore, it could be argued that alternative theaters are "in progress" and in search of new ideas. Although open for discussion, alternative theater groups' superficial use of sex, swearing and violence in their plays affirm their immaturity. Theatergoers generally empathize with what they see on stage.

Some of them have created sudden impressions among society by surpassing common techniques of reflecting life. However, they remain unable to transform the previous movement or revolutionize society.

I had high hopes for many of the performances I attended when I first read their leaflets, yet they showed themselves as incapable of staging the advertised material. To a certain extent, the underlying reason for this is that alternative theaters do not fully understand previous theatrical movements. It requires experience and a degree of mastery to create innovative and alternative concepts.

We do not have a promising view ahead of us today. Samuel Beckett, for example, first studied the philosophy of tragedy before producing those of his own.

To summarize, alternative theaters should be considered a cultural asset. However, if they do not make any progress continuing to stage their plays without understanding the philosophies of previous movements, they will not mature or flourish but remain a baseless art.
Last Update: Jun 27, 2014 1:34 am
RELATED TOPICS