A day in the house of lords and house of commons 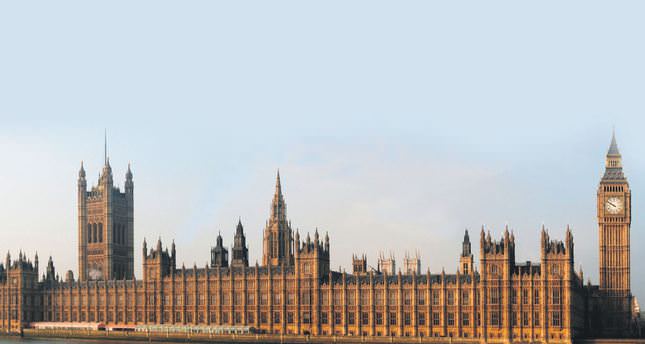 Two of the major British political parties, the Conservatives and the Liberal Democrats, demonstrate their different approaches to politics, culture and democracy

What an interesting day lay in front of us. The British Conservative Party (also known as the Tories) had promised to show us around the Houses of Parliament in London in the morning, and a Baroness from the British Liberal Democrat party had invited us to tea in the House of Lords in the afternoon.

I had lived in London for a number of years, but had never walked in front of Westminster, let alone entered it. I had driven past, walked along the river on the other side, gone under it in the tube, but had never actually gone there. Walking down Whitehall was a strange feeling. I had last done this when a child; all the rest of the time, not being a tourist in the city, it was not a place that was a physical entity in my daily life; now, approaching it as a tourist was certainly an odd experience.

The Conservatives were gracious. But the young conservative who met us at the door was exactly that. A Young Conservative. He couldn't help looking a bit snooty at us (I would say he looked down his nose at us, but he was shorter than most of us). But he gave us a very gracious tour, explaining everything to us, much in the way he had probably explained it to numerous school children in the past.

During a lunch of sandwiches and tea we talked about what the conservatives do, and what their plans are. They are terribly concerned that the number of immigrants coming to Britain are not becoming integrated into society. Not only are they continuing to speak the language of their countries of origin, their habits and manners remain unchanged. With horror we were told how Liz St. Clair, who was representing the Conservative Women's Organization (although a director of cross-party policy development) had gone to a region in Bradford, a city that has a large Southeast Asian community, on a Friday. Not only was their no woman to be seen on the street, the men were all going to the mosque. They avoided St. Clair, not wanting to talk to her. She explained with shock and horror how when she asked one man for directions; marching right up to him, he just pointed the direction she should go with his chin. St. Clair was unable to understand why the men were not making contact with her, and was upset that they should continue to carry out their traditions and religious sensitivities in Britain.

According to St. Claire this will have to change; in addition the Conservatives are planning to introduce policies that will prevent parents from "mutilating" children's bodies. These include tattooing, piercing, and circumcision - both male and female. Considering the support this party gets from the Jewish right, one is forced to admire the audacity of such an approach. St Clair told us how women were being forced to wear headscarves in certain communities, including some of her own close relatives. The underlying message, when tied into the "no mutilation of the body" policy, is that women will be protected from being forced to cover. This is all very well and good; no one should be forced to wear a headscarf.

However, there is a thin line between ensuring that no one forces another to do something and banning this act outright, prohibiting the headscarf in public education, and perhaps other public spaces, to ensure that women are "free". After lunch we met with Baroness Meral Hussein Ece, a woman who has been given an OBE for her contributions to local government; the Baroness was representing the Liberal Democrat Party. The Baroness hosted us in the House of Lords, giving us a sumptuous tea of scones, clotted cream, macaroons, and cucumber sandwiches , with the crusts duly cut off. Oh, and tea.

Baroness Hussein Ece was graciousness personified, coming down to the central lobby to meet us herself, telling us about her life and her work in the House of Lords. Halfway through the breakfast Floella Benjamin walked by. For those of you who did not grow up in Britain eons ago, Floella Benjamin was a presenter on Playschool.

She is a person engraved on my childhood memory. She has had an active career in British television, and has been a vocal supporter of many minority causes. Baroness Floella stopped, greeted us individually and told us how women should act in politics. "Stand tall, smile and say 'No, this is as far as I go.' Stand your ground, but gently. When you need to say 'No', say it firmly, confidently. Baroness Hussein Ece is very good at this. We have struggled together here." These words of wisdom accompanied by a genuine, sincere and warm smile were engraved on our minds.

Baroness Floella Benjamin and Baroness Meral Hussein Ece made us feel welcome in a place that until recently didn't even welcome women, let alone minorities. They had struggled since being appointed 4 years earlier, but they have clearly made huge inroads. The Baroness accompanied us to the door, where she kindly stood in a photograph with us.

Then it was the turn of the Liberal Democrats to host us. Jonathon Fryer was waiting for us. Then the others started to drift in. The conversation turned from women in democratic movements in Turkey to the situation in Turkey, to the ISIS problem, to their upcoming elections. They were warm, friendly and open.

In a self-deprecating manner they told us how the number of European Ministers has dropped to one; but, they stated, that with this one MEP they now had 100% women's representation in Europe from Britain. They discussed a number of different projects, and the lively exchange of information and ideas was so exhilarating that we did not notice how time passed. The transparency and openness, as well as the interest, could not have been further from our experiences in the morning, when few questions were asked during what was basically a lecture on how minorities who came to Britain did not know how to act like Britons. So, House of Commons, House of Lords, Lib Dem, Conservatives? These were the highlights of the day, and, as incongruous as it may seem, it was the House of Lords and the Lib Dems that took the day.
Last Update: Jul 01, 2014 1:10 am
RELATED TOPICS