What does Gülen have to do with Muslim women's activism? 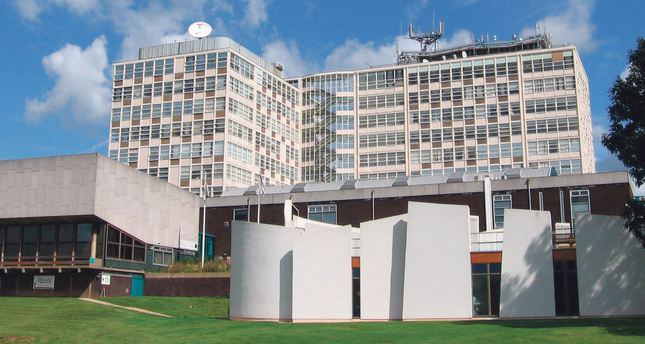 Men and women came together last Thursday to talk about Muslim women activists. It was a day of inspiring talks and enthusiastic support. Yet not all the lectures were so relevant or thought-provoking

Last Thursday the University of Derby held a oneday conference entitled Muslim Women's Activism. The attendees were interesting, mostly women, of course, but the token male figure was present. People had come from Europe, and a few from as far as America. While there were women who covered in a variety of ways, reflecting their religion different cultures, there were many who did not cover, who made no statement about their religious affiliations. What brought all these people together, activist, scholar or otherwise, was the opportunity to discuss this "new" phenomenon of Muslim woman activists.

So what is a Muslim woman activist? Is she a feminist? Is she an "Islamicist?" Is she radical? Is she conventional?

At Derby the talks covered a wide range of topics, from women who face violence in South Asian British communities, to Muslim women activists as an anti-war symbol, women's rights in post-revolutionary Egypt, and the political identity of Muslim women in France and Belgium; from leading women in the history of Islam, in Muslim societies of the past, to Muslim women today, who are "tired but determined," and closer to home, from Istanbul Turkey, the impact of ISMEK on women's activism, and AK Party Women's Branch as a grass roots movement.

This in itself created a fantastic opportunity to learn from people from all over the world; in addition, Derby University arranged a platform on which women and men, Muslim and otherwise, people were interested in similar topics could come together. Janaan from the United States not only was a lawyer, but also a broadcaster, and full of insight and information. Sariya, who organized the entire thing, was definitely an intellectual, but also a caring soul, running around to make sure everyone was comfortable and that all the presentations were proceeding as necessary.

Some people sat in corners, doing last minute changes to their presentations, while others shared cups of coffee and insights from different sectors and countries.

There was one person who I must say was the "odd man" out. Reverend Dr. Ian Williams from the Markfield Institute of Higher Education came to talk about Fetullah Gülen and the role of women in the Hizmet movement.

Coming from Turkey, having experienced all the drama of the past eight months, we were dying to hear what he had to say. Turns out, it wasn't much. This is not to denigrate the Reverend Doctor. I had a look at his CV, and he has carried out studies on a number of serious subjects.

Obviously a learned man. However, he did not bring out this persona for us. Rather, he told us about how originally women were not much to be seen in the Hizmet movement, being relegated to the role of mother. But over time they were allowed to spread into teaching. This statement was supported by two quotations that the Reverend put up on the screen, taken from a translation of Fetullah Gülen's words; paragraphs that supposedly supported his thesis that women were making headway in the movement. Now, a translation of Fetullah Gülen's words is like a translation of Shakespeare….it is intelligible, but it loses all the punch and vigor of the original. The first one said "he is a teacher…." The second one said "he/she can be a teacher, a molder of minds…" (or some such similar sentiment).

During the answer and question session it was pointed out that in Turkish there is just one second-person pronoun "O," which can mean he or she, and as a result, basing one's argument of progress on the fact that the first extract said "he" and the second said "he/she" was to base one's argument on a translation that might not necessarily reflect the author's sentiments; the Reverend Doctor quickly changed the subject.

More interestingly, the Reverend Doctor put up a slide of an angry, almost monstrous Recep Tayyip Erdogan, next to a benign, grandfatherly Gülen. This slide stood on the screen for a good five minutes during his talk. Nothing in the talk had anything to do with the slide. I have seen the technique before. It is not what is spoken; it is the message given by the slides, given by what is said in the background that is important. The message was the movement has influence throughout the world and Erdogan is a mad dictator - all said without words, so not libel or slander.

It was the one sour note in a long day of women and men, Muslim and otherwise, coming together to discuss and debate the "new" phenomenon of the Muslim woman activist. Muslim women in Britain today firmly occupy the public space and articulate their demands; this is a long way from how they were 20 years ago. However, although a new acquaintance for many European countries, the Muslim woman activist is not a new phenomenon in the Muslim world, where she has existed since the advent of Islam.

The Muslim woman activist is a person who strives for transparency, honesty, education, growth and equity. The conference ended on a high note, with everyone loathe to leave their new friends, feeling that this was the start (or continuation) of something new and important.
RELATED TOPICS