And you thought you wanted to stay in Turkey 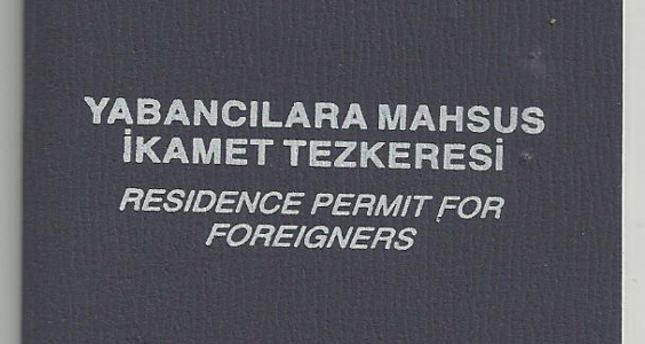 In order to enjoy the beauty that a place has to offer for an extended period of time, one must obtain a residency permit. The end result may leave many memorable pictures on your mantle piece but only you will remember jumping over the hurdles to get it

Hey yabanci, yeah you. So you've been in Turkey for nearly three months but you can't bring yourself to leave. After all, in many ways Istanbul is a wonderfully convenient city in which to live. However, gone are the days of making a border-run to renew your Turkish visa every three months - no more few-day stays in Greece, no more rickety Soviet train-rides to Bulgaria to sample the wares of lovely Sofia or the ancient Thracian and Roman ruins in Plovdiv. No, Turkey's visa system now only allows for a 90 day stay over the course of 180 days like most other European countries. This isn't the Wild West, uh, Wild East, er, Wild Middle East or whatever, anymore. This means that you now have to leave the place you've been living, your friends and whatever else for three months before you can return. But wait, there is a solution. You can apply for an ikamet tezkeresi, better known to you as a residency permit.

This process, however, might just make you want to leave Turkey for good. Whatever conveniences you may have experienced so far will seem to melt away as you navigate this Byzantine system with its inconsistently enforced requirements, the ways around these requirements and the basic bureaucratic morass you are likely to find yourself in.

Let's start from the beginning shall we? Once you find the website - and it is a wonderful example of a confusing and difficult to use government website - you will have to just follow your instincts and use Google Translate to get to where you need to go. Of course, this entire process will be exponentially easier the more Turkish you know. You need to start by choosing which residency permit you are applying for as they all have different requirements for which forms you will need to show. However, in some cases it might not matter - I have previously applied for a short-term permit only to be issued a long term permit instead.

Now I'm sure that you are all technologically savvy, however, that won't help you in this process. The only Internet browser that the online system (and there is no other system) can handle is the dreaded Internet Explorer … no Chrome, no Firefox, only Internet Explorer. After you wade through the Turkish website you fill finally find an option for English. It seems that the bureaucratic powersthat- be could only allocate enough funds to have about half of the remaining website translated into English. You will then fill out all of the forms, and yes, they really want you to give your mother and father's names, but not their last names even though they might be different from your own. The forms are complete, now you get to choose an appointment at your local emniyet office/police station. Ha, the jokes on you, there are no spots available … please check back later, but only after you have once again filled out all of the forms.

Now, after a week's worth of trying you have your appointment in about a month's time and you show up at your allotted time. Personally, I think you could just show up whenever you want since there is no computer database for them to check. This is where having a modicum of understanding of the Turkish language will be indispensable. Put yourself in the shoes of the poor police officer/bureaucratic clerk behind the desk for a moment. They have been assigned a thankless job dealing with whiney Erasmus students, desperate immigrants and entitled westerners, none of which usually speak Turkish - and he doesn't speak much if any English - so please, be nice to him. That is really the only thing that might make this confounding process a little bit easier.

An important note: Have all of your documents in order, have copies and originals if possible - this will keep you from having to come back later with more official versions than photocopies if they decide that it is important. And yes, you need to show proof of health insurance now. The website only says that you need it for a short-term permit and not for a long-term permit, but hey, who knows? You certainly don't, and in all likelihood they don't know either.

Everything will, however, not go according to plan. This will undoubtedly frustrate you, which in turn will frustrate them, and the cycle begins. You will undoubtedly show up many times over the course of a week, or weeks, quite sure that you have fixed the problems, but you will undoubtedly have done something wrong, of which nobody had ever told you the correct way of doing in the first place. Take heart though, even though it is quite obvious that the people working the emniyet desks have no vested interest in your success, they will simply just get tired of having to deal with you and finally allow you to wait the week it should take to return once again and receive that mythical blue residency permit. A word to the wise though, just wait a little bit longer to collect it; they will appreciate the extra time you gave them for them to get around to doing their jobs.