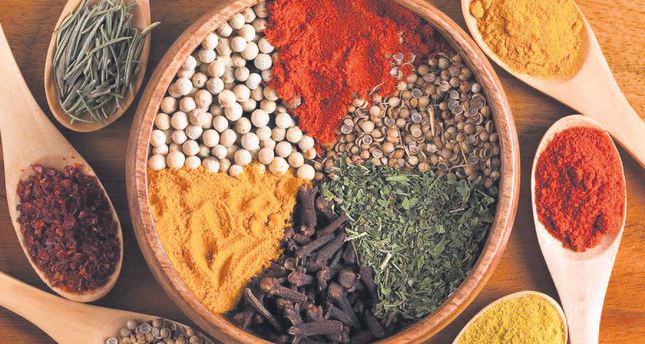 Herbs and endemic plants have been used in medicine for centuries. Turkey has numerous plant species which unfortunately are not being used to facilitate their remedial purposes

Using plants for medicinal purposes has been around long before the advent of modern medicine - ancient Chinese and Egyptian writings from as far back as 3000 B.C. describe the healing secrets of plants. Many cultures have used herbs in their healing rituals throughout history. Researchers found that similar plants were being used around the world as ailment.

It wasn't until the 19th century that chemical analysis first became available, and scientists began extracting active ingredients from plants to modify and use in the making of drugs. Over time, chemists began making synthetic versions of plant compounds, eliminating the use of plants entirely and the use of herbal medicine declined in favor of man-made drugs. Almost one fourth of pharmaceutical drugs are derived from botanicals, which is not nearly enough.

The World Health Organization recently estimated that 80 percent of the world's population relies on herbal medicine for some part of their primary health care. Professor Murat Kürşat of Bitlis University, in an interview with Anadolu Agency (AA), spoke about the flora in Turkey: "Turkey has as many endemic species and other plants as the European continent; however, these plants are not used in the making medications." Turkey is a country with extensive and diverse herbs and other plants. There are 12,000 different plant species in Turkey in which 3,700 of them are endemic. However, only 1 percent to 2 percent of the plants are used for medicinal purposes while Europe uses approximately 70 percent to 80 percent.

Kürşat further said that alternative medicine has advanced rapidly in the world and the plants in Turkey should be utilized for medicine. He said that universities should conduct serious research on this matter. Although Turkey is in a good place regarding botany, it exports many of its endemic plants and then imports these plants once again from other countries. Serious works on botany are produced as a result of the rising numbers of botanists. Recently, "The Book of Turkey's Vascular Plants List" was published with the contribution of almost 100 botanists. Moreover, as botanic studies gain popularity, new plant species are introduced.

According to Kürşat, this success is not enough. "Medicine and pharmacological faculties should immediately start to work on the isolation of active substances of plants and make them a part of the pharmaceutical industry as soon as possible. We aim to build a museum as the Department of Biology but we need a few years to make this happen. When we build a laboratory in our city, many scientists will have a place to study and this will help us to promote our city. Bitlis is a virgin territory for academic studies," he said. Both Bitlis and Hakkari are very rich with endemic plants and the study of botany has resulted in the discovery of many new endemic plants in the south of Bitlis. Many of these plants have already been used by locals for their medicinal and aromatic qualities.

Turkey does make an effort to raising awareness of the many plants and herbs at its disposal. Alaçatı, a small coastal town on the coast of the Aegean Sea in the western province of İzmir holds an annual herb festival in April. The herbs and plants are used to make herbal medicine and
to raise awareness of the existence of these plants.
Last Update: Jul 23, 2014 1:04 am
RELATED TOPICS